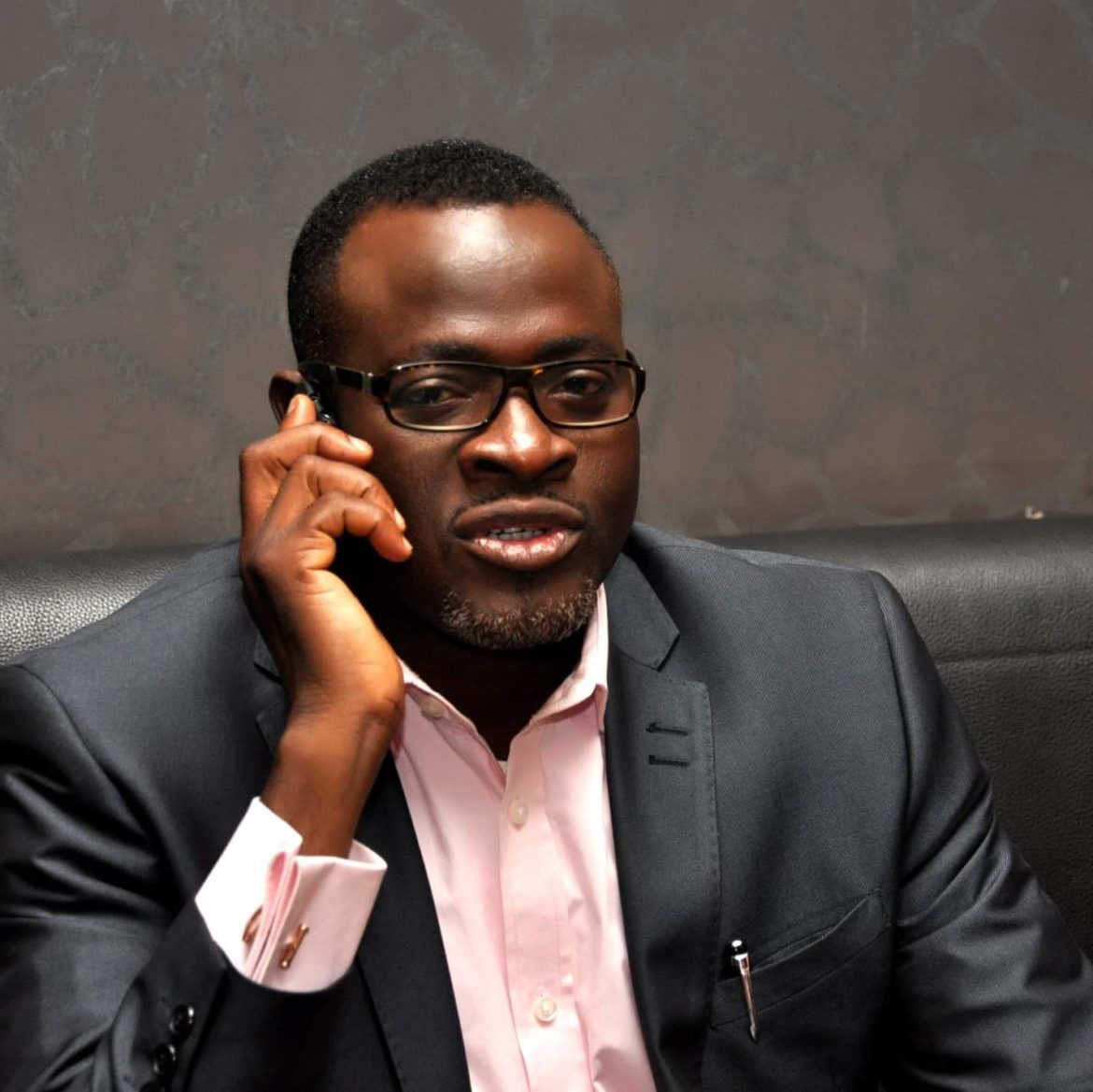 Honourable Tajudeen Ajide is one of the most popular politicians in Surulere and indeed Lagos State today. He was the former council chairman of Surulere local government.  Mention his name within the political circle in Lagos and you will be surprised how many people will tell you they know him pretty well. And the reason is simple. While he served as chairman of Surulere local government, Hon. Tajudeen Ajide was simply phenomenal. His tenure as administrator of one of Lagos State’s biggest and most cosmopolitan local governments was an incredible success. He broke barriers. He accomplished what was hitherto thought impossible for a local government chairman. Little wonder why he was adjudged, within the Lagos political circle, the most outstanding council chairman in Lagos State. For someone who also had to contend with his own health condition and had to be careful how he stretched himself, this gentleman amazed everyone, including his political rivals, with his remarkable performance.

When he was asked how he was able to meet the needs and expectations of people around him, he said,” To be honest with you, it’s not been easy. I try to do the best I can. I know nobody can possibly please everybody. Many have been impressed with me and they show their appreciation. This is why, some time ago before I left office, while we were inspecting work going on in different sites, I told my aides I wanted us to walk some distance and drop the car. They were surprised and didn’t know what to make of my suggestion. I did that because I wanted to test my own popularity. I wanted to see at close quarters the people’s reaction when they see me, whether they would be excited owing to the work we’ve done or they would just be indifferent. But I was pleasantly surprised at the love and affection they showed me. Some even came to meet me to personally express their appreciation. And they showered me with prayers. Like the woman, a professor, who met me at Census. She said they have not had a chairman who has done the kind of roads I have done for them in that area. When you do good to the people, it will show. I was moved by the outpouring of affection showed me.”

But those who know would tell you that this former council chairman was only being humble about his accomplishments. He more than deserves the adulations and show of gratitude he now gets from his people in Surulere even months after he’s left office. The quality of the roads he’s done, the quality of the structures he has built, is second to none. And the people of Surulere couldn’t be happier with him. The man is hugely loved by both the young and old in the community. While he was in office and even now that he has left office, Hon. Tajudeen Ajide does not joke about the well-being of his people. Ask the grassroots in Surulere and they will confirm this. Indeed, he is their son in whom they are well pleased. This explains why many were visibly displeased when he was pressured to bow out of the chairmanship race months ago when the elections were just a couple of days away.

There were too many stumbling blocks thrown his way. At first, there was heavy antagonism coming from within the party. And being a personality who would not roll over and be trampled upon by anyone, he expressed his displeasure and was subsequently suspended by the state’s House of Assembly. Shortly after his suspension was lifted, he was faced with more challenges from within his own people who felt embittered that he was too preoccupied with meeting the needs and demands of the people rather than their own. They had other ideas about who should be their chairman. And being the man of honour and integrity that he has always been, he bowed out of the race.

But his legacies are there for all to see. These are the reasons why the people of Surulere will not forget him in a hurry. To them, Hon. Tajudeen Ajide was God sent. They had not seen a Council Chairman like him in a very long while. He achieved what many thought he would not be able to achieve. He did over 50 top quality roads in Surulere in just three years with an ultra-modern health facility which has become the talk of the town till date. It was commissioned before he left office. He also built an eye-popping Customary court. He was like a man on a mission. A man desperate to prove a point, to show to his critics that despite his health condition, he was more than capable of delivering the dividends of democracy to his people. How did he do it? “After my recovery, I threw myself back into the job. In the rain, in the sun, I was working. People said I couldn’t do it, but I wanted to prove them wrong. They said I was incapacitated, I showed them that there was nothing wrong with me. The Shitta road that we did, it was during the rain. I would take a seat somewhere under a shade and wait for the rain to subside then we continued the job we were doing. I did more than 20 roads during the rains. The Kilo road that’s been bad for as long as I can remember, go and check out that road now and see what it’s been transformed into. The Olufemi road, I did it.”

One of the things that have endeared Hon. Tajudeen Ajide to his people is the fact that he is extremely accessible. When he was chairman, you could meet him walking on the road while monitoring contractors at work and speak to him. Those who knew him well knew how he worked. Many people knew he will always go to various sites where construction works were going on because those sites are actually where he ran his office from. And he is unbelievably humble too. This probably explains why he enjoyed so much support and affection from the elderly, within and outside the party.

Looking back at his modest achievements, he says, “I thank the people for the support they have given me, but I thank Asiwaju most especially. I thank Asiwaju so greatly because all these things I’m doing would’ve been wasted and nobody would even think about them. He was under a lot of pressure to put somebody else there following the attack I suffered and the long period my recovery took but he stood his ground and with that, I was able to add a lot of value to the government. He was incredible, I must tell you. He was very supportive. Asiwaju is not one of those leaders who believe that once you’re down you’re no longer useful to the party, so let’s leave him. No, he’s not that kind of person. Asiwaju will lift you up and bring you back. He will help you. That’s why I tell people that anything Asiwaju wants to do, I will be there for him. I am not a fake person o, go and ask anybody, if I don’t like something, I will tell you. I will say things exactly the way they are. People don’t know that we are here on this earth for a purpose. God has a reason for putting us in the position we have found ourselves. All you have to do is to strive to do the best you can and leave posterity to judge you. I think this is my own purpose on earth but I can’t speak for others. I am fully conscious of the fact that nobody can satisfy the whole world. Even as multitudes acknowledge the fact that I, Hon. Tajudeen Ajide has done very well, a lot of people may also hold a different opinion. I know a particular person who was saying it loud and clear that I couldn’t do it. And I’m talking about a prominent party leader. But today, the same person has come back to say, I’m sorry, I thought you were going to embezzle funds. So, I am proud of what I have done. If I get another chance, I will do the same thing all over again. Most of the roads you see around here were done during the Jakande and Mobolaji Johnson eras. They are all old. But we have done a lot in terms of either rehabilitating or constructing the roads from scratch. And we do top-quality roads. A lot of our roads are done with interlocking blocks, they will last for as long as 30 to 40 years or more. With the interlocking, once a particular spot goes bad, you simply take it out and replace it.

Hon. Ajide is also a man of style. He dresses well and knows exactly what suits his tall and athletic frame. He loves quality, and this reflects in his work as well. This explains why, during his tenure as chairman, he accepted nothing but quality jobs from his contractors. He wanted people to see what he’s done and be amazed by its sheer quality. Without a doubt, Hon. Ajide did a phenomenal job as the Executive Chairman of Surulere LG, raising the bar as council chairman by bringing to the people the dividends of democracy in a way they have never quite seen before. This is why the people of Surulere will never forget him. This is why his legacies will continue to speak for him and will remain the benchmark for every successive chairman of the council to attain.

READ ALSO: HOW I SURVIVED MY MARRIAGE BREAK UP – STAR ACTRESS, DAMILOLA ADEGBITE