WOW!! Neymar in shocking move to Man United from PSG 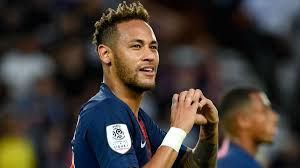 Paris Saint-Germain forward, Neymar will likely leave the club to join Premier League giants, Manchester United at the end of the season.

Manchester United have been linked with a move to sign the Brazilian international and are set to rival Champions League holders, Real Madrid.

Daily Record reports that Man United chiefs have reportedly made Neymar their number one top transfer target for the summer transfer window after failing to sign a player last January transfer window.

Neymar will miss PSG’s first and second legs Champions League round of 16 ties with Manchester United on February 12 and March 6 due to injury.

The 27-year-old picked up the knock during PSG’s Coupe de France win over Strasbourg few weeks ago.

The kick-off time for the match is 9pm.