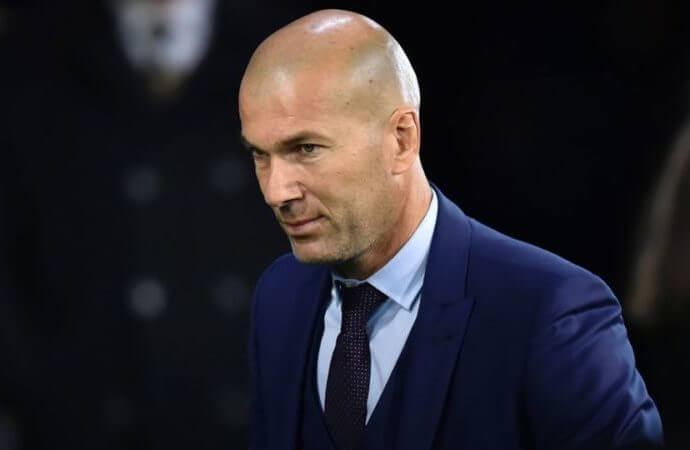 Roberto Carlos has backed former Real Madrid team-mate Zinedine Zidane to soon be recognised as the best coach in the world.

After taking over from Rafael Benitez at the Santiago Bernabeu in January 2016, Zidane led the club to its 11th European Cup triumph with victory over city rivals Atletico Madrid in the final in May, while the Liga giants also lifted the Club World Cup and are on a 39-match unbeaten streak.

Zidane was a contender for the 2016 Best FIFA Men’s Coach, along with Portugal’s Euro 2016-winning boss Fernando Santos, but both were beaten to the prize by Claudio Ranieri, who guided Leicester City to the most unlikely of Premier League titles last season.

Nevertheless, Roberto Carlos – who enjoyed five years as a player at Madrid alongside Zidane – believes his ex-colleague is on course to be considered as the world’s greatest manager.

“You can see the numbers…I can’t say anything. There are not many managers who have done what he did in one year,” the former left-back said.

“I wish him luck. He is working very well, with an incredible simplicity, modernity and training.

“His staff help him a lot. He is ready to be the best head coach in the world in the future.”

“It has been a fight for a long time. One year it is for Messi, the next one for Cristiano…But right now, Cristiano deserves the title,” added Roberto Carlos.

“Managers, players and journalists have voted, and I think he deserves it. I hope he enjoys it.”

Zidane will be recognised as the world’s best coach in the future – Roberto Carlos was last modified: January 10th, 2017 by Arinze Ago