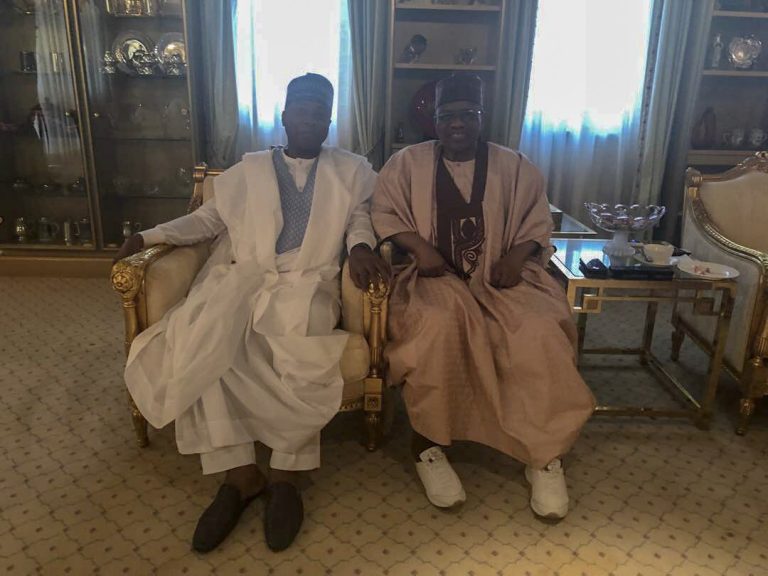 He met with IBB shortly after he gave a hint of nursing a presidential ambition.

During the question and answer session at a press conference on the blockade of the national assembly by operatives of the Department of State Services (DSS), Saraki was asked if he would be vying for the highest office in the land and he did not deny having such ambition.

He, however, said at the moment, he wanted to talk about democracy, adding that he would answer the question on another day.

“We are here today about the democracy of this country, and that is what is important to me and to all of us that are here,” he said.

“I think when the time is right I will talk on your issue but today, we are talking about democracy in Nigeria, to defend the rule of law.”

The meeting with the former military ruler was ongoing as of the time this report was filed.

According to NAN, Saraki landed at Minna International Airport around 4:10pm and drove straight to the hilltop home of the former maximum ruler.

It was not clear whether Saraki came to discuss his presidential ambition with Babangida.