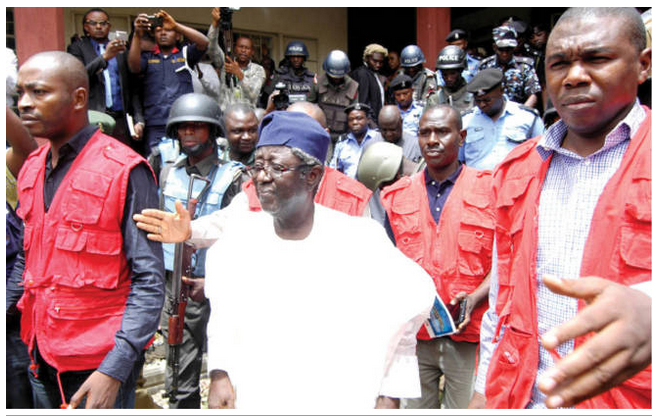 Mr Luka Ayedoo, the Public Relations Officer (PRO) of the Plateau Command of the Nigerian Prisons Service (NPS), confirmed this to the News Agency of Nigeria (NAN) on Monday in Jos.

Justice Daniel Longji of the Plateau High Court, Jos, had on May 16 ordered that the Senator representing Plateau North in the National Assembly be remanded in prison after refusing him bail.

Ayedoo listed others that also visited Jang at the weekend to include Prof. Jerry Gana, a PDP chieftain, some senators from the South-South region and Chief Chris Giwa, another PDP chieftain in Plateau.

“Even though Jang is in prison custody, he still reserves the right to be visited and so we won’t deny him that right,” he said.

The PRO, however, said restrictions were placed on the caliber of people to visit the former governor so as not to turn the prison yard into a political arena.

“Those we give express permission to see him are few political allies, family members, his doctor and his lawyer, “he said.