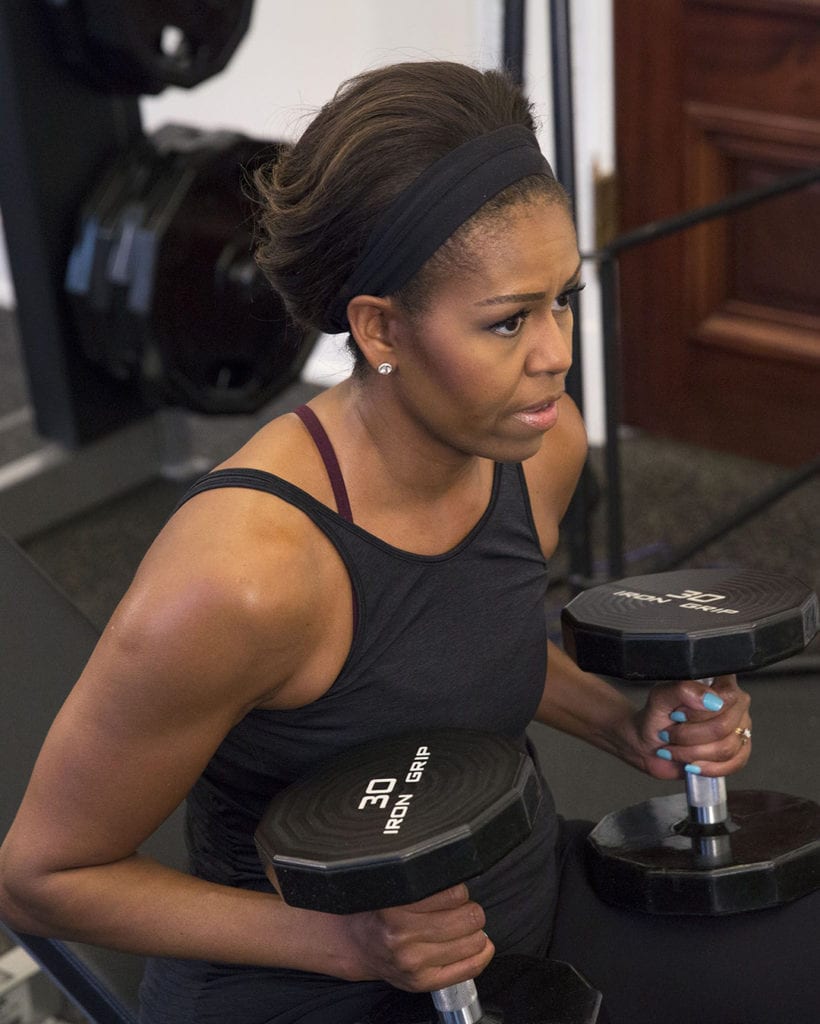 ‘My Money My Baby’, a song by Burna Boy, Nigeria’s Afrofusion singer, has been included in the recently released 2020 playlist of Michelle Obama, the former first lady of the United States.

On Sunday, Michelle took to her Twitter page to share a list of songs she plays to allow her to keep to her 2020 new year resolution, which includes workout sessions.

Included in the playlist is Burna Boy’s previously released track, among other renowned hits from artistes around the globe.

“It’s about that time when new year resolutions get a bit harder to stick to. To offer a little inspiration, I want to share my go-to workout playlist,” Michelle tweeted.

“These songs seem to give that extra boost to get through my toughest workouts.”

Burna Boy’s inclusion on Michelle’s playlist comes shortly after ‘Anybody’, a track off his ‘African Giant’ album, had made Barrack Obama’s favourite music of 2019 alongside Rema’s ‘Iron Man’.

The 28-year-old singer has made impressive career strides in recent times, gaining global recognition in 2019, following his face-off with Coachella organizers over the writing of his name in small fonts.

He snagged the ‘Best Male artiste in West Africa’ category at 2019 All African Music Awards (AFRIMA) just as he’s up for the 2020 Grammys.

‘Collateral Damage’, a track off his 2019 album, also made Jay-Z’s 2019 playlist, among other critically acclaimed works by eccentric artistes from across the globe.