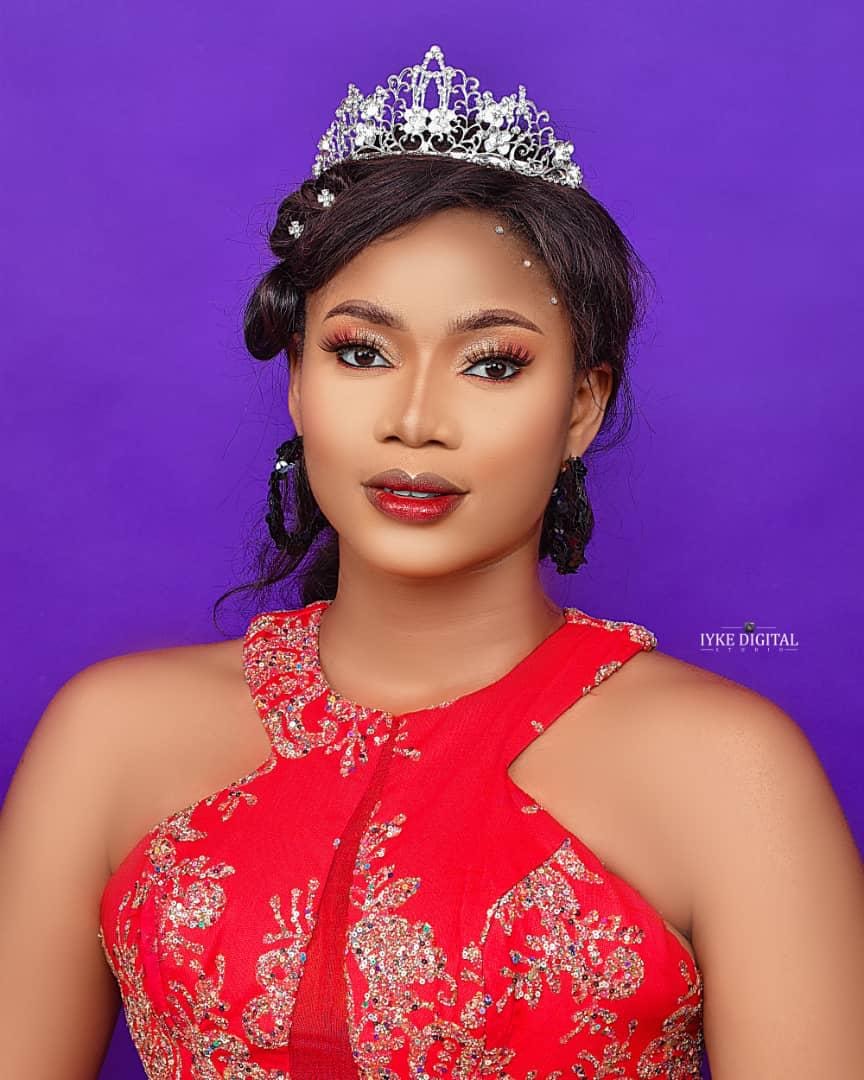 After a rigorous process and several postponements, a beauty Queen has emerged as the Miss Abia State Beauty Pageant.

Already the new Queen, Chikodinaka Agidi Roseline has gone home with a brand new car and cash prize of two hundred thousand Naira amongst others.

The Pageant was organised by Hands Across the Globe Foundation, a non-profit-oriented organization with a bias for Service to humanity in conjunction with Gees Concept Modeling Company in Abia State, and the state government to mentor young people on character and composure.

The pageant which was devoid of any exposure of body parts associated with swimsuit catwalk also had miss Chikodinaka apart from the start price of a car, cash and modelling contracts also won a seven days holiday trip to Dubai and support in America.

The state government while announcing the new Queen at Michael Okpara Auditorium Umuahia venue of the contest said Miss Chikodinaka will act as an ambassador and a role model to the younger generation.

The  pageant was organised in conjunction with the Ministry of Youth and Sports, Office of the SSA to the Governor on Arts and Culture and Ambassadors for Hands Across the Globe Foundation

Many have argued that beauty and physical endowment are an  integral part of the selection process but much emphasis was on the charisma, character, carriage, composure and communication skills of the contestants.

To qualify, contestants must hail from Abia State or resided in the State for two year or more to be selected as a representative for each council.

The outbreak of Covid-19 had caused the organisers to postpone the event severally. The history was made on the 11th April 2021

‘I live by roadside to make kidnapping easy’ – Suspect