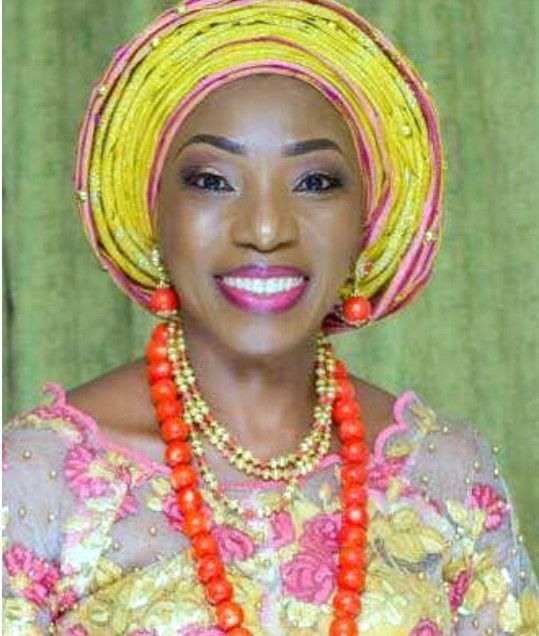 Olusola Adedoyin , is the Oloori of Oba Francis Olusola Alao, the Olugbon of Orile Igbon, Ogbomosho, Oyo state. The Kwara born Queen is also the daughter of billionaire businessman, Chief Samuel Adedoyin.  The call to become a king came for her husband over a year ago and since then, they have been busy, because Oba Francis Alao is the first-class king in Oyo state and he is also close to Alaafin, and Olugbon is also a well-recognised community in Oyo state. This has kept  Oloori Olusola busy and always on the road. In this interview with BUNMI MUSTAPHA, she opened up on life as a queen and the challenges that come with it.

How long have you been an Oloori?

It’s been over one year now.

Can you share your experience since you became a queen?

The pressure is almost at the level that you can’t even imagine, because it’s a total change in lifestyle, and I have been used to the corporate world. After the corporate world and being an MD of a bank, I went into education and charity world. Now, being married to a man who is a bridge between the masses and the top people of the society is extremely demanding, let me put it that way. When you came in this morning, we just went to bed not too long ago, but before if we were not sleeping at this time, we would be praying but now if you are not sleeping, you are not praying, you are either entertaining or you are working with your colleagues, or the community leaders to come up with one thing or the other.

When the call came for your husband to become a king, how did you accept the news?

Initially, it was a bit of a challenge, because being a traditional ruler comes with all sorts of myths, and having to walk through the myths, I had to call other senior Olooris and other Obas, talk with them about the consequences, the process and before that we sought the face of God. And after getting the assurance from God that it is well, we proceeded.

Being a king too or an Oloori is probably part of the things you have been destined for and having the benefit of hindsight now, because I actually lived with my grandmother in Kwara State for about three years, and I think she taught me so many things, being cultured, being knowledgeable about locality. I am from Kwara state, I’m an Igbomina, my husband is from Oyo, his kingdom stretches from Ogbomosho to Kwara border, so the culture is quite similar. So living with my grandmother was like my first pre training and after that, having to go through with him for the installation, to the process of being secluded for prayers, many days he was secluded, and it’s called the Ikede, which means after the seventh day of being secluded you find out that most of the things that I picked up from that was basically mostly what my grandmother had seen and I had learnt from her. Basically, the tutoring or the change is not really that drastic, because most of the things I have gone through I had already known as a Yoruba lady and a cultured child, but it is a lifestyle that means you do a lot of travelling, a lot of appearances, a lot of attending functions. You do a lot of mediation, because when they come to the palace for one thing or the other, anything that has to do with family issues, children, education, Kabiyesi would say, see Oloori, but anything that has to do with the baales and the junior kings, he handles it himself, mostly because I am also from a very large family, and I’m used to entertaining a lot of people, my background has helped in the aspect of entertaining guests, because it is something I am already used to, constantly cooking, making provisions in the palace, meeting with people, attending to people, but it is the demand for appearances that is honestly extremely high.

Can you give us an insight into your educational background?

I had my first degree at St Joseph College in Philadelphia, and my major, as confused as I was, the youthful exuberance of that time, I was always going for double major because I was always very curious. I just wanted to learn, so my first degree is in Accounting and I also did Marketing, so I did double major. For my Master’s I was even more confused, because statistics was a bit of a challenge for me the first time I took it, so I went fully into it and I made sure that I spent so much time to master it, and once I did that for my masters degree, it made it very interesting for me, so for my second degree, I did Statistics as a major, but when I was talking to my director of education, he asked me why I wanted to do with statistics, so I became more confused and went to research on what do I do with Statistics, so because I love to serve people, I went into Human Resources. I graduated for my Masters in Statistics and Human Resources. After that I even became more confused, so for my PHD, I am doing Organisational Building in University of Lagos. I started my work experience from school, my first was when America was just opening up to foreign students when I got there, I worked for Wendy’s  Restaurant, I left there for another restaurant called Coparis, I didn’t like it, so I went to school, and a professor asked me being a foreign student how were you enjoying the USA? And I told him I was not enjoying it because I had to work, while I go to school. Not that I needed to work, but it’s a culture in the USA, once you are in a college where everyone is working, so you just be like am here, I found myself here , I need to adapt, I just follow the trend and I was working, so I told him I didn’t like the restaurant work and he said, I think I might have something interesting for you. We are opening the college to more foreign students, because we want it to have an international outlook, so we were creating an office called international students office, would you like to work there? And I said yes, with delight, most especially because it’s an international students office, and I have lived in England, schooled in England, so that made it easier, so I have the exposure, and he said, and you would be working with me, I found that interesting, so he said I should put in an application. Fortunately a few other foreign students applied and mine scaled through not because of anything, but because I have lived in other foreign countries and I got the job. After that, when I was doing my master’s I met someone who was working for City Corp and he said they have a subsidiary that is easy for students to work and it’s called Dataman, Dataman has now metamorphosed to Experience, Experience is a credit-rating company  in America, so I was one of the pioneer members. Fortunately, I was the state representative, which was a very high rank. After that when I got back to Nigeria , I worked with my dad for a few months at Starmills which was one of his food industries. From there, I went into the banking industry.  I worked for Industrial Bank, Industrial Bank metamorphosed into City Express Bank and I grew to the level of the MD and the rest is history .

How did you and Kabiyesi meet?

Well, Lagos is a very small place as big as it seems. We met and we just said hi hi, until we ended up working on the same foundation, Tunji Foundation. He was the executive secretary, I was on the board and we had a lot of assignments to do together. We just saw that we had a lot of common interest, our views were always very similar and one thing led to the other and here we are today, we have known each other like way back.

Earlier you said something about an empowerment programme and Education, how have you been able to incorporate that in the community where you are their queen?

I run a Cancer Foundation called Mariamsam, basically we do a lot of health screening. We do treatment management, if we are able, we do fund raising, and we do so many things. As I said, it comes with the pressure and work load of being an Oloori, it’s been a bit challenging, but fortunately because I have a strong network, I have been doing it for a long time. So the network is still existing.  When people call me, what I do is hand them over to whoever can help them, and whatever sector, if its treatment or funding or hospital management or screening. We have not been able to do any screening in Orile Igbon, most of our screening and hospital management has been done abroad or in Lagos, Porthacourt. For Orile Igbon, we are organising an international medical team to come. They were meant to come last year, but because another state changed their screening time and because of that the timing had to change, but we are believing God that this year we are going to have it.

Lastly, how do you unwind?

Well, coupled with the fact that I am a pastor, I used to parish for RCCG and I stopped parishing as a zonal pastor, I found out that the joy of the Lord has always renewed my strength. When you are talking of relaxation, my own relaxation is ministration, which mostly is on my phone, counselling people with one ailment or one health challenge or the other, I am praying. So when you are talking about relaxation if you mean before, you could go to the swimming pool, you could go sightseeing, all that have gone through the window. It is almost none existent for now. Kabiyesi and I used to do a lot of exercises before, now we hardly do, because we don’t even have the time. The little time we have, it’s either to pray together, share scriptures together and go to sleep.

READ ALSO: HOW I PLAN TO BECOME THE NEXT OGUN GOVERNOR – PDP GUBER CANDIDATE, SEN. KASHAMU

How I Plan To Become The Next OGUN Governor – PDP Guber Candidate, Sen. BURUJI KASHAMU

How I Started My Career At NTA 45 Yrs Ago – Veteran Actor, TONY AKPOSHERI Tells City People