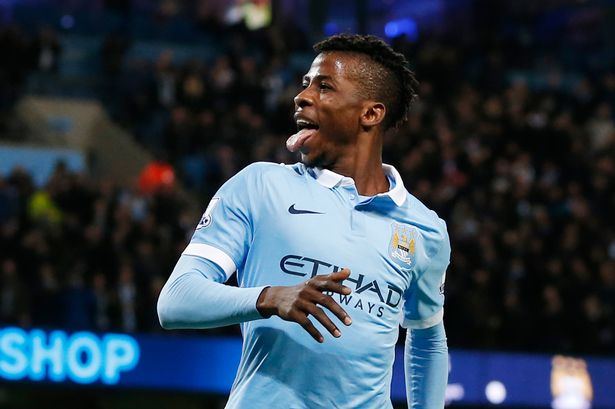 Nigerian young star, Kelechi Iheanacho featured for thirty minutes in his club’s 3-1 victory over Hull City at the Etihad Stadium on Saturday.

Having settled for a top four finish, Manchester City went into the game keen to eke out a win and steer clear of the chasing duo of Manchester United and Arsenal.

After thirty minutes, the Citizens benefited from the misfortune of Hull defender, Ahmed El-mohamady, who hacked an attempted clearance into his own net to give City the lead.

Sergio Aguero tapped in to finish a splendid passing move to put his side two up in the 48th minute.

In the 64th minute, Raheem Sterling provided an assist for Fabian Delph who rifled a superb finish into the far corner for City’s third goal.

David Silva, who made his 300th appearance for the club, received a standing ovation as he was replaced by Iheanacho.

The Tigers never showed any signs of pulling a dramatic comeback and City easily sailed to victory.

City’s top striker, Aguero, has now scored 10 goals in his last 10 appearances in all competitions.

Since Marco Silva was appointed Hull manager on January 5, the Tigers have won 17 points in the English Premier League – only Chelsea (23), Spurs (23) and Everton (21) have won more in this period.