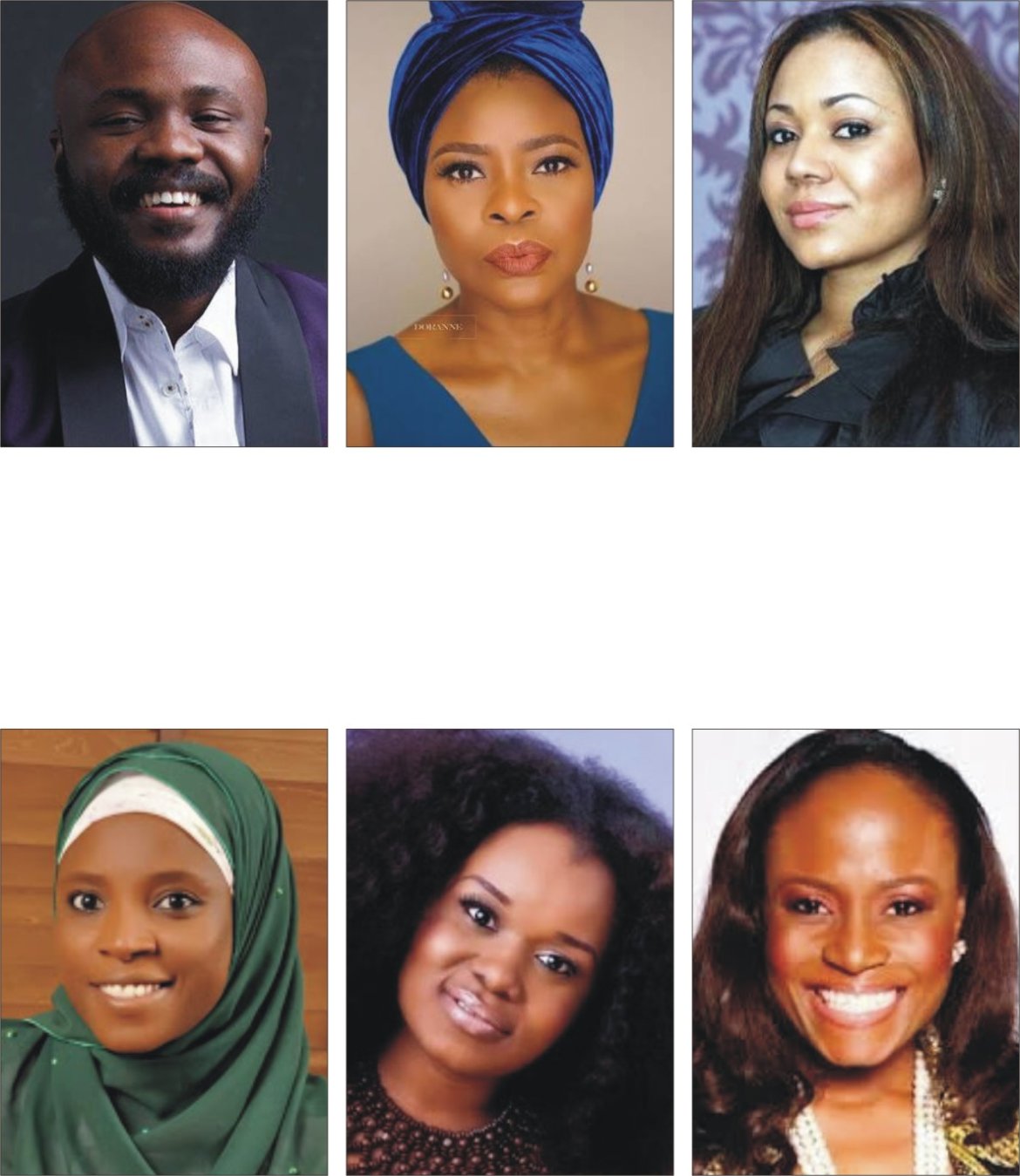 If you call them the mothers of all weddings in 2018, you will not be exaggerating. The 3 major big weddings, which recently took place in Nigeria, within 3 weeks, were very colourful, classy and topnotch in all ramifications.

We are referring to the wedding of the VP Osinbajo’s daughter, Gov Isaak Ajimobi’s son and Aliko Dangote’s daughter that shook the whole social milieu as literally cities where they were held stood in awe. March was a month number of married families that swelled the were recorded and the month enjoyed all the trappings of the rich ambience because they were weddings staged by big men in the country.

Many event centres owners smiled to the bank, as even several top vendors contracted for the weddings also earned millions of naira. Bespoke designers were at their best. The weddings were among those that completely shutdown the Internet, owing to their trending speeds. Every guest, who graced the occasion had rich memory to play back as the weddings set the pace for 2018 social calendar.

The first one was between 2 governors, Gov Ajimobi of Oyo State and Gov Ganduje of Kano State’s children, which had a theme, hashtag #faaji2018, coined from the groom’s name, Abolaji and bride’s name, Fatima.Yes,the wedding lived up to expectation because the theme simply says: Unlimited fun2018. It was one wedding that trended speedily on all social media.

The rich inter-cultural wedding made Kano State a busy place for 3 weekends precisely 3rd and 10th of March, when the first citizen of the state, His Excellency, Governor Abdullahi Ganduje and his wife, Dr Hafsatu, threw a lavish wedding for their daughter, Fatimah, in a 4-in-1 ceremony, while their inlaws, Governor of Oyo state, Senator Abiola Ajimobi and wife, Florence, also moved the shakers of the society from Ibadan to Kano as their son, Idris Ajibola, was the groom.

There was also a big reception party in Ibadan.As expected, political bigwigs graced the Kano occasion with the president of the Federal Republic of Nigeria, Muhammadu Buhari leading the entourage of dignitaries to the heavy-weight wedding.The ceremony was presided over by the Emir of Kano, Muhammad Sanusi II. It was a party, which had the President, over 20 governors, ministers, traditional rulers and many other important personalities in attendance.

Traffic on all roads that led to the Kano central mosque and the Emirs Palace was on stand still and that was noticeable even at the presidential arrival terminal of the Kano Airport as VIPs flew in to Kano a day before the wedding. The 4-in-1 party started with all the traditional rites that Hausa- Fulani bride goes through like the Kamu, bridal sitting, Henna night, Fatiha and dinner reception party.

Also as many were getting loosened up from the effect of the Kano and Ibadan party, Thursday and Saturday, 16th and 18th of March brought its magic to those who attended the show-stopping wedding of the Vice President’s daughter, Damilola, to a Lagos society woman, Hajia Bola Shagaya’s son, Seun Bakare. The high class traditional engagement and white wedding, had in attendance witnessed who-is-who in the political class, the academia, the business class as well as associates of the Vice President.

The President, Mohammadu Buhari, also played a huge role at the wedding. The same week recorded the wedding rites of a billionaire’s daughter, Fatima Dangote and Jamil Abubakar, son of a former IG,Mohammed Abubarka, in Kano. Fatima and her husband, Jamil, were guests of the bride’s grandmother, Dr Hajiyya Mariya Sanusi Dantata, who is the mother of Aliko Dangote.

Any vendor, who participated in all these huge weddings has surely gained a reputable profile for his or her business. The vendors were well catered for and handsomely paid for all their services because all the bigwigs who held the weddings for their children spared no cost to make them grand.

To say that the wedding planning and décors of the weddings stood out is like stating the obvious. They wowed many guests. From the planning stage to execution, there was really attention to details. Asides, all other vendors at the parties, there were 10 event planners, who played huge roles at the weddings and worked back-to-back from one wedding to the other.

The whole planning and execution were done by Zapphaire Events led by Deola Funke Bucknor Obruthe, who pooled all other vendors. Ten years as a pioneer event planner has earned Funke Bucknor-Obruthe a place among Nigeria’s industry leaders and innovators. Zapphaire Events is Funke’s flagship event planning, management and consulting company borne out of her passion for planning events.

Mrs Bucknor-Obruthe’s passion for planning comes through in everything she does and that is why she has remained number 1 in event planning business.

Any party without décor surely makes the event look dull, pedestrian, robbing photos of background colours. The beautiful and out of this world décors that stood all the venues out were done by the wedding guru boss, Christine Ogbeh, who is currently the biggest decorating company in Abuja. She has handled many high- profiled jobs. Many celebrities rush to her for decoration and she has also won the hearts of many clients as they seek her services outside the country.

George Okoro is an Abuja -based photographer, who studied at New York Institute of Photography. The Abuja-based photographer was given the title Sarkin Masuhoton Galadiman Zazzau (it means – King of Photographers Zazzau) because of his hardwork in Abuja and in the North as a whole. He is currently one of the big fish in the north. The banker turned photographer’s forte includes wedding and pre-wedding photo shoots, landscape photography and video and photo coverage of events.

The doyen in the fashion business, Deola Sagoe, has gained international popularity for her lively, and colorful designs.
Her fashion design credentials took a huge leap forward when she won the MNET Anglo Gold African Design Award. For the past year, she has churned out beautiful and unique wedding dresses, which are simply for the elite.

Deola uniquely showcases contemporary fashion, utilizing authentic African fabrics of antiquity; bringing together the contemporary and the traditional in a unique and fresh way. Her designs have been embraced at foreign and domestic quarters. Deola is well known for her uncanny attention to details, her expert handling of a diverse range of fabrics as well as her examplary understanding of the African woman’s body. Among her many innovations is “Komole”, her authentic answer to every African’s yearning for an original interpretation and crafting of lace. No wonder all the brides at the 3 major weddings wore House of Deola and they looked like princesses.

Banke Meshida Lawal, is the boss at BMPRO, which is probably one of the biggest names/brands in her line of business. She’s the make-up artist on speed dial to the celebrities and stars, who worth their salts, as she doesn’t come cheap at all. Banke Meshida Lawal continues to be a force to reckon with in the Nigerian beauty industry. She was the brain behind the beautiful make-up of the brides and their mothers.

Not only does popular Abuja Photographer, Big H, has many fans, Big H is one of the first names you hear in Abuja when you ask for good photographers. He is a Fashion, Beauty and Portrait photographer and his works are bold, smooth and classy. His work brightens up your day and brings a smile to your face. He was one of the official photographers for the weddings. Also Artillary Studio was up and doing. They were very visible at Gov Ganduje and Aliko Dangote daughters wedding and he chunned out beautiful photos from the weddings.

The biggest Hausa decorator in the north, Mairo Abdullahi, from Zaria, Kaduna State, is a specialist on traditional ‘Kamu’ decoration widely known in many towns and cities in the Northern Nigeria. She is exceptionally creative and innovative, and her decoration definitely stands out.

Mairo makes use of different known traditional Arewa artifacts and combines them with contemporary wedding decors to produce refreshing designs. For guests, who attended Gov Ganduje and Aliko Dangote daughters’ weddings surely they could tell how wonderful the Kamu traditional décor turned out. The iron lady, Mairo’s business is inspired by her desire to revive some of the cultural practices of Arewa. Mairo is a self-taught decorator, but her passion for Arewa culture and sheer creativity make her work stand out from the clutter. Mairo is a sought-after ‘Kamu’ decorator because her work is always a delight to see, and keeps people talking about her creativity.

An invitation card sets the tone for every special event (wedding, birthday, corporate launch or programme) and for over 20 years, The Wedding Store (T|W|S) has consistently delivered good quality stationery with a high degree of personal service.
TWS has been a leading brand for setting the standard for good invitation cards, proudly made in Nigeria that perfectly capture style and achievable expectations and when guests get their invites for these big weddings, they knew they could only come from one store in Nigeria, TWS. She made the 3 beautiful invites for the 3 weddings. Popular Lagos band, Veentage band, also did a good job at the weddings. He dished out melodious songs at Gov Ajimobi sons wedding and Aliko Dangote daughters wedding.
–TAYO FAJORIN OYEDIJI

‘Why There Is No Constant Power Supply In Nigeria’- Federal Government