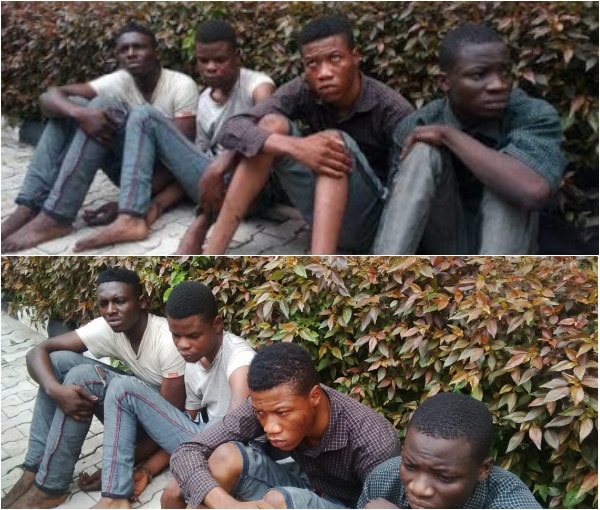 Five students of Adeyemi College of Education, Ondo have been arrested by the Ondo State Police Command for allegedly raping a female colleague of the institution.

The police said the victim was a student in the Department of History/English and was allegedly raped outside the campus in turn by the suspects.

The suspects were paraded on Wednesday by the police at the headquarters of the command in Alagbaka, Akure, the state capital.

The suspects were alleged to have recorded the illicit sexual act on video and threatened the victim that they would upload the footage online if she reported the matter to anybody.

The Ondo State Police Commissioner, Mrs. Hilda Harrison, while parading the suspects, said the victim had been taken to Ile-Ife, Osun State where she was receiving treatment, declaring that the suspects would be charged to court.

“ The victim was raped and during the act, one of the suspects Adetuyi Adekunle did the video recording of the heinous crime as they took on their victim one after the other and later abandoned her to go with a threat that they would use charms on her if she revealed the incident to anyone.

“The case was reported to the school (ACE) authority and the suspects were arrested, the case has been transferred to the Department of Criminal Investigation.”

Punch reports that when contacted on the telephone, the Public Relations Officer of the college, Mr. Moses Akinfolarin said he was unaware of the incident.

“I am hearing it for the first time as you are telling now, I am not aware of such incident on this campus.”

Man conspires with 4 friends to gang-rap girlfriend at Adeyemi College of Education was last modified: July 13th, 2017 by Reporter