Meet 30 Movie Veterans Who Are From KWARA 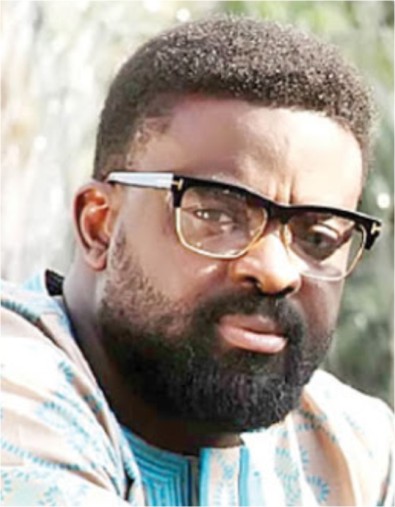 It’s no more news that the movie industry is blessed with multi-talented stars from all works of life and different parts of the country. But the fact still remains that a lot of ‘A’-list highly celebrated and respected movie pioneers and veterans especially in the Yoruba movie industry are from Kwara State. The state is indeed blessed with multi-talented people who have kept us entertained for decades and still doing that and we feel it is necessary to once in a while celebrate these highly talented stars, who are not just good in what they do but also made us proud to be Nigerians at all time. City People Senior Showbiz Reporter, BIODUN ALAO brings you names of movie stars from Kwara State.

Femi Adebayo is a Lawyer, famous actor, producer, director and special adviser to the Governor of Kwara State and above all, he is the son of the highly respected movie veteran Adebayo Salami popularly known as “Oga Bello”, though Femi was born in Lagos but he is from Ilorin in Kwara State.

He is a graduate of the University of Ilorin where he obtained a Bachelor’s degree in-law. He began acting in 1985 and till date he has featured in over 500 movies and won several awards both home and abroad. He is also the founder of J.15 Movie Academy, which has produced a lot of movie stars in the industry today. You can’t talk about the top 3 best movie actors in the Yoruba movie industry and Femi’s name will not make the list, he is very good at what he does and his role interpretations is close to perfection.

Adebayo Salami popularly known as Oga Bello is not just a famous actor but a highly respected veteran in the indusry, who has not only produced over 200 “A”-list movie stars that pass through his training in the industry but also most of his children took after him in the entertainment industry. This multi-talented veteran actor is popularly known for playing the role of a father in movies and he features both in English and Yoruba movies. He is from Kwara State, though born and bred in Lagos State and he began acting in 1964 under the leadership of Ojo Ladipo Theatre Group, which later metamorphosed into Awada Kerikeri Theatre Group following the death of Ojo Ladipo in 1978, and this group has produced lots of “A”-list stars today. He is a pioneer member of the Association of Nigerian Theatre Arts Practitioners, and in the cause of his career, he has won several awards home and abroad for his immense contribution to the entertainment industry in Nigeria.

Yinka Quadri is a highly respected movie maker, actor and director, born and bred in Lagos Island but from Oro in Kwara State. He is the President and Co-founder of a Theatre Art Group Odunfa caucus, which has also produced notable stars in the industry such as Funke Akindele, Fathia Balogun, Saidi Balogun, Bimbo Oshin and a host of others. He is from Igbomina in Kwara State. He had his primary and secondary education in Lagos State.

His acting career began in 1976 when he formed Odunfa caucus alongside, Taiwo Hassan, Abbey Lanre and Ara Osan when you talk about the pioneers of Yoruba movie industry, definitely names like Yinka Quadri will definitely make the list.

He began his career in the Banking sector and later decided to move into full filmmaking and took a course at the New York Film Academy and he has worked with practically all the big names in the entertainment industry and he is popular for producing blockbuster movies such as Figurine, October 1st, Phone Swap and a host of others. He is no doubt, one of the very best movie producers and directors Nigeria is blessed with and he is in the industry with his other siblings.

Adeyemi Afolayan popularly known as “Adelove”. He is from Agbamu Irepodun Local Government Area in Kwara State. He had most of his educations in Ibadan and also a graduate of Theatre Arts from the University of Ibadan and further study of Performing Arts at Drama School, Brixton London. He started his acting career in 1990 and was shot to limelight with his role in Tade Ogidan’s movie “Madam Dearest”, his love for acting and music has really stood him out amongst his colleagues, he has released several albums with hit singles such as Kokoro Ife, Awelewa, and others. His talents and role interpretation is close to perfection.

Aremu Afolayan is another successful actor and businessman, he is one of the Afolayan brothers doing exceptionally well in the movie industry. He is very popular for his movie Idamu Akoto, though you don’t get to see him feature in movies back to back like his other siblings because he is concentrating more on business.

Toyin Afolayan popularly known as “Lola Idije”. She is the aunt of movie producer, Kunle Afolayan, it was the late Adelove that introduced her to acting. She was born in Agbamu Kwara State and her role in the movie titled “Deadly Affair” shot her to limelight in 1995. She is also popular for the movie “Irapada” by Kunle Afolayan. She is known to play hard roles in movies.

Ibrahim Chatta is also a multi-talented and multiple award winning actor, producer and director who is known for his roles in Yoruba movies. He is from Kwara State and he came to limelight for his role in the movie “Aiyekooto” and has sense featured in loads of movier and due to his exceptional role interpretation in movies, he as won several awards home and abroad and worked with the very best in the movie industry. One thing many love Ibrahim Chatta for is the fact that he fits perfectly into any role and interprets them exceptionally well and this explains why he is rated one of the very best in the Yoruba movie industry.

Lasun Ray Eyiwunmi is an actor, director and brilliant filmmaker from Kwara State. He is a Computer Science graduate and one of late Pa. Ray Eyiwunmi’s children. He started his acting career in 1972 and produced his first movie titled “Korede”. He is the founder of Lasun Ray School of Drama and he is happily married with kids.

Muka Ray Eyiwunmi is one of the 11 children of the late actor and film producer, Ray Eyiwunmi. He is from Irepodun Local Government Area of Kwara State. He had his primary and secondary education at AUD Primary School Osogbo and Aran Orin Comprehensive High School, Kwara State before proceeding to Kwara State Polytechnic for his tertiary education.

Murphy Ray Eyiwunmi is a popular comic actor from Kwara State and he is known for movies such as 36 Kiniun, Irepodun, O Koja Bee amongst others.

Fausat Balogun popularly known as Madam Saje is from Ifelodun in Kwara State. She is known for her motherly roles in most Yoruba movies. She came to the limelight after her exciting role as Madam Saje in a 1990 television series “Erin Kee Kee”. She has been in the industry since 1975 and has featured in lots of movies. She got married to a veteran actor Rafiu Balogun and they are blessed with children.

Folake Aremu popularly known as Orisha-Bunmi is well known from the ’80s for her role as a priestess, pacifist or the good witch in movies. She was born in Ilu-Ola in Kwara State, where she had her primary and secondary education. Her role as Orisha-Bunmi in the series titled “Arelu” shot her to the limelight. She was trained by Chief Jimoh Aliu but her special ability to speak incantations comes from her upbringing.

She later married the late Jimoh Aliu but they later divorced. She has spent over 4 decades in the movie industry and unfortunately died few days ago.

He is a location manager who put movie makers and directors through a lot of thing before going on set. He is the CEO of Blackman Entertainment and a graduate of Geology and Mineral Science from the University of Ilorin.

Tope Adebayo is a graduate of Computer Engineering from the University of Ilorin. He is popular for directing most of the Adebayo’s productions and other prominent stars productions in the industry and sometimes he features in movies but mostly in rare occasions.

What about Ridwan Adebayo, the highly intelligent gentleman is a brilliant video editor and he edits for the “A”-list stars in the entertainment industry and also takes care of all the post-production of his family’s productions. All the Adebayo brothers are very popular in the movie industry and respected amongst their colleagues.

Meet 30 Movie Veterans Who Are From KWARA was last modified: January 12th, 2021 by Biodun Alao

COVID-19: Why The Rich Will Continue To Die!