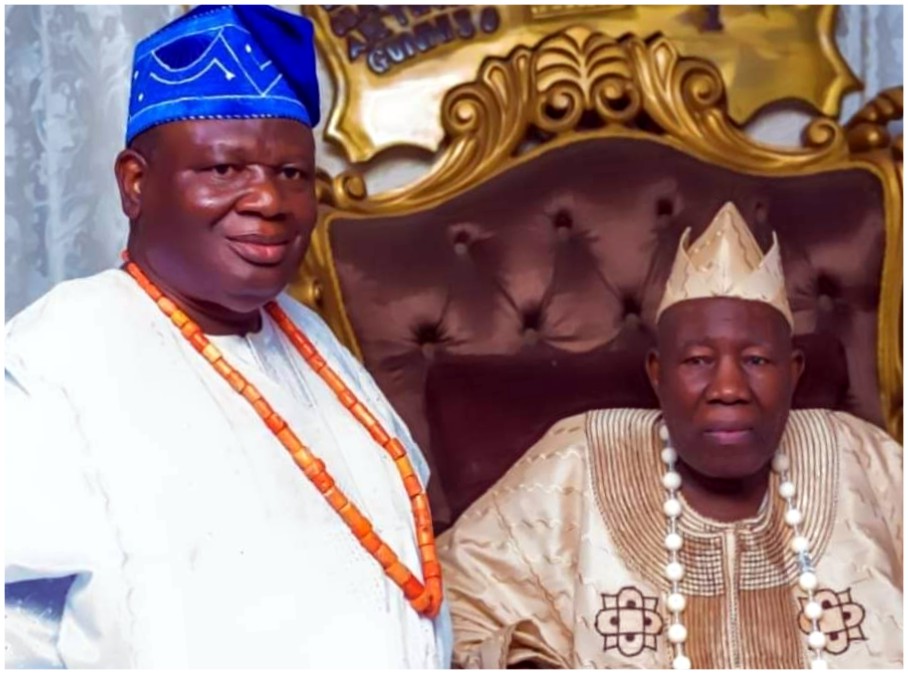 The Central Council of Ibadan Indigenes, CCII has elected a new President-General. He is Prince Oluyemisi Adeaga. Adeaga, in a keenly contested election, held on Friday 2nd April, 2021, defeated his opponent, Waheed Ekun. He polled 58 out of the 93 total votes cast, while Ekun was able to secure 35 votes. Prince Oluyemisi Adetayo Adeaga (JP) is taking over from Prince Yemi Soladoye who served out his second term tenure this April.

Adeaga holds BSC Degree in Business Administration and MBA (Marketing Option). He is a Chatered Accountant (CNA) and an associate of the Chatered Institute of Local Government and Public Administration of Nigeria (ICPAN).

He is National Resource Mobilization and Management Adviser. Adeaga is also a Board Member of Nigerian Red Cross, and a prominent member of Omo Ajorosun Club, Ibadan. Adeaga is an experienced administrator with many years of service in both public and private sector. He is also an employer of labour; he has well over 40 Ibadan indigenes working in his Oil & Gas company.

In case you don’t know, CCII is an umbrella body for all the Social-Cultural Societies/Clubs of Ibadan extraction both home and in the diaspora. So winning the exalted position of the President-General of the group is not but a great honour and opportunity for one to serve. Little wonder then that Adeaga has described his election victory as a win for Ibadan. “It is not a victory for an individual, it is a win for Ibadan”, Adeaga said.

Of course winning the poll wasn’t an easy task for Adeaga, it took a rigorous campaign and effective strategies to have achieved such feat. Coupled with the fact that he contested against another eminently qualified candidate, Chief Waheed Ekun. It was indeed a keenly contested election between the two.

But as his campaign slogan, “Ileri Oluwa’’ has finally come to pass.

For Adeaga, an Ibadan with peaceful coexistence is very possible and that is one of his visions as President-General of the Central Council of Ibadan Indigenes. He is also resolute on broadening the robust relationship between CCII and CEOs of Federal agencies in Ibadan, as well as corporate organisations for the benefits of indigenous job seekers. In one of his campaign notes tagged “Re-Imagine Ibadan: The Yemisi Adeaga’s Transformation Quest, Adeaga submitted as follows:

“Hundreds of years back, the early settlers who ate their meals and drank with snail shells wouldn’t have imagined that a generation would wines and dine with golden dishes. That ingenious and innovative strategy would forever permeate the social, cultural and psychological fabrics of Ibadan and it’s people.

The winning mentality. To win is to be futuristic. To win is to be progressive with a mix of conservatism. If Ibadan land looses its heritage in the course of its progress, it will be in cultural decline. If it becomes too conservative that it does not align itself with flexibility and dynamics, it looses fervor.

Contesting for the post of CCII President General, I am convinced that we can, in symphony, combine the time two factors and have a combination of the old and the new with sublime glory and masterclass. The land surrounded by hills can be surrounded by a new silicon valley. Valleys are not tall like mountains, so everyone can reach for the greenest of the grass.

The 11 local governments can beam with a youthful energy, with CCII engraving itself in many corners. My desire is for the organization to reach out more, give out more, promoting sub-units within it that caters for specific socio-cultural, and economic needs of Ibadan sons and daughters. As the material component of culture such as technology takes away the immaterial components such as foreign language, we can revive what is ours; our dialect, which is highly desired, can become the Yoruba lingua franca. We must challenge our youths to speak it and be confident about it.

My vision is for the creation of the Ibadan content into the technology of today and tomorrow. Working with Ibadan sons and daughters in the Diaspora to build structures, drive economic initiatives and the glorification of culture above excessive modernity that consumes it.

We were never conquered, yet the war of progress and greatness is not yet won. It is a continuous battle for all races. We are not at war with ourselves nor with our neighbors, not with Nigeria, we are at war with the future. We must re-imagine the future with the weapon of innovation and ideas. We must re-imagine the future with the elders and the traditional institution in mind. We must be resolutely committed to uphold our collective conscience without compromise, never yielding, never shaking, but steadfastly pursuing just causes within the moral dictates of discipline and accountability.

We are a team, yet, the future rests within the walls of unity. Politics can’t divide us. For what shall it profit Ibadan sons and daughters, if they strived for political power and become intoxicated with hatred? Absolutely nothing! Any vision outside of peace, reconciliation, progress and revival, is a division. As a former civil servant, who served meritoriously for 35 years, before venturing into Oil and Gas business, I am not willing to slaughter 50 years of persistent labour and enterprise for an Ibadan that withers in chaos.

This April, as we vote, remember our children and those unborn, our wives, our husbands, our friends, who by virtue of blood, marriage and social interactions have become one with us. I am persuaded in God that before we became known as Ibadan people, before our fathers took refuge ‘labe igi Odan’, we were first humans. Let us remember where we were from and let us remember where we are going to. The future is bright, I believe. Do you?

READ ALSO: WHY I HAVE BEEN QUIET SINCE I LEFT OFFICE – FORMER OGUN COMMISSIONER, OTUNBA BIMBO ASHIRU