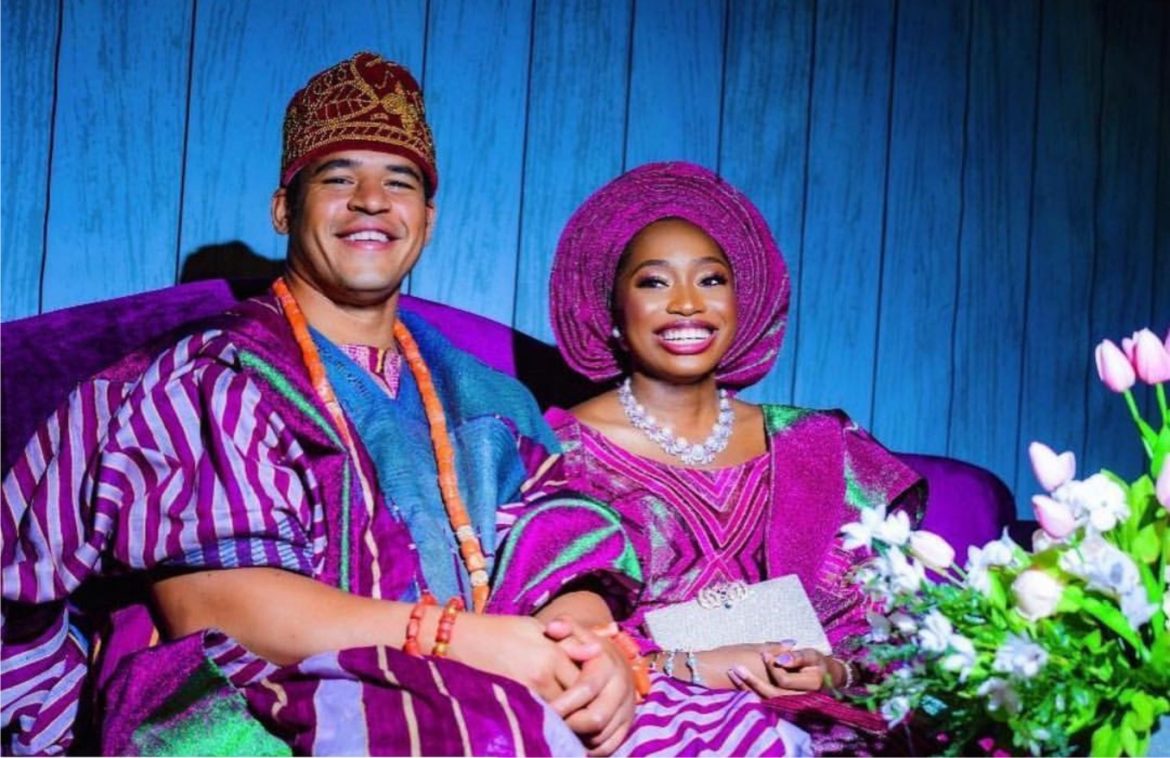 On Saturday 4th,  August 2018, the traditional wedding of  Christopher Ibru, the handsome son of popular Nigerian billionaire, Oscar Ibru gathered many A-list Nigerians at the Harbour Point Event Centre on Victoria Island as he wedded Ibiyinka Akinnola. The Ondo Princess is the Niece of  Mrs Yewande Zacheus, the founder of  Eventful Limited, a corporate and social events planning, organising and supervising company. For many decades, Eventful Limited has been a leading player on the event planning field. Mrs Yewande Zacaheus is a sister to a former Minister of Communication Technology (Mrs. Omobola Johnson).

Chief Oscar Ibru, the OtunbaOdomese, the first non-Ijebu person to be honoured with a traditional title by the Awujale of Ijebuland, didn’t leave any stone unturned to make sure he dazzled the Akinyinka and IbiwunmiAkinnola families as he sought the hand of their daughter in marriage for his son.

The mother of the groom, Mrs Wanda also went to the best “Eruiyawoconcept“, one of the best traditional gift handlers, to handle the traditional gift presentation, which was well arranged for many of the guests to see. Not only was the traditional gifts uniquely arranged, many couldn’t take their eyes off the gold plated open plate in which the “Dowry‘ ofIbiyinka was placed. What about the traditional “She-goat‘‘ that was beautifully dressed with a yellow attire. It is part of tradition to present a goat to the brides parents during traditional wedding in Ondo town. 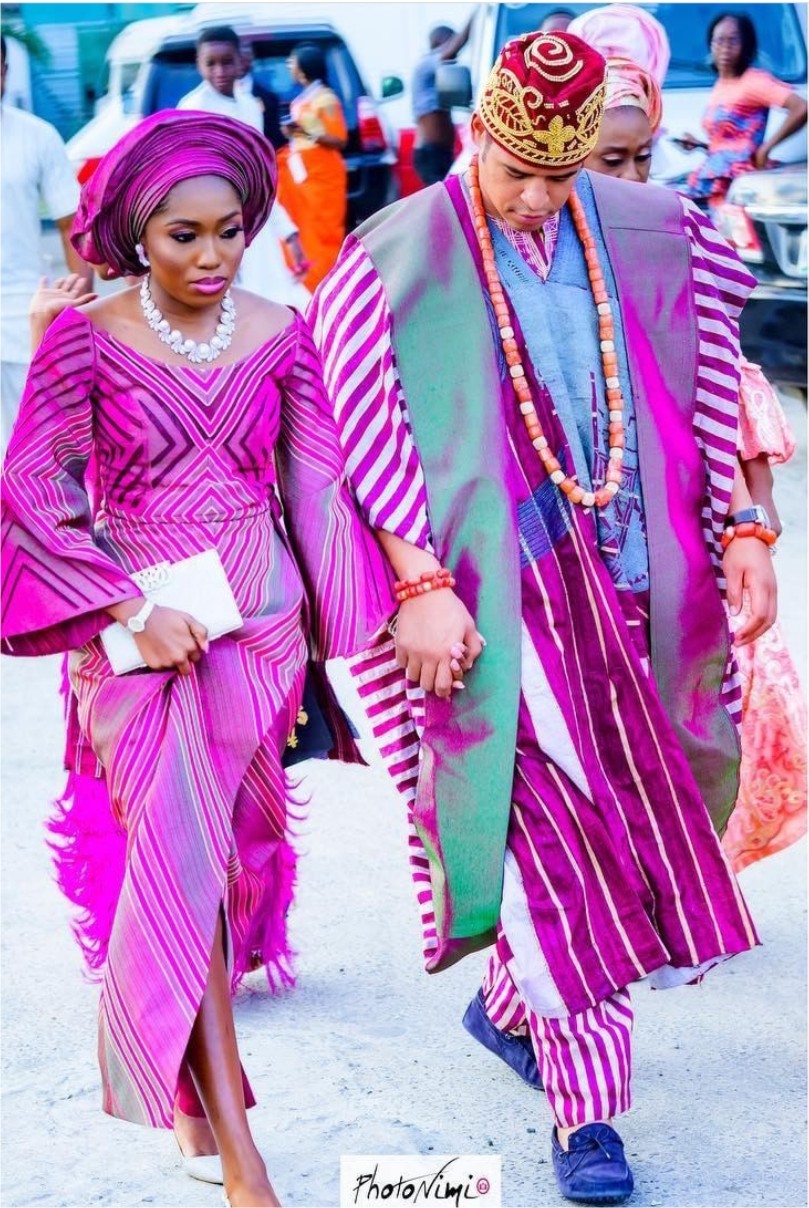 Despite the fact that it’s a cross cultural wedding, the Ibrus made sure all that are needed to marry a Yoruba bride are supplied in surplus. The tall handsome groom, Christopher Oscar, walked tall in MajentaAgbadaAso-oke at few minutes past 3pm when he danced in with his friends. The engagement anchor didn’t waste much time as the beautiful bride, Ibiyinka, looked gorgeous in a special Aso-oke by “Deolasagoe“.  The ebony pretty bride walked like an Ondo Princess, while AdewunmiGele did Justice to her well wrapped headgear, while “Lamdodos“ Facebeat added to her beauty. Her special silver and ruby diamond did the talking, while her beau watched with admiration as she danced in with her friends.

Though, many didn’t expect anything short of standard seeing that the bride’s Aunty, Mrs. YewandeZachaeus, got the best celebrity vendors in Nigeria under one roof to put a touch of class to the wedding of her Niece with hashtag “#ibibru2018.

Not only did KemiAdamu of the fabric room handle the special aso-ebi, many stepped out looking hot and sexy in the special peach asoebi with gele from Molbaksaso-oke.

Though, it was a gathering of powerful women like MrsToyinSaraki, the wife of Senate President,  Mo-Abudu, Ruth Osime, MRS IbironkeSemowo, MRS GbemiSasore, MoromokeOlatunji to mention a few as over 200 guests  spotted  the aso-ebi made by “the fabric room.

Many of society’s elite in attendance were Lagos millionaire Femi Otedola, former Governor AremoSegunOsoba, Donald Duke,  among many others.

Among many young pretty babes who dazzled at the wedding was OyinOlufeko, the pretty daughter of Chief Michael Adenuga. Her beautiful blouse and skirt from Tubo made her stand out. Not only was justice done to the fabric, the attire fitted  her beautiful stature.

What about Femi Otedola’s daughter, DjCuppy? IFEOLUWA Otedola fitted gown added to her beauty. Have you also seen Emu Edewor and her sister, KessianaEdewor? They both stepped out at the event together looking gorgeous.