Why Fuji King, K1 Always Feels At Home In IBADAN 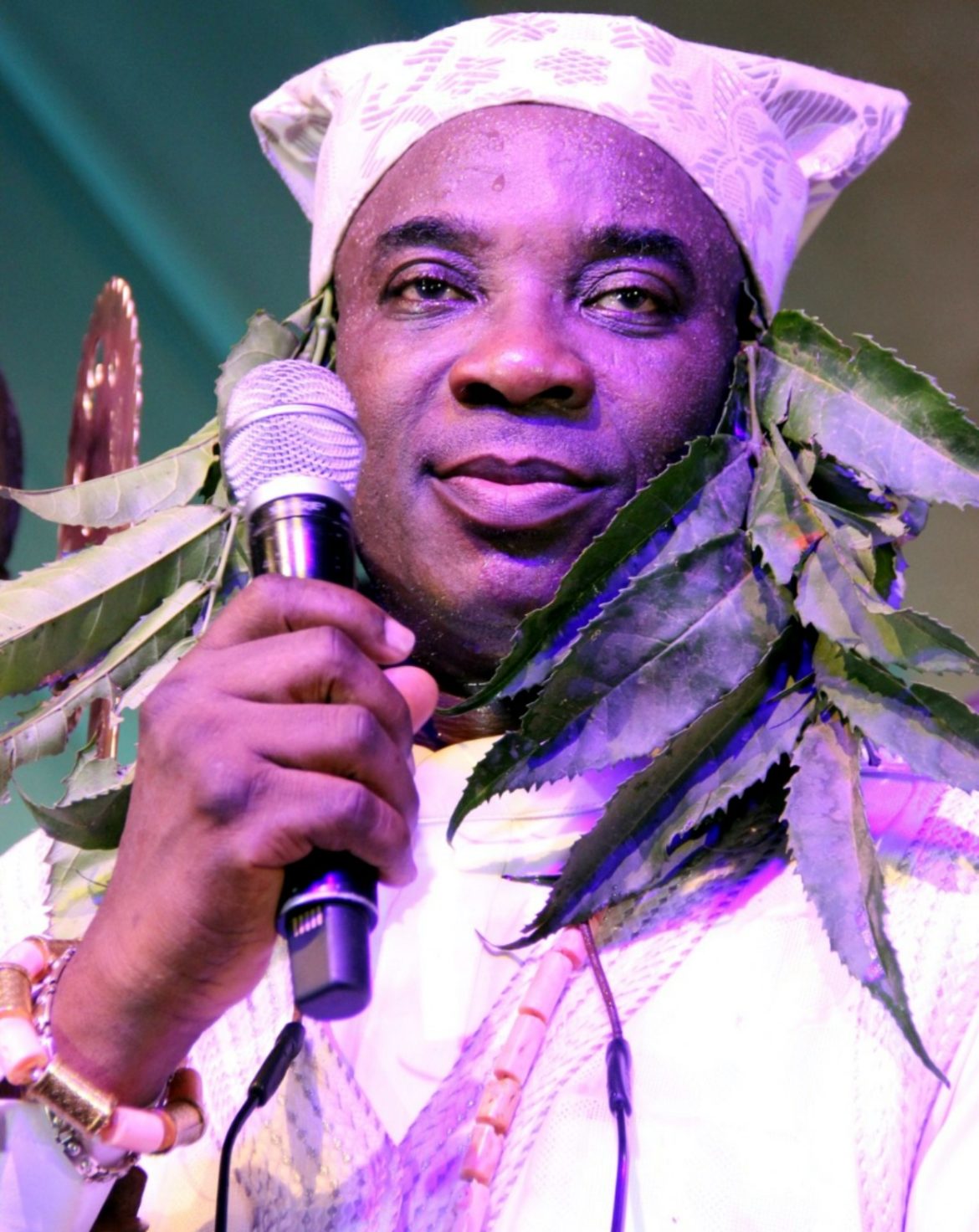 Do you know that the new Mayegun of Yorubaland, Alhaji Wasiu Ayinde Marshal, aka K1, has a strong connection with Ibadan? Do you also know that he got his King of Fuji music title in the ancient city? You probably wouldn’t have been told that K1 was discovered as a younger talent by an Ibadan man (the present Olubadan).

If the answers are no then we can tell you authoritatively that K1, apart from Lagos and, of course, his country home mansion in Ijebu-Ode, has a  home in Ibadan.

This is the town Bobo, as K1 is popularly called by very close friends and associates, was confirmed as the King of Fuji in 1993. The historical events took place at NTA Ibadan.

So, the Fuji lord doesn’t only has a business relationship with many in Ibadan, but has also a part and parcel of the town. In fact, it won’t be out of place to call him a stakeholder in the city. He has got one or two chieftaincy tittles from the town. The present Olubadan of Ibadanland, Oba Saliu Adetunji Aje Ogunguniso 1, is a father figure to him. They have come a long way. Their relationship dates back to the days of Omo Aje Sounds Studio in Lagos, the entertainment company of Baba Adetunji, on which most of K1’s musical efforts were produced and promoted to the world.

It is strongly believed that Olubadan groomed and nurtured K1’s career right from age 17, and till today they still enjoy a cordial relationship.

No wonder K1 is always supportive of whatever Olubadan is involved in and Olubadan too always reciprocates, the gesture. During Oba Adetunji’s coronation on Friday, 4 March 2016, K1 played the role of a Chief Host as the head of the coronation committee. He spent days in Ibadan and made sure all went well. He even celebrated his birthday of that year there (he was born March 3).

Also, when K1 was recently installed the first Mayegun of Yorubaland by Alaafin of Oyo, Oba Lamidi Adeyemi 111, the preparation of the official installation took off from Ibadan. The train, with a long convoy, left Ibadan for Oyo where the installation took place. Many VIP guests were lodged in top hotels in Ibadan two, three days to the event. Bayo Adelabu’s Best Western Plus hotel, where K1 lodged, was fully booked. Even days after the installation, the hotel was still a beehive of activity, as people kept coming to pay homage to the new Mayegun of Yorubaland.

Apart from K1’s strong connection with the Olubadan, he also has a best friend in Chief Akinade Fijabi, who is an Ibadan man. To say K1 and Fijabi are best friends would be an understatement. They are not just close, the duo are each other’s best friend and confidant. They have come a long way and could best be described as 5 and 6.

Similarly, K1 has a personal relationship with some people in Ibadan, so also he has some who are his big fans of all time there.

They love and cherish him and he respects them in return. These people have no only fallen in love with K1’s music over the years, they have become fathers and brothers of a sort to him.

While Alhaji Bashir Kolawole Kuti (BBK) is K1’s fashion designer/stylist and brother. Bashir was the one who designed the outstanding outfits K1 wore for his installation as Mayegun of Yorubaland. K1 also has a brother in Alhaji Tunde Ologburo and others.