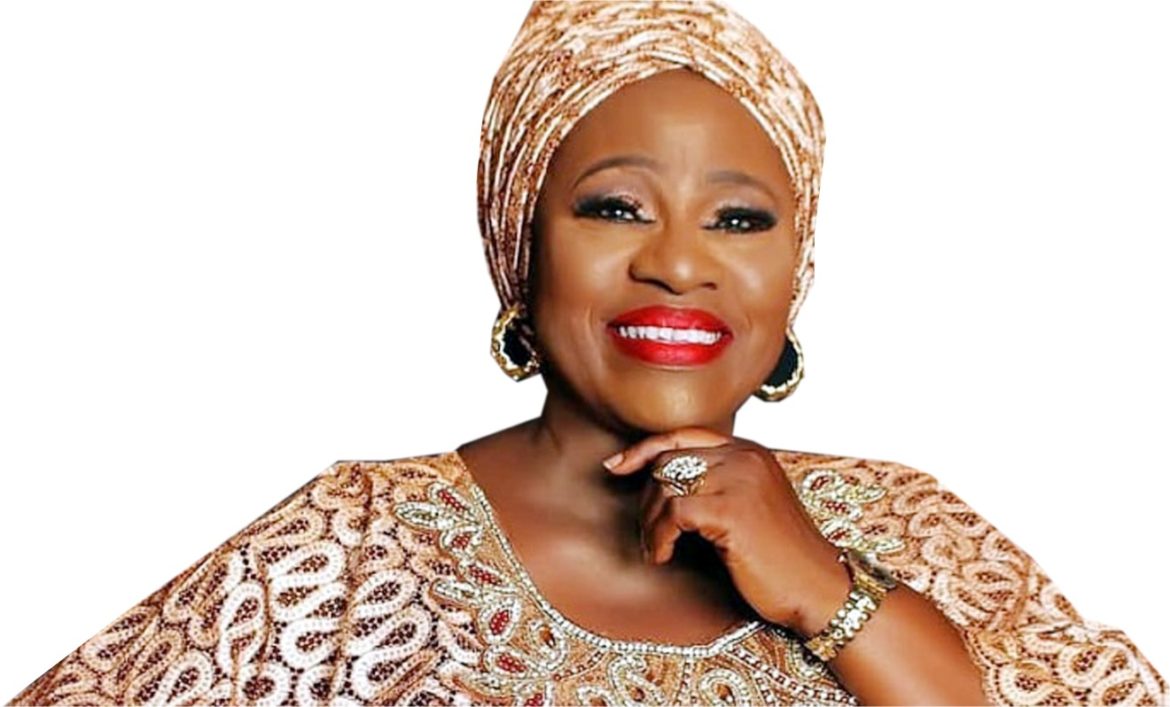 Mama Rainbow whose real name is Prophetess Idowu Philips is a successful actress in the movie industry. She is also a Prophetess. She’s a woman of God in charge of a C&S Church, Ojodu Berger, Lagos.

She started acting in 1965 when she joined her late husband, whose group was called, Rabiatu Dance Drama (it is because of that particular play that she was nicknamed Rabiatu). The play was to hold at the Glover Memorial Hall, Marina, Lagos, but the lead actress was not available even after tickets had been sold and there were already many people in the hall who started grumbling as the play did not start as scheduled. Having noticed that her husband and his managers were agitated, she told them she could play the role of Rabiatu, of which her late husband initially dismissed, saying that she didn’t know much about their work as she was only coming around to watch when she was not on duty at the hospital where she worked. She was a nurse at the time. However, she eventually went on stage and acted the role. They told her what she had to say, and thank God she was able to deliver. The late Chief Hubert Ogunde also attended the play with three of his wives, and he was astounded when he saw her on stage. He then told her husband that he had an ‘instrument’ at home, so he shouldn’t look elsewhere. And that was basically how her acting career started.

Mama Rainbow is a role model to many, and her colleagues, church members, men, women, youths and adults as many people always troop to her church in Lagos for prayers and blessing. Thus, making her relevant, keeping her dignity and prestige in the industry, even in the society till date.

Whenever you meet Mama Rainbow, first thing that comes from her is prayer. When you check her Instagram page, it’s all about prayers. She always takes her time to celebrate many people, especially many of her spiritual children and colleagues in the industry. Not only to celebrate them on their birthdays, but to makes a point of duty to pray for them. No wonder she is excelling in the assignment that God has committed into her hands several years ago.

Another thing that makes Mama Rainbow relevant is her many endorsements, and ambassadorial appointment she currently has with many notable companies. She has, undoubtedly, become the face of many products, and that has obviously, in one way or the other, added to her rating, not only in the industry but society.

She has also continued to look refreshingly young at 77. She walks very smartly. She’s blessed with black and shiny skin. Her body glows like that of a baby. Her outfits on many occasions are usually dazzling. Even when she wears Sultana, she has the shape of that of a young woman. You can never believe she is close to 60 not to talk of being over 77.

Recently, this ageless woman was one of the guests at Princess Toyin Kolade, popularly called Iyalaje Apapa’s New Year celebration/thanksgiving party. She granted City People Magazine, led by the Publisher, SEYE KEHINDE and SUNDAY ADIGUN, an interview. She speaks on her beauty, youthful looks and also reveals why some movie producers stopped using her when she became a Prophetess many years back.

Let me start by asking, what is the secret of your youthful looks?

It’s God. There is nothing Seye Kehinde doesn’t know about me, but one thing I know is that, whoever has God in his or her life, would surely enjoy life.

We are teaching our children that, after God is God. Though, our children have a contrary opinion; they believe that after money is money, that money is everything. You will kill yourself untimely if you keep chasing money, but once you know that there is God, who is providing for your needs in all ramifications, then everything is settled. I hustle a lot, but God has always been the secret of my beauty.

Now that your face is more regular in advert, you have become many companies ambassador. How do you joggle it with God’s calling?

I think that has been planned by God. You would recall that there was a time you did not see my face in Nollywood movies. I asked God what did I do? At times, God hides His people for a reason, a reason; that would be better in the future. Movie producers insisted that if I could not play witch’s role they would not use me again. Then, opportunities started coming in. And God has been helping me to manage all the appointments, very well. There has never been any conflict. When it is time for me to inspect the land, I go. When it is time for me to go to location, I go. And when it is time for me to preach, I preach. God has planned everything well for me.

We notice that you don’t joke with your ministerial calling. If I may ask, how did your interest in the work of God start?

Even the theatre arts, I am still battling with it. Then, God mandated me that I should convert my only house to a church. I must not lease or give it out for rent. And ever since I obeyed Him, I have been enjoying Him. Whenever I observed any challenge that is beyond me,  I will call on Him, that you are the one who sent me. Let me not be ashamed. Let not my enemies triumph, and God always answers.

What were people’s reactions when they heard you have become a prophetess?

That was the genesis of why many producers abandoned me and they didn’t call me for jobs,  because I have become a prophetess, that I have been carrying Bible. If I am carrying a Bible, won’t I eat? I asked them. But they said they had asked many people and were told that I was no longer interested in theatre arts, that I have Iya Aladura. I said if that is the case no problem.

That was how they started using me again.

You have had a rich experience in this industry. How best can you describe the situation of things in Nollywood?

I don’t even understand again. Can you remember the recent event of Foluke Daramola? The number of those who are sick is up to 25.  Those were the ones who came. Meanwhile, we have many who couldn’t come out. If one is sick, without food, without medication that person will definitely die. Many veterans are abandoned. Nobody is calling them for job again.

Look at the younger ones in the industry now. What we can’t do is what they are doing now. At this age now, can I wear a bum-short? Can I carry a gun now? No. They are not writing stories for our age group again, unlike Igbo genre that will go to their villages, to fetch their old actors, but our own children prefer to make up for younger ones to look like old. Many of our veterans are dying of hunger. I am appealing to the government to please come to our aid.

Our mother, Reverend Abimbola Esther Ajayi, has done much. She spent close to N200m on the lady who died of cancer recently. And not only her, to everyone who is sick in the industry. We have many that she has assisted with money. If we have a government that is taking care of the sick and ageing actress/actors, and if the industry is giving them jobs, they would not be sick and nobody would die untimely. To say the truth, there is nothing in the theatre again. Those children who are working, producing are only helping one another. Many of the works you are seeing are products of trade by barter. For how long are we going to do that? Anything could happen tomorrow. Only God can restore everything, but for now, nothing is in that industry.