Home News THE NIGERIAN GOVERNMENT SINCE 1999: WHAT A GREAT FAN OF MILITANCY AND INSURGENCY!
News 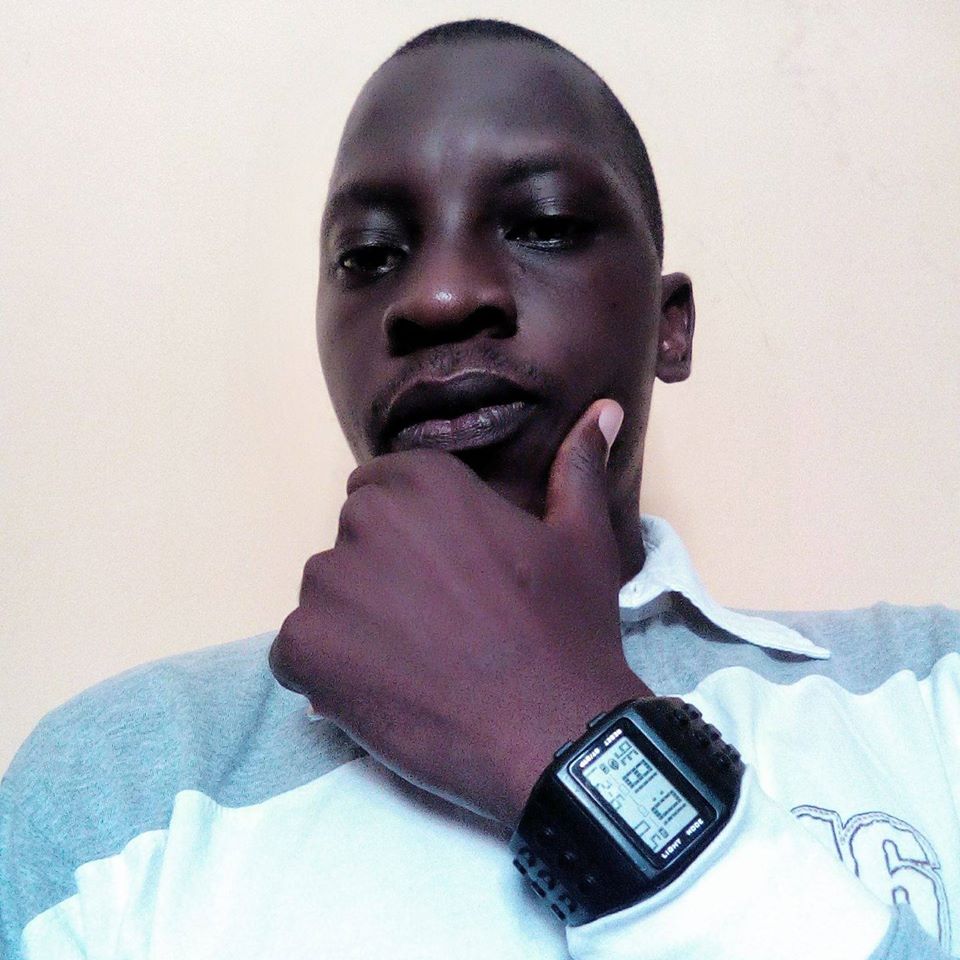 The recent spring of protests that took place in various parts of Nigeria in October this year showed that the Nigerian people, when pushed to the wall, are not that docile as being repeatedly painted by the media and even some NGOs. Lagos state, being the epicenter of the protests witnessed a ghastly massacre of some youths who were legitimately at the forefront of the protest. Despite being bunches of spontaneous groups, the protesters, though, encountered stiff oppositions from both government-hired thugs and law enforcement agents at different locations but they remained resilient, organized, resolute, and focused on their sole purpose of ensuring that Federal government bring those bad eggs in the police to book and also reform the police force.

Government did not want the protest in the first place, as such, it became utterly expedient to secretly buy off the agitators. When all efforts to bribe the arrowheads of the protests and few notable ones among them proved abortive the government immediately blocked the bank account that was being operated with fiat money for the purpose of financing the protest but the youths forged ahead and prevailed in sourcing finance through digital currency.

From the viewpoint of the civil liberty movement or theories of civil disobedience and nonviolent resistance to political authority, one will realize that the youths reasonably conducted themselves. Probably this was due albeit, to some factors such as: the evident ‘unity of the elites’ despite the regression of Nigeria as a country, absolute poverty that ravaged the land, the continuous defense of the police force and crude deception being perpetrated by its hierarchy; and also, the need to make a statement by the Nigerian youths that religion or ethnicity could be sidelined for the purpose of a collective political struggle. The aforementioned reasons could be said to have motivated the psyche of the protesters.

Initially, police brutality, impunity and the overbearing influence of police officers over the common man was identified as the bases for the protest. Instead of the government to reckon with the yearnings of the people, it was the usual absolute silence that ensued from the government. To add insult to injury, the police authority also remained adamantly deceptive and apparently unwilling to sincerely effect changes despite the hue and cries of the protesters.

Consequently, the protest got needlessly prolonged and it was eventually hijacked by hoodlums who took to the streets on the premise that  ‘if government forces could kill armless protesters in cold blood then it sounds justifiable to vandalize police stations and loot private property in order to get even with an almighty Nigerian government that doesn’t seem bothered by virtually anything’. I became sad and had to posit that . ..”this development on its own is an alarming negative social logic which requires oriental societal discursive differentiation in order to positively drill the minds of our people”.

The very crisis that erupted after the Lekki shooting revealed the volatility of our social formation and the precarity of the Nigerian state – as it is evident in the porousness of our security architecture, the depth of poverty, social degradation and above all, the non-identity of the teeming foot soldiers that could be deployed to wreak havoc at any time. It is axiomatic that the unrest which followed the Lekki masacre necessitated the national broadcast reluctantly delivered by Mr President. One of the psychological implications of such a presidential broadcast on the mentality of an average Nigerian is that the government doesn’t care about or entertain legitimate political advocacy.

What then is the link between the cruel quell of the October protest and the future of legitimate advocacy or civil society/liberty movement in Nigeria?. How does it relate to insurgency?. Well, a short delve into agitations that turned to militancy between 1999 and now should suffice in this regard.

For instance, the Niger/Delta militant groups started as peaceful protesters on the streets of riverine area of Southern Nigeria in the year 2000; but they were molested, imprisoned and killed until they metamorphosed to deadly gang of kidnappers and terror-unleashing armed groups who could snap or cut short the lifeline of the Nigerian economy at any slight provocation.

The same dreaded Boko Haram group started as an islamist fundamental social group, until their leader Muhammed Yusuf, was killed and his farm destroyed by the government forces in 2009. In fact, the Nigerian government dishonored ICJ’s ruling on compensating Yusuf’s family and they also failed to disintegrate his followers by engaging them through productive activities.

Groups of disjointed bandits that are terrorising most parts of Northern Nigeria in the recent time were once laymen, farmers and herders. But they got frustrated out of failed secret promises by the political elites who created and used them as instruments of destabilization. As such, they became monsters and chose to wield the arms they got from politicians for kidnapping and reckless killings.

Since 1999,  the Nigerian government has been offering amnesty to militant groups; talking about cease fire; paying ransom; rehabilitating and promoting welfare packages for terrorists. All these were even institutionalized through the establishment of agencies such as the NDDC- Niger Delta Development Commission, NEDC- North East Development Commission and even ministries.

It seems that Nigerian government prefers a situation where the state assumes a ‘caretaker role of terrorists’ instead of addressing the reason(s) for which the group sprouted in the first place. If not so, how come the government makes use of iron hands against political agitators and eventually turn around to be welfaristic towards the same agitators when they have already become public enemies?.

A critical appraisal of government performance in handling the problem of insurgency since 1999 could lend credence to what has been described by some analysts as ‘a systematic encouragement of militancy activities by the government of Nigeria in order that government officials could make more money through huge budgetary allocations for insecurity being a national problem’. A comparison of military rule to the era after 1999 will substantiate this claim. The military, despite its command nature and autocratic model of governance still, to a reasonable extent, listened to civil society groups. Though it wasn’t a norm for people to take up arms against the military during its heyday, it is also a truism that the military did not in any way encourage militancy or insurgency, either for political gains or financial rewards.

We have realized that the Nigerian state in all ramifications is such a typical example of the Marxian instrument of oppression and a kind of overarching agency that was put in place in order to ensure the continuous domination of the society by some notorious selected few. In fact, the Gaetano Mosca’s elitist theory is the best description that captures the Nigerian political narrative since the return of democracy in1999 because power has resided with a clique of privileged classified few while majority wallow in abject government-policy-induced penury.

The very act of suffocating the masses by the government/elites through re-engineering of the socio-economic systems (social inequality and oppression) is directly proportional to all public agitations. It then becomes intrinsic that people ask fundamental questions as to why, what, when and how would they fare. When the state forcefully gag and hunt down agitators as it is seen in the case of #ENDSARS promoters hence, the need to seek options for the sustenance of such political struggle; which invariably could be pivotal to the transformation of legitimate advocacy to militancy or insurgency.

An enigmatic dilemma is in the making in Nigeria but we are not taking it seriously. Why did I say so? Religion and ethnicity does not matter to these protesters. They are in fact, acephalous in nature – no leader. They have a common enemy – bad governance. They speak the same language – change of situation. They use the same weapon – technology. They have the same history – things will get better. Their primary aim is not political power. They are not afraid of death because the economy itself is killing their morale daily. They don’t take bribes. Above all, they are capable of transmogrifying to an anonymous enemy of a bad government that can carry out asymmetric warfare in the name of the course they believe in.

It will be in the best interest of the country and the political elites to reasonably adjust the blade of the guillotine they normally use in beheading non-state actors and those with dissenting thoughts. If the government of Nigeria did not desist from using force in quelling political advocacy the masses will be forced to speak in the language the government understands. If the government, through blatant intolerance and suppression of fundamental human rights eventually creates monsters out of the volatile hordes of Nigerian youths, then, we should all be ready to witness the birth of a new pariah state.

The truth is, there is no way the Nigerian army can cope with a generation of tech-savvy militants that might likely emerge from the ongoing behavioural class war. Most importantly, we should also bear in mind that every group, either real or imagined, always has some leftists elements!

THE NIGERIAN GOVERNMENT SINCE 1999: WHAT A GREAT FAN OF MILITANCY AND INSURGENCY! was last modified: December 18th, 2020 by Reporter