Why I Have Remained Single @ 41 – Star Actress, GENEVIEVE NNAJI Opens Up 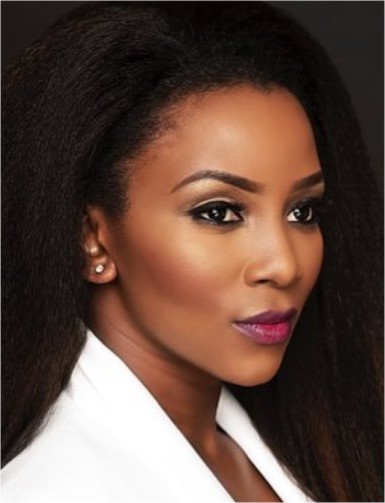 She is of Africa’s finest and sexiest actresses. Genevieve Nnaji who is currently topping the chart of highest paid Nollywood actresses is newsworthy at any time with her mind-blowing career. She is also one of the single ladies in Nollywood men can not resist.

The stunning actress has grown through the years, to become the most recognizable face from Nollywood. Gene who was referred to as the “Julia Roberts of Africa” on an international show, Oprah Winfrey was chosen due to her wide appeal across the African continent and all over the world. She attended the Methodist Girls College Yaba before heading onto the University of Lagos. While at the university, Genevieve began auditioning for acting jobs amongst the many Nollywood projects.

She has already shown that she is a force to be reckoned with. The 41-year-old has starred in more than 100 films over the last 3 decades and her rise to prominence coincided with the exponential growth of Nollywood, as the Nigerian film industry is called, across Africa. Why has she not been married? Despite she is beautiful and brainy? this is one of the many important questions all her fans are always eager to hear from her.

Few days back, the mother of one in a recent interview disclosed that she is scared of having a failed marriage. According to the 41-year-old, she decided to remain single because she does not want to experience a failed marriage.

In her words; “If I get married, I really want to stay married, and staying married is not an easy thing. It means you are completely in tune with your partner. It means you have found your soul mate and will have to be able to stand a lot of disappointments that would definitely come but then again you have to learn how to forgive.”Genevieve who has never been married gave birth to her daughter, Theodora Chimebuka Nnaji when she was still in secondary school, at the age of 17. Theodora, 24, is now married to her Heartthrob, Prince Chigozie Ikediwa. Also when Genevieve turned 36, she granted a major interview where she revealed the kind of man she intends to get married to. On her first love? She says He was a very, very, handsome man. A long time ago, a very handsome man, trust me. When asked if she was in a relationship,?

“*takes a deep breath* I think everyone is prioritizing and so am I. It’s not like I don’t want to settle down or want somebody and until I find that person, there’s no thought of me settling down. I’m not looking, I’m a woman, we are not allowed to look”. On if she has a boyfriend presently? “I don’t have a boyfriend now”. She also revealed her kind of man, she says,

“I am that person that eats with her eyes like I need to be attracted to you. Definitely. There has to be a physical attraction that will draw me to you but at the end of the day, it’s your mind I’m going to fall in love with. I’m probably looking for a friend, someone who shares a like mind and somebody who is confident. Aww, I love tall guys. I’m short you have to think of the kids”.On marrying a guy she is richer than? How much money do I have? I’m not even that rich. I pay tax, I pay rents, I run an office, I have staff. So, talk about the money I spend, not the money I make”

Genevieve has become a household name and she keeps captivating her audience with her talent. She started acting as an eight-year-old, starring in the popular TV soap Ripples.

Her Nollywood career really took off when she was 19 in Most Wanted.

She grew up in the bustling city of Lagos in a middle-class home – her father an engineer and her mother a teacher. She won the Africa Movie Academy Award for Best Actress in a Leading Role in 2005, making her the first actor to win the award. In 2011, she was honoured as a Member of the Order of the Federal Republic by the Nigerian government for her contributions to Nollywood. Her directorial debut movie, Lionheart, is the first Netflix Original from Nigeria, and first Nigerian submission for the Oscars.

The Mbaise born, Imo State actress grew up in Lagos. She is the fourth of eight children, She attended Methodist Girls College (Yaba, Lagos), before transferring to the University of Lagos, where she graduated with a bachelor’s degree in creative arts. While at the university, she began auditioning for acting jobs in Nollywood. As of 2009, Nnaji was one of the best-paid female actors in Nollywood. In 2009, she was referred to as the Julia Roberts of Africa by Oprah Winfrey. In November 2015, Nnaji produced her first movie called Road to Yesterday, later winning Best Movie Overall-West Africa at the 2016 Africa Magic Viewers Choice Awards.

On 7 September 2018, her directorial debut Lionheart was acquired by online streaming service Netflix, making it the first Netflix original film from Nigeria. The movie had its world premiere at the 2018 Toronto International Film Festival, Genevieve Nnaji is a very strong girl and women activist. She advocates for Nigerian girls to be able to have a say in who they choose to marry. She is against early marriages for the girl child. She is strongly against abuse of women in society.

Nnaji has featured in several commercials, include for Pronto (beverage) and Omo detergent. In 2004, she became the “Face of Lux” in Nigeria in a highly lucrative sponsorship deal. In 2008, Nnaji launched the clothing line “St. Genevieve”, which donates its proceeds to charity. In May 2010, she was appointed to be the official “Face of MUD” in Nigeria.

READ ALSO: HY LAYCON OF BBN IS THE MOST TALKED ABOUT HOUSEMATE

Why I Have Remained Single @ 41 – Star Actress, GENEVIEVE NNAJI Opens Up was last modified: September 9th, 2020 by Tayo Oyediji

Why Many Pastors Are Against New CAMA Law