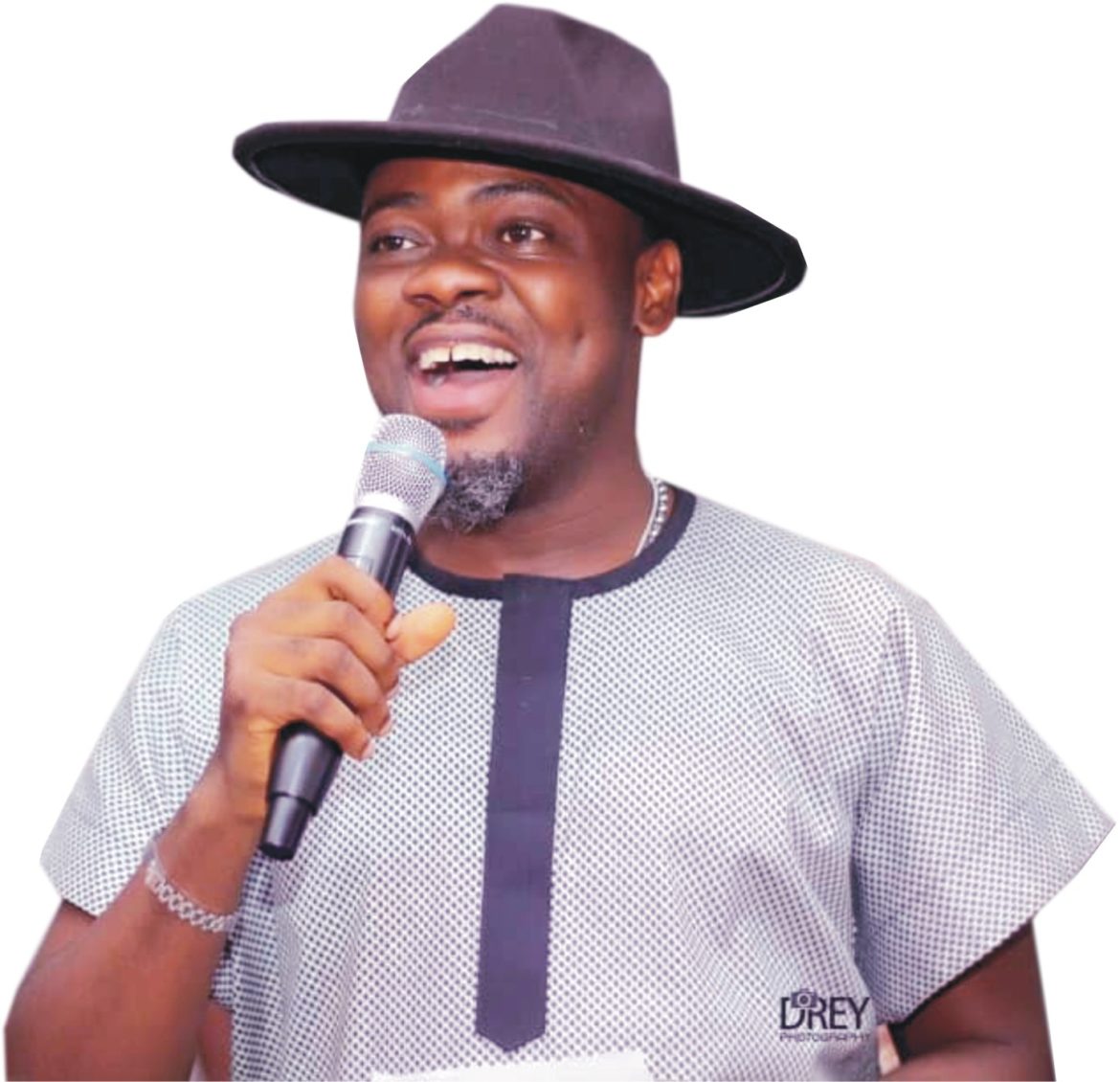 Awesome Band is the hottest music band in demand in Nigeria at the moment. Awesome Band has won several awards to her credit. The band is taking over Nigeria party scene with its new style of juju music. Abbey Awesola, the leader and founder of the band is an energetic and creative young man with great talent. He performs all genre of music including Apala, Juju, Fuji, Afro Hip Hop, Naija Hip Hop, Dance Hall, contemporary and his stage performance is second to none.

Awesome band got lots of attention with his mixtape which went viral. It was believed that the mixtape had a studio effect and can’t be performed live. Over the years, Awesome band has proved to be more than efficient on stage and has performed with ‘A’ list singers.

Abbey Awesola and his Awesome band bagged another award at the 2019 City People Music Award and there he granted an interview with City People Editor, Wale Lawal and Society Reporter, TITILOPE OGUNLEYE where he spoke about his career and first contact with ace musician Yinka Ayefele.

Congratulations on the award you just picked up from City People. Tell us, what does this award really mean to you and what sort of feeling does it give you?

Firstly I give thanks to Almighty God for this wonderful privilege and also thank the entire management of City People Media Group. I am so glad to receive this and it is a great privilege because many music bands are out there that are also doing so well.  So for City People to see me, recognize me and consider me deserving of this award, it means so much to me and I am so excited.

A couple of months ago, we had an interview with you and that was when City People first got to discover that there is an awesome band called Awesome. Now it has been months after and we know a lot has happened and you have been virtually everywhere. Tell us, how has the journey been for you in the last few months?

Glory be to God. After that interview, City People gave me the opportunity to perform at their two major events, the interview came out in the magazine, I saw my pictures and I was excited. The organization has contributed a lot to my dream and passion because more people have been able to see me through their platforms and that is a blessing to me.

How busy have you become since then?

God has been faithful. I get very busy. I have shows every weekend and I give thanks to God for that.

We are also aware that not long ago, you were at Yinka Ayefeles triplet dedication and you thrilled the audience with your awesome performance. Tell us about it.

Yinka Ayefeles manager called me, I was very surprised and was wondering how come and he told me not to worry that Baba himself will call me. So I sat back, expecting his call, then he called me and spoke to me like we have known each other for a very long time and yet we had not even met at all. He asked about my family, work and he commented that I was doing so well and that he heard my mixtape and he will love me to come and perform at his triplets dedication. He now said further that he has many sons in the Music Industry who would love to perform but he wants me to come. He also said that I should keep up the good work and change my pattern.

What sort of feeling did that give you because that was a really big platform?

It was big platforms for me to showcase my talent. Many people have heard the name and the mixtape but they have not seen the face and many have even argued that the mixtape had studio effect and that I cannot perform live like that and I had to use the platform to show them that we can even do better than what they heard on our mixtape.

What did Yinka Ayefele tell you afterwards?

He called me the day after and really appreciated my presence and told me I surprised him and he also promised to call me and I know that is the beginning of more good news and great things to come.

From your first physical interaction with him, how will you describe him and how did he receive you?

He is a very nice person. I was on stage singing when he drove in, so I left the stage, went to him, prostrated and he asked me to get up and he said thank you and it was obvious that he was excited. He is an amazing person.

Awesome band has gone far and you have played for many millionaires and billionaires. How do you hope to continue that moment considering the fact that there are a lot of other big live bands who are coming in with strong competition in that sector?

It takes the grace of God to stay long in that sector. Legends like King Wasiu Ayinde Marshal and Pasuma have been in the limelight for years and they are still thriving till today. Many rose to stardom like them but they are nowhere to be found today, so I believe strongly that it is God that sustains relevance and stardom and I trust. He will do it for me.

What are those five top events that you have played in this year?

I have played in a lot but I will just mention the few that come to my head now. I have played at events for the Okoyas, Olu Okeowo, Yinka Ayefele, and the funeral of Dangote’s manager to mention just a few.