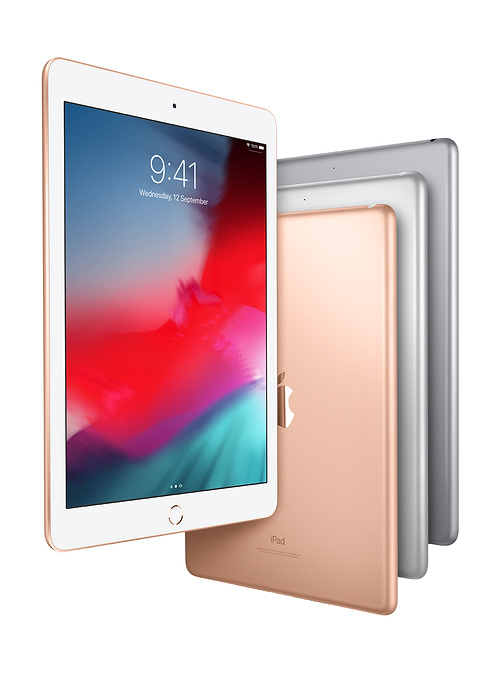 There has been a rapid and phenomenal advancement in the world of technology in the  last 150 years to the extent that sometimes we are wont to ask ourselves what humanity was doing for thousands of years. There have been so many theories as to why humanity was stock in the Stone Age for an insanely long period of time.  Thank Goodness, once a few noble men dared to think outside the box, things moved forward in leaps and bounds.

As a result of this breakthrough on our planet, men began to dream about devices, gadgets and opportunities which would seem unimaginable to the uninitiated. These technology devices were simply known as science fiction because they were only the work of fiction and seem farfetched. They were simply magical. Arthur. C. Clarke, famed science fiction writer, aptly stated in 1962 that “any sufficiently advanced technology is indistinguishable from magic”. Interestingly, most of those who featured these science fiction devices in books and movies were not scientists and not necessarily aware of how the principle of Physics would make these things possible. Yet scientists were inspired by the power of this imagination.  Today almost every other gadget that is regarded as fiction not too long ago has become a reality and counting. Here are 12 of the numerous tech science fiction devices that became reality. 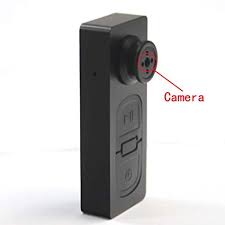 James Bond’s Gadgets
If you grew up watching Ian Fleming’s James Bond 007, you must have been thrilled about all the gadgets he displayed.  Those gadgets were not in existence them.  The use of those devices for the spy work of the main character was interesting but we never imagined that we will live to witness devices like button hole cameras, GPS devices, selfie sticks and some many other Artificial Intelligence centric devices deployed in James Bond movies.  In fact, you will be hard pressed to find any device that was used in a James Bond movie that is not reality today. 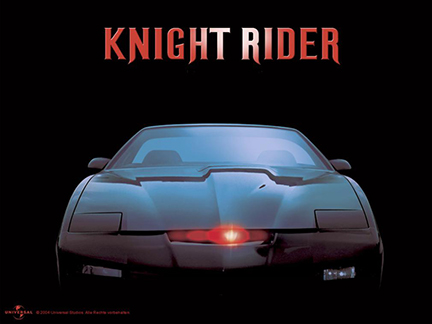 Driverless Car
Cars that drive themselves have always been a stuff of legend. Such cars were featured in a lot of science fiction movies in the past, including Knight Rider. Such imagination was simply unrealistic as far as we were concerned at that point in time. We now know the result. Self driving cars are being churned out daily by some of the world’s top manufacturers right now. In fact, some of them are more advanced than what we saw in those science fiction movies.

Smart Speakers
Thanks to Amazon Echo, Smart speakers are ubiquitous today. When it was featured in a Knight Rider movie of almost 40 year ago in a talking driverless car, it was a general eye roll by movie watchers. It was like the world of cartoons that anything is possible but impossible in the real world. Today, cars are being fitted with smart speakers and they talk and drive themselves.

Smart Phones
The Star Trek series has a lot of influences in science fiction as this is what it has been basically all about. There was a device known as Tricoder which does almost all the job done by a Smartphone phone today. It was a mobile device which was carried around and had the power to communicate and aggregate information. It was unimaginable in the 60s. It was simply science fiction and like magic. Today, we have the smart phone which is even more advanced than the Tricorder.

Flip Phone.
In the 70s, Star Trek also featured a device for communication between the different characters. The device had a striking resemblances to the flip phones that that we used almost 30 years later. Yet in the 70s the device seemed farfetched and elicited a roll of the eyes by people who never imagined that such a device will be remotely possible in the future. Here we are today and flip phones are so yesterday. 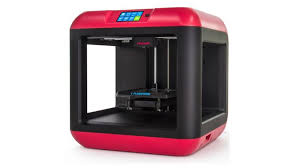 3D Printers
The Star Trek series contributed a lot to the advancement of technology by featuring gadgets and devices simply out of imagination. Another science fiction objective that was featured by the popular series is the Replicator. This contraption replicated anything you placed on it. This was one situation that never seemed remotely possible. Yet, today we have 3D printers that can print almost everything you want it to, including guns.

Tablet Computer
Almost 40 years ago, Star Trek featured what was called the Personal Access Display Device. Think about iPAD today. It was a form of tablet computer even before the world was able to witness a Personal Computer PC. The idea was simply out of this world when it was used on Star Trek. Today, tablet computers like iPad and Galaxy Tab are everywhere.

Video Calls Capable Devices
The science fiction series in the 70s, The Tomorrow’s People featured a device which was capable of a video call. Watching the reruns of the series as we grew up later, we wondered how cool it would be if you can really pick up a device and call someone and make eye contacts with them as you see their live video. We never knew that in our life time, we were going to be witnesses to video calls. Interestingly, the science fiction of video calls technology was first brought up by a book in 1911 before a computer even existed. 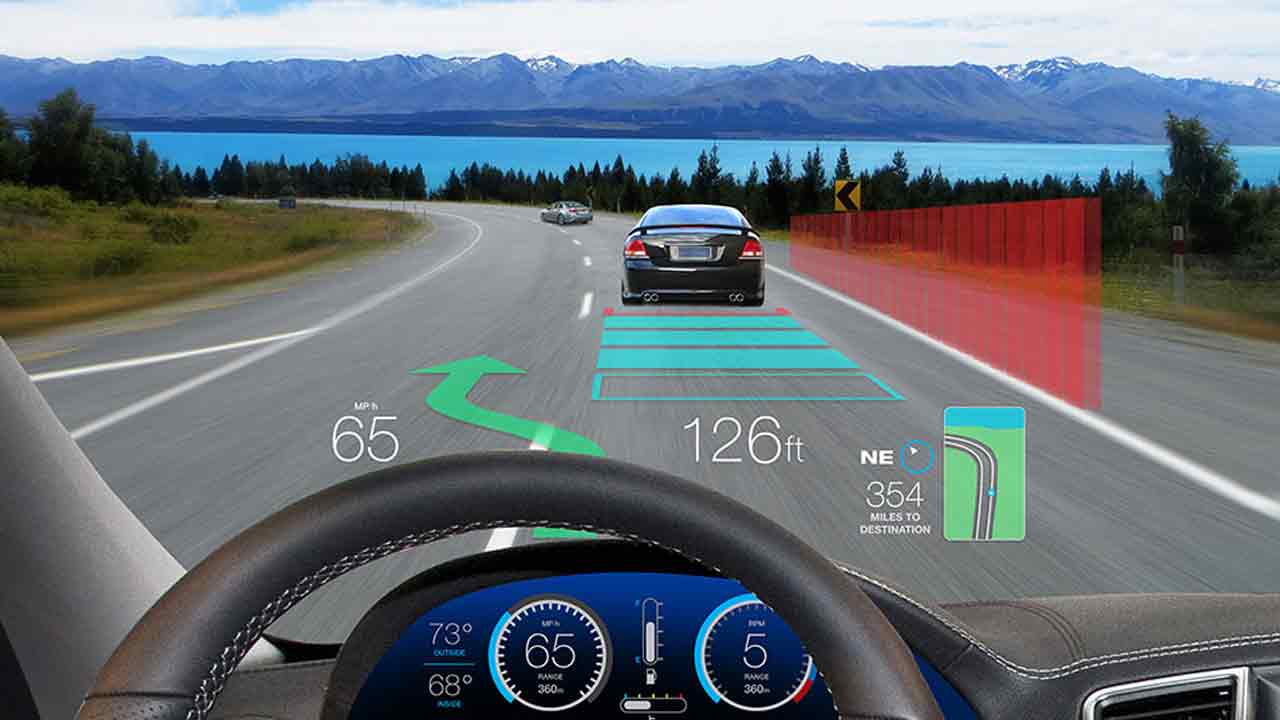 Heads-Up Display
Though, Heads-Up Display is still relatively a new technology as far as the mass market is concerned, the device was but just a figment of someone’s imagination 60 years ago. Such device was featured in the movie Minority Report.  It had striking similarities to the concept of the devices now in the market. Even the producers of the movie in the 50s did not imagine that such a device will be available now.

Flat Screen Television
While television technology was still at its infancy more than 50 years ago, some writers of a movie script imagined a colour television so slim that it could be fitted to a wall. This was at a time when bulky cathode ray tube, black and white television still held sway. The possibility of such a futuristic entertainment device seemed utopian but interestingly, we are at an advanced stage of smart screen television today.

Robot Vacuum Cleaners
It was still science fiction when a robotic vacuum cleaner was featured in a movie, Jestsons about 30 years ago. It was all part of the imagination of what we wished existed to make life easier. There are now millions of robotic vacuum cleaners all around the world, thanks to the advancement in technology.

ATM Card
Almost 150 years ago, Edward Bellamy wrote about a man who fell asleep and woke up in the year 2000, only to see that cards are used as mode of payment. It was a book about time travel into the feature and it seems almost like prophesy than even science fiction. Today, ATM cards are everywhere and it happened almost the time the man woke up in the Bellamy’s book. People wonder if Bellamy was himself actually a time traveller.

NGO Tells NCC To Remove Pornography From The Internet