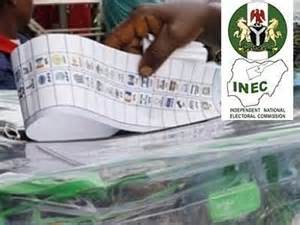 The Independent National Electoral Commission (INEC) has earmarked N9 billion in the 2018 budget estimates of the commission for hazard and other allowances of staff members on the field.

Chairman of the commission, Prof. Mahmood Yakubu made disclosure on Wednesday while defending the 2018 budget estimates of the electoral body before the Senate Committee on INEC.

He explained that the total budgetary figure of the commission for the 2019 general election was still being compiled.

According to him, the exact amount of money the 2019 general election will cost the commission across the 119,999 polling units in the country can only be arrived at, after the passage of Electoral Act.

“It is provisions of the amendment to 2010 Electoral Act after passage by the National Assembly that will show the commission how elections at primary level by the political parties would be conducted.

“And monetary cost that would entail on the part of INEC, let alone the general elections”, he said.

Others are: Yahaya Bello, Nasarawa and Mohammed Ibrahim from Gombe.

Yahoo boy nabbed inside the bank over £30,000 Love Scam