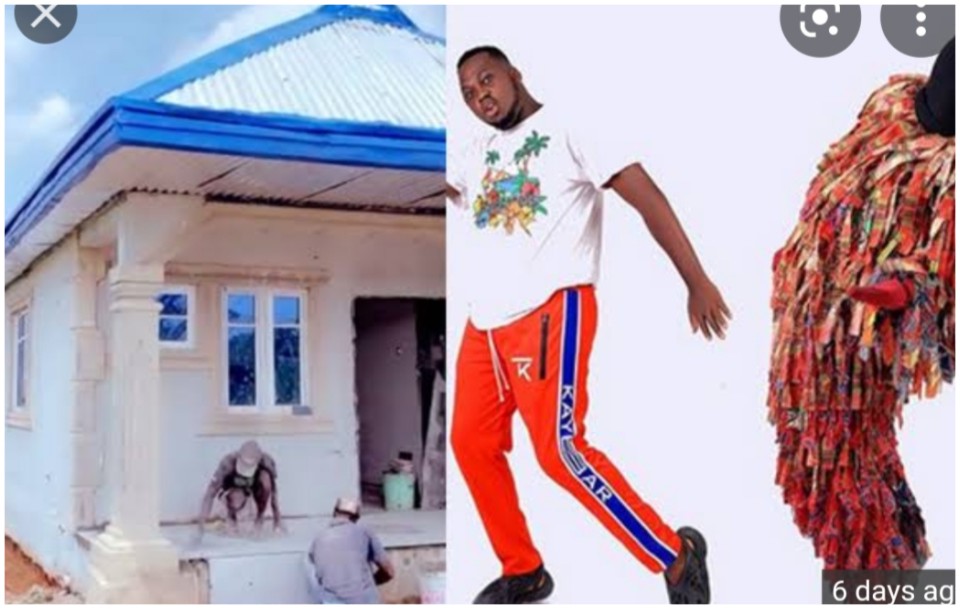 The comedy industry seems to be doing great lately as young and fast-rising comedians and skit makers on Instagram are cashing out big time.

These guys are really creative and highly talented. And social media has indeed helped them a great deal to showcase their talents to the world.

A few years back, when we talk about comedians in Nigeria the names that easily come to one’s mind are the likes of Ali Baba, Basket Mouth, AY, Klint the Drunk, Bovi amongst others.

Social media has remained the platform for younger ones to exhibit what they have and this has also made lots of big brands in Nigeria endorse them with mouth-watering deals.

And within a short period of time, these highly talented stars have acquired houses and expensive cars. Comedy no doubt tends to be the next big thing in Nigeria.

They don’t even need to go and perform at shows before making their money these days with the help of social media.

Just a few weeks ago, popular Instagram comedian, Isaac Aloma popularly called Zicsaloma announced he bought a house and a car and according to him, the properties were bought from the proceeds of social media comedy. He also said “I knew I would be a landlord but not as fast as it came. As of January, I was living in a one-room apartment and in less than 6 months, I have a duplex in Ajah, Lagos State.

I bought a house that was already built initially I was supposed to pay for the house in instalment but I ended up paying for it within 2 months.

Zicsaloma remains one of the fast-rising comedians on Instagram currently dominating the scene with lots of followers on Instagram.

Also popular comedian, Kuye Adegoke a.k.a. Egungun recently took to his Instagram page to share the good news of his progress after he became a house owner.

He is among the wave-making comedians on Instagram who have been known to entertain his fans with his masquerade costume.

He recalled his success story through a video he shared on Instagram on how from being homeless to acquiring a five-bedroom apartment.

According to him, he revealed that by this time last year, he was squatting with people and was chased severally, with no house, no hope but kept believing in himself. to eat was a big problem but within 6 months his story changed and things turned around.

His real name is Kelvin Anagbogu, a comedian, content creator, entertainer and model. He carved a niche for himself in the comedy industry and currently among the wave-making young comedians in the entertainment industry.

His comedy always centres on exposing lies men tell their partners and chose the stage name Lord Lamba which means Lord of Lies. His comedy skits are meant to expose lies from men.

We can’t ignore the wave-making comedian, Obotuke Timothy, the popular Instagram skit maker who is known as Sir Balo who also acquired a duplex in Lekki, and he took to his Instagram page to show pictures of his newly acquired home.

Let’s not forget that early this year he acquired a new car barely a month after surviving a ghastly auto crash.

The young comedian on Boxing Day 2020 crashed his Lexus RX 350, a Sports Utility Vehicle (SUV) and barely 4 weeks after crashing his Lexus, he acquired a Mercedes C-Class.

Also popular comedian, Isokoboy just acquired a new Mercedes Benz worth over 16 million. Clement Akpobomme Ogudu a.k.a. Isokoboy became a household name with his exceptional comedy. He is also an influencer and a blogger.

He is famous for his online comedy skits which he started out generating and sharing first on his Instagram.

Besides these comedians, there are other comedians who equally acquired expensive cars and houses a few months ago.

Popular Instagram comedian and actor, Chukwuemeka Emmanuel Ejekwu popularly known as Mr. Funny also acquired a Posh Mercedes Benz SUV Jeep. And he took to his Instagram page to share the good news with his fans.

Also, popular comedian, Mr. Jollof took to his Instagram page to unveil his latest ride, a brand new Range Rover. He equally shared a video of when the Jeep was delivered to his home by OAK Autos.

She shared a photo she took with her friends behind a beautiful black car. She remains the youngest and most successful female comedienne in the industry, and also just a few months ago, she gifted her mother with the newly acquired house.

Why I Left My I.T Business For Real Estate 8 Yrs Ago – LAGOS Property Developer, ABIODUN ODUTAYO

I Had An Encounter With God Just...