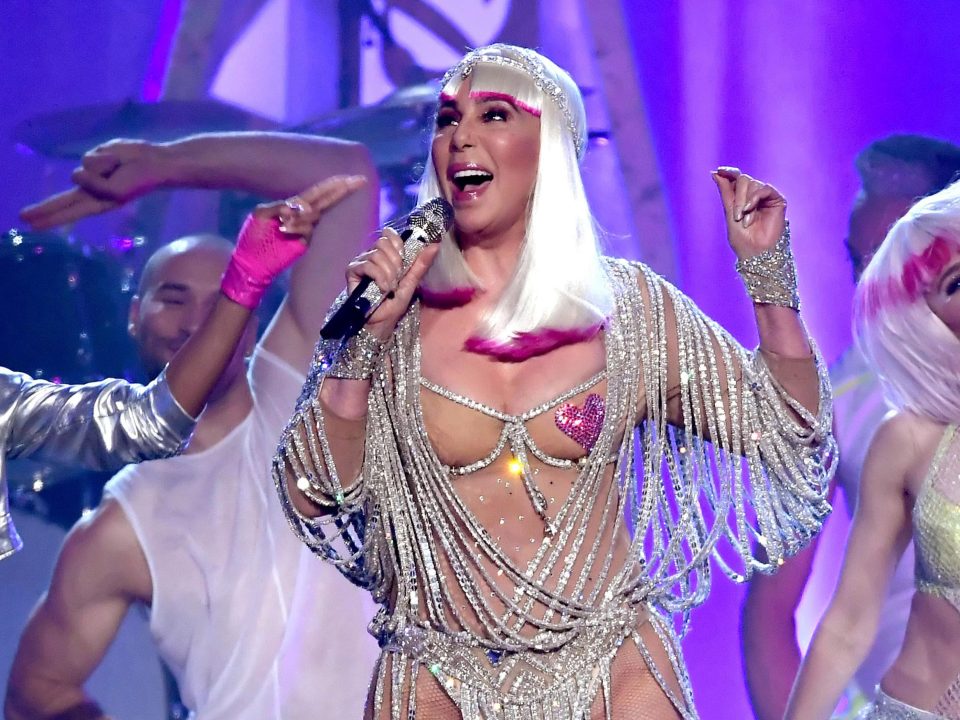 The legendary singer, 71, flashed her breasts in a risque silver ensemble as part of her performance at Sunday night’s ceremony, where she won the Icon Award

But despite it being her first awards show performance in 15 years, Piers was not impressed.

Piers clarified it was 56, before highlighting Cher’s silver outfit, which featured draped silver fabric and made it look like the singer was not wearing a bra.

While one breast had a pink heart nipple pasty over it, the other was hidden behind the flesh coloured fabric, and Piers said: “That one in particular, come on Cher for goodness sake love. 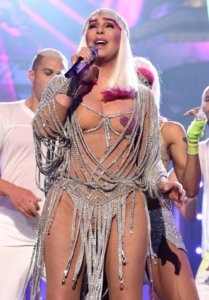