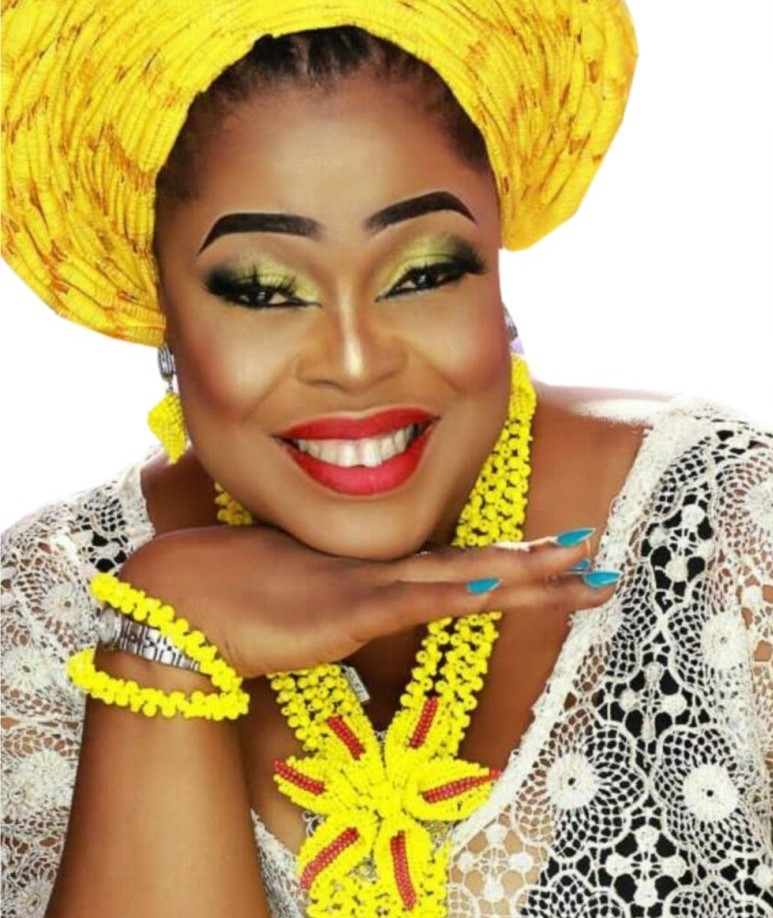 Joyce Dupe Jabaar is one of the oldest fashion designers in Ogun State. Her label is popularly known as Duchy and she has designed for many celebrities in town including, Senior Civil Servants, politicians and socialites in Abeokuta. Her label is always flawless. Five years ago, the curvy designer relocated to Lagos and sited her outfit in the Ikeja area. After seeing it all in Lagos as she said, she came back to Abeokuta, which she refers to as her root and since then she has carved a niche for herself.  Her clients in Lagos also come to Abeokuta to make their dresses in her new store located at Ita Eko area of Abeokuta, where big babes go to for their beautiful sophisticated fabrics and fitting designs.

The single mother of one is a hard-working woman, who is always on her feet, striving to ensure a good life for her son. Those who are close to her said she is a fun-loving and ever-smiling woman. On her list of friends are many top shots in society. They also patronise her.

Everything was going on fine for her until 9-months ago when her attendance was no longer regular at her shop and whenever she came, she was always looking tired, and unkempt. Her dowdy appearance became worrisome to patrons and admirers because Duchy, as she is fondly called, is a stylish woman and always on her high heels. She knows how to combine and match colours that will make people want to crave what she is wearing. At some points, she stopped coming to the shop and went totally off the scene. That was when people knew something was wrong.  A few persons knew she was sick. They did not, however, know what was wrong with her and how bad her condition was.

Duchy pursued her passion in the Fashion industry by designing and producing pieces that were not just innovative but also described as simply exquisite. A fun-loving single mother of a cute 11-year-old boy, she pursued her dream of producing an outstanding brand in the Fashion industry with relentless passion. Unfortunately,  she had to put her passion and budding brand on hold to fight for her life as her kidneys were said to have collapsed.

Right now, friends and family members are rallying for funds to enable her undergo a Kidney transplant surgery to save her life. She has closed down her business and sold everything. She is trying to raise the required N21 million. It is, however, regrettable that the little fund she has raised keeps dwindling because of the frequent dialysis fee that she requires to keep her alive. She has now been advised to undergo a transplant surgery for a more sustainable solution to the pain she is currently experiencing.   She has become a shadow of herself and it’s hard to recognise this pretty woman who was once blessed with great curves.

In one of her interviews, she said  “I started the fashion business in 2006, and then it was not easy at all because you have to do a lot of convincing, letting people know that whatever you see in readymade clothes, we can also do better, and let the outfit sit on you. You don’t have to sit yourself into the outfit. It was not easy initially but after a while, people started embracing it and thing, started changing. About my going to Lagos and coming back, I thought Abeokuta was ready and not only for fashion but also for other businesses too. I can confidently tell you that.  I had a flair for fashion and I believe it’s my calling, we all have different callings, not only pastors have callings. My calling is to make people, both men and women look more beautiful, confident, happy in the creativity of God, and I am happy doing what I’m doing.  Joyce Modupeople Jabaar, is from Osun State but an Abeokuta girl, she was born and raised in Abeokuta,  and she’s a graduate of Kwara State Polytechnic.

READ ALSO: THOSE WHO WILL MAKE DAPO ABIODUN’S CABINET REVEALED!

There Is Pressure To Perform @ 4 Events In A Day – Faith Music Band Leader, AYO AJEKIGBE