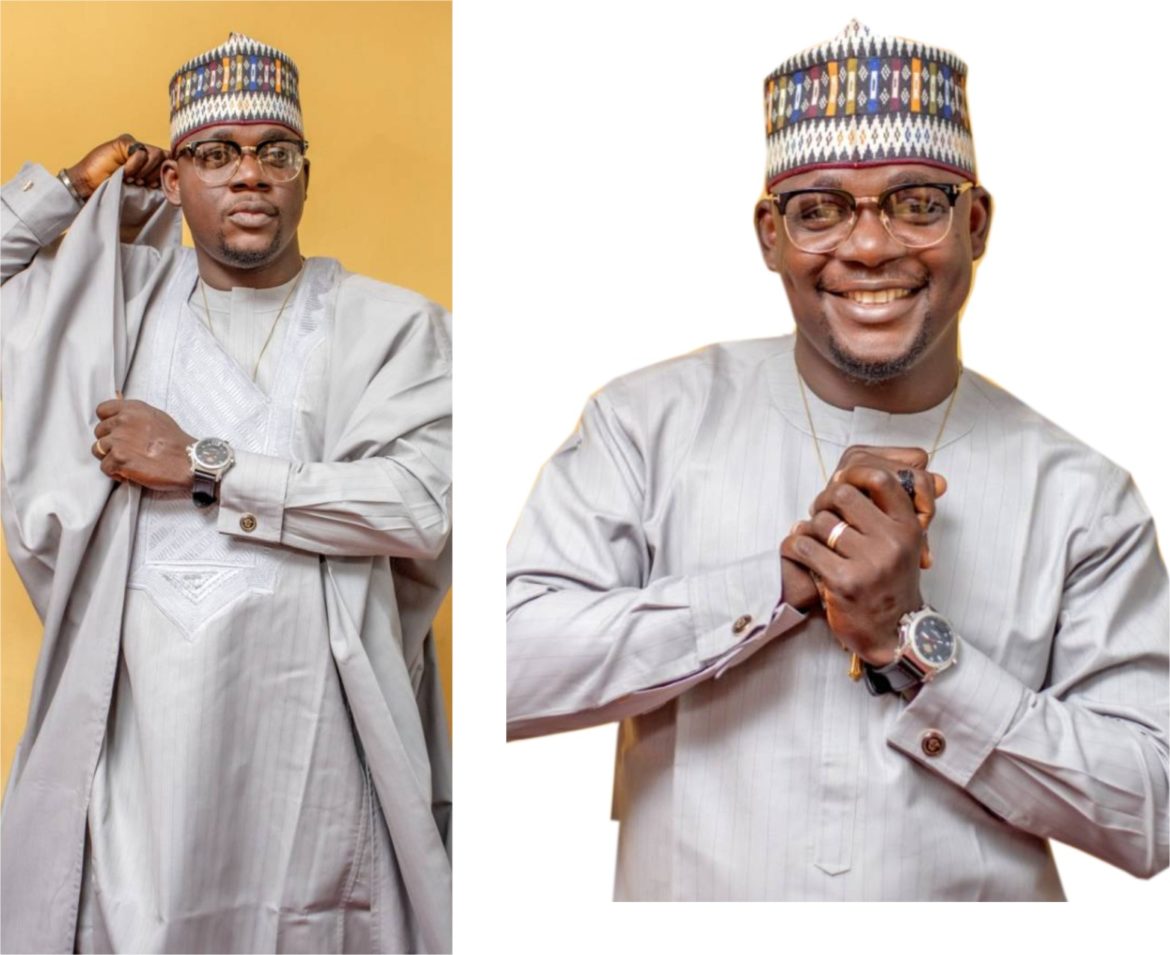 Popular comedian, Agboola Samuel Olatayo fondly known as MC Pluto is one of the comedians currently making waves in the entertainment industry. A graduate of Mass Communication from Olabisi Onabanjo University, Ago-Iwoye, afterward, he worked with a media outfit as a presenter, before going to Nationa Broadcast Academy for more knowledge. He is not just the regular comedian but a motivational comedian, which stands him from all other comedians.

He has performed in many different shows but anchoring the former President Olusegun Obasanjo 80th birthday party changed his career positively. In this interview with City People’s BIODUN ALAO, he talked about his 10 years journey into the industry, his challenges and how he came about the name Pluto.  Below are excerpts of the interview.

How long have you been doing comedy? And how did it start for you?

Hmm let’s say 10 years. It all started like fun, like a child’s play, it wasn’t something, I was planning to take serious, after secondary school, I gained admission into the University, I actually studied Mass Communications. In the cause of studying the course. I discovered the talent, and I realised I could actually bring a craft from it. It’s been tasking, sweet and challenging all the way.

At first, it was just for fun, but now, it is a profession.

Can you talk about the challenges associated with the career?

It is a very competitive industry, there are so many people, the big names, wants to remain at the top, and even clients prefers to deal with the big names. So it’s about you trying extra ordinary to create a niche for yourself and exhibit your talent providing to the world, that I might not be there before, but I still have something tangible to offer, and I can do better.

How do you source for materials?

First and foremost, it is God, because at times, you might be in a particular place and not be inspired by anything. But God gives the inspiration, then the things that happens in one’s environment, and the nation as a whole, you just have to be spontaneous and when you see opportunities, you grab it.

Which of the shows, would you consider most challenging for you?

I have a very long list of shows that I have gone to, to God’s grace, I anchored Obasanjo 80th birthday, that should be like 2 or 3 years ago, that added to my career positively, it increased my rating in the industry, I have also attended other comedy shows. The most challenging for me was when was about putting up my first comedy concert, to put together a comedy conert, when you are still striving to place your name on the lips of everybody, where you have to go to organisations, and they are like, who are you, show us what you have done, prove yourself to us, so it was really challenging and I had to push because everything around me, was telling me, it won’t work, but to God be the glory. It was a success. It was a great success story.

Do you have people you look up to in the industry?

There is this saying in the comedy industry that there’s A-List comedian, upcoming comedians and lots of others. You can only look up to some people because they have attain greats height, though it is not good to make their height, your target, you should hope to soar higher.

To the A-list, I have many of them I look up to and respect, I respect, the big boss and ever accommodating Ali Baba, he has an open hand to everyone of us, and lots of others too.

What part of Nigeria are you from?

I am a Yoruba guy, from Kwara State to be precise.

Lots of comedians in Nigeria are from the Niger Delta region, so why comedy?

That is just an impression. There is comedy everywhere, I think, why the people from Niger Delta are taking wave is because of their ways of communication which can pass their message across, which is their Pidgin English and it goes around.

As for the Yoruba folks, if you go for an event and you start speaking Yoruba you might end not carrying the whole audience along for the Warri people, they can speak Pidgin English, and no matters where you are from, you will understand the message. We have the likes of Baba Sala, Baba Suwe, Baba Tee, and lots of others, they are all funny. And they have been doing comedy even before the people from the Niger Delta, but the people from Niger Delta has a unique medium that they use to pass messages across compared to other tribes in the country.

You are known as MC Pluto, how did you come about the name?

MC Pluto is actually an acronym, MC to many might mean Master of Ceremony, to me, it is music and comedy, Pluto is people let utilise time orderly. The name started from my secondary school my geography class, where I happen to be the smallest in class, and when teacher wants to ask questions, he will be like Pluto one of the farthest planet on earth, and he will say where is that small boy Pluto, I tried fighting it, but it didn’t work, because when they give you a nickname in school, the more you fight it, the more it sticks, so at a point, when I left school, I thought it was over, until I saw those guys again from my University days.

Everybody started calling me Pluto again, so I decided to give a meaning to the name for future purposes, such as interviews and others. My kind of comedy is motivational, comedy, you will definitely laugh, and you will learn from it as well, being a motivational comedian, I had to carve a meaning to Pluto, whatever we do in life we should make the best use of it.

Pluto – people let utilise time orderly, I am here now, and you are using the opportunity to interview me, and I am pouring out my mind, so I am making best use of my time.

If you were not doing comedy, what would you have done?

Music, I am a professional Journalist, I am a graduate of Mass Communication from Olabisi Onabanjo University, and am still practising. I am a presenter on Lagos Television, on a programme every Friday.

How long have you been doing that?

It is over a year now.

How do you feel clocking 40 years?

I think, from age zero to 40, are those training times they are times you are in doubt, maybe to do this or that, the understanding I have about the sentence life being at 40, is that whatever you are doing, you are sure of doing them without any mistakes, because from my research, from age 40, is the time, that whatever you make, determines, who you are in life, if you are not getting it right at that age I am not sure, you can get it right again.

It is a time for you telling yourself do this, don’t do that, this is what you should be known for. It is a deciding period, that you live your life with example that people can make reference to.

Any regrets so far?

Laugh! Maybe I should have been the Governor of Lagos State before clocking 40.

No any regrets so far, for me things are working at the right time. We all have our different time, some people tends to achieve a lots before that  time, while others starts achieving things from that age. It is God’s time that is the best.

What makes MC Pluto different from all other comedians out there?

I want to speak on the stage, and you listen to me, and people will be like oh, I like his accent, I like the way he pronounces words, he is good at what he is doing, instead of climbing the pulpit and just start speaking Pidgin English. There is this mentality that every jokes must be done in Pidgin English. I want to have the international standard then the regular thing we have in Nigeria now.

Can you take us through your educational and family background?

I went to primary and secondary school in Lagos, then proceeded to Olabisi Onabanjo University, where I got a degree in Mass Communication, afterwards, I worked briefly with a media house. I was a presenter but my boss complained that he was not comfortable with my normal accent, so I had to go to the National Broadcast Academy, where I had to brush up to become a professional presenter, which has hepled me so much in my career, I also did another course in production, I mean broadcasting production it’s been success story all the way. I am from Kwara State.

Any words of advise to upcoming comedians?

Yes, believe in yourself, use 2 square code, which is zero disappointment, and zero expectation.

Has comedy really paid off for you?

Yes o, what am doing, I got married have children, and cars, so it has really paid off for me.

Anchoring OBJ’s 80th Birthday Shot Me To Limelight was last modified: May 28th, 2019 by Reporter