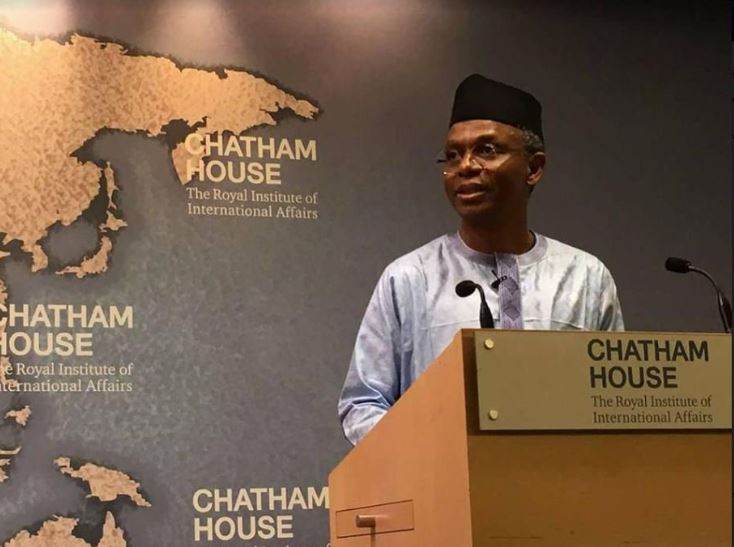 Some members of the All Progressive Congress, APC, in Kaduna State known as Kaduna Restoration Group, has vowed to resist moves some APC stakeholders to present Governor Nasir El-Rufai as the sole candidate for the 2019 gubernatorial elections.

This was contained in a statement signed and made available to newsmen by the chairman of the group, Alhaji Ahmed Tijani Ramalan.
Ramalan in the statement said the governor was under the illusion that Kaduna State was an extension of ‘El-Rufa’i and Partners.’

It read in part: “If he feels that way, then he can be excused, after all he has spend most of his adult life outside Kaduna and may not have a proper understanding of the present political permutations and variables that makes Kaduna State the hotbed of political radicalism in Nigeria.

“In their desperations, they assembled people who themselves are soon going to face opposition in party congresses and primaries to endorse them without a contest. Those who criticized PDP over these undemocratic ideals are the ones sponsoring it for their own selfish interests.

“All the funds that had accrued to this government from federal allocation, internally generated revenues, bailout funds, Paris Club refunds have been wasted on patronage and propaganda such that what is on ground do not justify the billions that came into government coffers within the last two years.

“We are by this release appealing to the electorate both at party and general level to remain unperturbed but steadfast. The Governor in his desperate attempt to hoodwink the party and the general populace having suddenly realized the dismal failures of his government policies and programs which have been largely antiparty, anti people and which lack human face.

“He is now flying the kite of self acclaimed endorsement by Mr. President. We have every confidence that Mr. President will never do anything in violation of the Nigerian Constitution.”