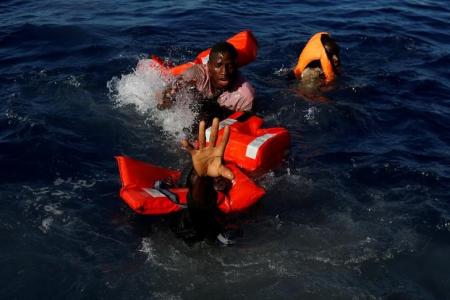 The Organization for Economic Cooperation and Development (OECD) says the number of asylum applications filed in the 36 OECD member countries had gone down by 35 per cent in 2018.

The organisation made this known when it presented its International Migration Outlook for 2019 on Wednesday.

Asylum applications went down to 1.07 million in 2018, the Organization for Economic Cooperation and Development said, after the record high of 1.65 million per year in both 2015 and 2016.

In Germany, the number of asylum applications decreased by 18.3 per cent to 162,000, the OECD said in Berlin.

Whilst the number of refugees arriving in Germany had decreased, there was a marked increase in people arriving for employment opportunities, OECD migration expert Thomas Liebig said.

By the end of 2018, around 70 per cent of migrants were able to find work in Germany, although they were often overqualified and underpaid for their labour.

According to OECD General Secretary, Angel Gurria, Poland has become the top destination for temporary labour migration, with a 32 per cent increase in 2017 since the previous year.

“The significant increase in temporary labour migration is a sign of the dynamism in OECD labour markets but also of their integration.

“Temporary migrants bring skills and competencies that are needed by employers,” said Gurria in Paris.

Why WILLET Homes Is Synonymous With Quality...