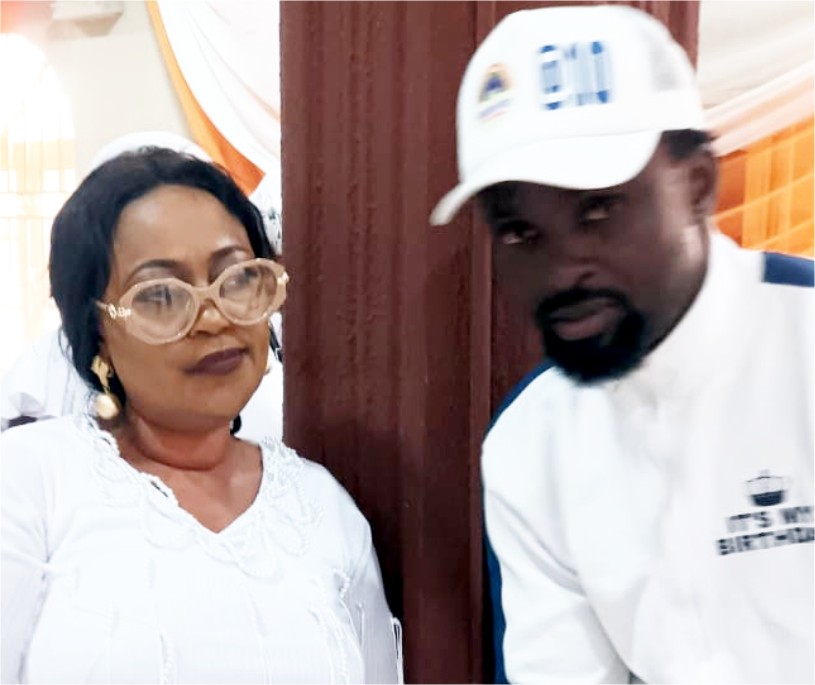 Baba’nla is a musical concert host by Omolara Piccolo. Omolara Piccolo is AN award winning gospel singer, song writer, music producer,event planner and an entertainer,this year’s Baba’nla is season 7, meaning the 7th edition and the theme is shout for Joy.

The venue was Haqma Hall and Event Centre, 1/2 Peak Thomas Bright Crescent end of AIT Road ,Alagbado Lagos. City People ‘s Reporter TITILOPE OSHUNLALU was there and bring you gist of what went down at the event enjoy…

The event started with red carpet by 10am on Wednesday,23rd November,2022 with praises and performances from different gospel singers,the hall was well decorated with green and white colour,guest were seated with white colour code. The host, Omolara Piccolo was also on a lovely white gown to match with her band group.

Atorise came directly from the airport to honour Gods glory in the life of the host Omolara Piccolo,who many described as most humble gospel artist,there was an adage that says in Yoruba,Egun nla lon ke yin igba, meaning,the big masquerade was the one that performed last (Atorise) and he did justice to round up this year’s Baba’nla season 7 musical concert by Omolara Piccolo. Can we also inform you about  the Yoruba Nollywood actress & Chanter,  Ayo Ewebiyi popularly known as  (Mama Oriki) she did justice to praising God in Yoruba dialect.

There was also award session,awards was presented to the people who deserves the award.