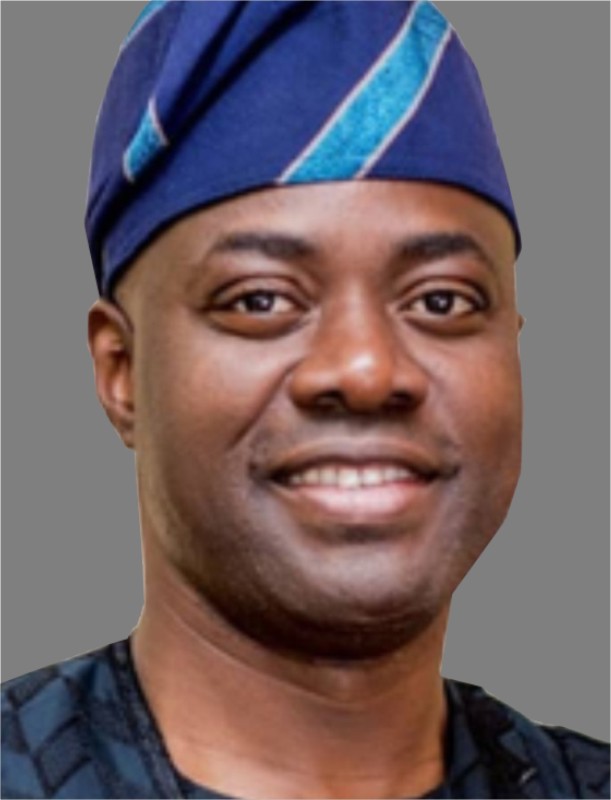 It is no longer unusual these days to find Rivers state governor, Nyesom Wike in the company of Oyo State governor, Seyi Makinde. They have become very close. Most times too, they are often with the other G5 governors. They are the ‘opposition’ power bloc within the PDP that are insisting that equity and fairness must be the party’s guiding principles. They want the party’s national chairman, Iyorchia Ayu, to resign and their reason is simple – they insist the party’s presidential candidate, Atiku Abubakar, is from the north, therefore, going by the party’s constitution, both the party chairman and presidential candidate cannot come from same region of the country, hence Ayu has to go! This has been the grouse of the G5 against the party.

For governors Seyi Makinde and Nyesom Wike, this has been one of the reasons why they have grown ever closer. Just like Wike, Governor Seyi Makinde too believes the presidency has to come to the south, that it is unfair for a northerner, President Muhammadu Buhari, to finish his tenure next year and hand over to another northerner. Right now in Oyo State, it is no longer a secret that Governor Seyi Makinde is encouraging the state’s PDP supporters to vote for APC presidential candidate, Asiwaju Bola Ahmed Tinubu, as against voting for the PDP presidential flag bearer, Atiku Abubakar. And it is the same with Nyesom Wike and the other G5 Governors. They are not with Atiku.

But apart from their grouse with the PDP and the demand for Ayu to resign, Wike and Makinde are also close for a number of reasons. For instance, not many know that Governor Seyi Makinde’s pretty wife, the first Lady of Oyo State, Tamunominini, is from Rivers State. Nyesom Wike considers his friend, Makinde, as an in-law and his wife, Tamunominini, as his sister. Indeed, Seyi Makinde served in Port-Harcourt to fulfill his mandatory one year youth service corp sometime in 1990, that was when he met his lovely wife. He had graduated from University of Lagos at age 23. He served at Shell Petroleum Development Company (SPDC). He and his wife courted for about seven years before getting married. Apart from being a celebrated couple, so close is Makinde and his wife that they discuss practically everything. They are gist partners. They are a loving and adorable couple. No wonder when they wanted to start having children, it was deliberated upon, as revealed by Governor himself in an interview with City People. While Makinde wanted just a child, the wife voted for two. But interestingly, the story changed when their first two children were girls. The wife wanted more, particularly a male child.

According to Gov. Makinde, he had to start reading all kinds of books on how to make a male child. Guess what? The magic worked as they eventually had a male child. That is how close Makinde and his wife are.

City People gathered that Seyi Makinde actually hit it big and became a billionaire after he finished his youth service and started his oil and gas company. Before he emerged Oyo State Governor in 2019, Makinde who was an Engineer and a subject matter expert on fluid and Gas Metering, was the Group Managing Director of Makon Group Limited; an indigenous oil and gas company in Nigeria. As at 2019 when he became the governor of Oyo State, he was the richest governor in the country. This is because he publicly declared that he is worth over N48 billion in assets. No other state chief executive declared such huge asset. Unconfirmed reports also claim that Makinde’s father-in-law played a pivotal role in the take-off of his company in Rivers State.

Governor Nyesom Wike has variously described his friend and colleague, Governor Seyi Makinde, as a dependable ally. He once said publicly of the Oyo State Governor: “Governor Seyi Makinde is a man who believes that the right things must be done at alt times. He believes the truth must be told, it doesn’t matter who is involved. He was one of the strong pillars who gave us every support despite the blackmail from people. I also want to thank you and say that, sometimes, people don’t know certain qualities of some people until you give them a particular assignment. It is on record that, in the history of PDP, the last convention that you were the Secretary of the Planning Committee, came out to be the best of the best.”

Though slightly older than Seyi Makinde, the two love to tease each other about their ages, with Nyesom Wike always claiming he is the elder of the two. Seyi Makinde too would also always remind him that he, Wike, is only a couple of weeks older. They were actually both born in December 1967 with less than two weeks separating them. While Wike was born on the 13th of December, 1967, Seyi Makinde was born December 25th, 1967. This also makes them, not just age mates but birthday mates as well. While Governor Seyi Makinde is a bit on the quiet side, Nyesom Wike is not. He says it as it is. He has been at the vanguard of the “Ayu must resign” agitation. But Makinde is more on the quiet side. He is a more tactful individual. He does not often deploy the confrontational strategy but prefers to quietly and tactfully engage opposition. But in all, they both strike such a great balance together. And from the look of things, even beyond 2023 when a new democratic dispensation begins, these two will certainly remain best of friends for a very long time…

8 Signs That Subtly Tells You A Guy Wants You

How I Became The 40th President Of...