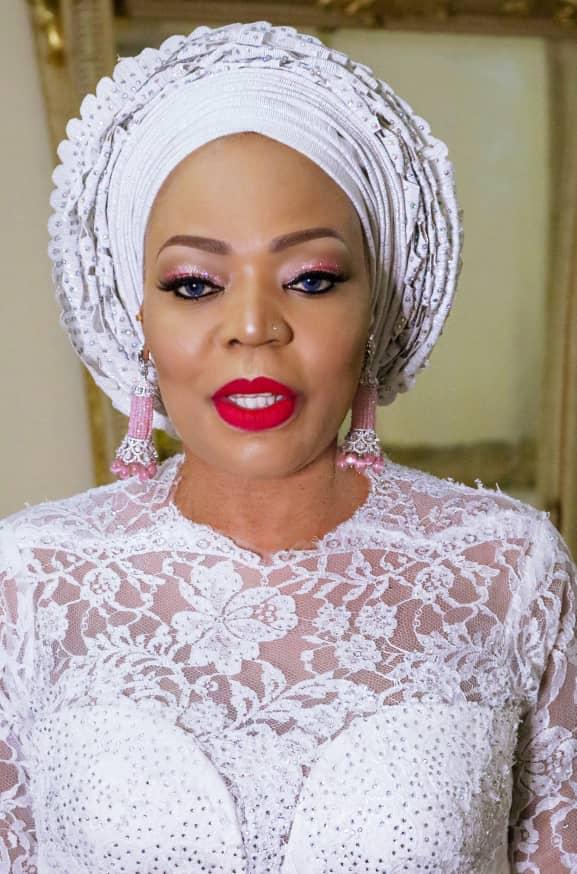 Beautiful Abiola Okoya is the President of Ayodeji Akinwande Sickle Cell Foundation. 12th of June this year, marked a year that her 24 year old son passed. He had a crisis. He was a Sickle Cell patient. She launched his foundation on June 12 this month, to mark his 1st year memorial service.

In this interview, she speaks on how she lost her son and the need for early treatment of Sickle Cell Disease (SCD), as a way to increase the chances of survival for victims of the ailment. Below are excerpts of the interview.

How have you coped with the loss of your son, a year after?

It has not been easy. But I have been able to cope, only by the grace of God Almighty. It is only God that gives you strength at such a time and He also sends people of goodwill to surround you at such a moment of grief.

What is your advice to parents with kids suffering from sickle cell challenges?

You must be actively involved. Ensure you go for the appointments with your child’s doctor. Your child should promptly take all prescribed medicines. Parents should follow up with any recommended specialists to check for complications. The child should be helped to avoid pain crisis triggers, such as extreme temperatures or stress.

It has been a year since you lost your son, Ayodeji Akinwande. How has it been with you?

It’s just been by the mercies of God Almighty! Losing a child is a sorrowful thing. Only God Almighty can comfort you!

How old was he when he died?

What happened to him?

He had Sickle Cell Disease (SCD).

When did you discover that he was a Sickle Cell Disease carrier?

When he was 3 years old.

What were the steps you took upon discovering that he had sickle cell disease?

We began the treatment immediately, but it was a long and tortuous journey, especially seeing him in pain, as a result of the crisis.

Would you consider his status an act of negligence from you his parents, being his dad and mum?

Oh yes. I strongly admit. I want others to learn from my experience and invariably hope my experience will help save the lives of yet-to-be-born babies worldwide by teaching couples to embrace prenatal medical tests.

Were there assurances from doctors that your son was going to survive the disease?

The truth of the matter is that sickle cell disease can only be managed for as long as the patient can endure, and suffer the crises. There are certain rigorous activities that SCD patients must not indulge in. These activities can trigger a crisis for the sickle cell carrier. Doctors only try their best.

Is the treatment of Sickle Cell Disease expensive?

Oh yes. It is so expensive that it can actually deplete the financial fortunes of a family that has an SCD patient if care is not taken. The financial costs of managing an SCD patient cannot be quantified in the life span of the patient.

Does sickle cell get worse with age?

Yes! The disease worsens over time. You can only prevent complications and lengthen the lives of those who have this condition via certain treatments.

What will be your advice for people who are planning to get married and have children?

People should go for medical tests before starting a family. For example in advanced nations like the United Kingdom (UK), health professionals encourage awareness of sickle cell traits and early testing. The import of having these tests before having babies is that you will know whether or not there is a possibility that your babies could inherit SCD. This is very, very important.

What about babies already born?

You see, in the United Kingdom all newborn babies are offered a bloodspot test at five-eight days after birth. The test is considered very important because early treatment makes a difference. For babies, symptoms of SCD start manifesting from around age three months, and treatment should actually begin by the time that baby is three months old.

You recently set up the Ayodeji Akinwande Sickle Cell Foundation which is a Non-Governmental Organisation. What are the objectives of the NGO?

What about funding the Foundation?

We shall establish series of fundraising activities that will fund the expanding programs of the Foundation in collaboration with funding partners and donors who are compassionate and have goodwill towards sickle cell disease carriers.

You must be missing your son a lot?

He was such a jovial boy. He was nice to all who came around him, and he gave his best in supporting all those he could. He would always assist me in sorting out things I did not have the time to do for myself. I miss him a lot.

BIOLA OKOYA REVEALS HOW SHE LOST HER 24 YR OLD SON TO SICKLE CELL was last modified: June 17th, 2021 by Reporter