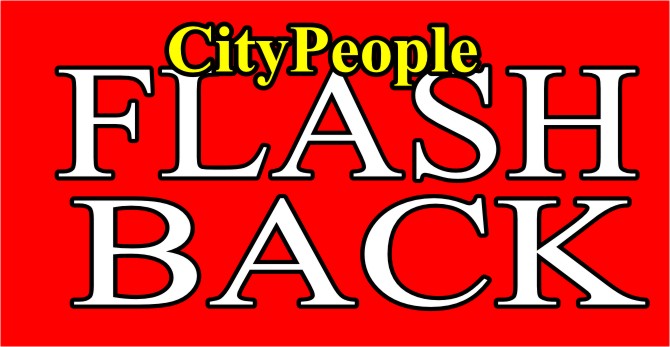 The setting was in 1993, It was a year the military president, General  Ibrahim Babangida’s prolonged transition to civilian rule programme was to end! It didn’t. The planner of the programme, General Babangida, was not ready to let the lever of power slip out of his hands. That was why he laid booby traps at every twist and turn of the scheme. Babangida stood as a tarantula at the centre of its web watching with keen eyes all politicians and actors visible on the radar of the scheme.

The evil genius as General Babangida was called when he was in power, structured his transition to civilian rule, to fail many times. No wonder, he was called Maradona, after that Argentine legend footballer, who was notorious for his hand of God goal at the World Cup in 1986.  On more than two occasions, he had outright cancelled the transition programme after it had taken off and participants had spent their time and money to pursue their ambition, believing that the military president was keenly interested in handing over power to civilians. Before he came up with his government-sponsored political parties that was the Social Democratic Party (SDP) and the National Republican Convention (NRC) on which platforms the election finally took place, he had disqualified and sent many participants into detention for daring to come out to participate in the transition to civil rule programme.

The SDP and NRC as political parties had produced members of the National Assembly, that was the Senate and the House of Representatives. At the state level, members of the Houses of Assembly and even governors had been elected and sworn to their various offices as every other player and actor awaited the biggest player’s election. A business mogul and billionaire publisher of the Concord Group of Newspapers, the late Mooshud Kasimawo Abiola, was the standard-bearer of the SDP, while Alhaji Tofa, a Kano-based politician, was the candidate of the NRC.

To demonstrate that the presidential election was for real, Babangida enacted a decree to the effect that no court or tribunal had power to stop the election or postpone it for whatever reason. To show streaks of his evil genius and perhaps ensure that the election did not hold on June 12, 1993, as scheduled, however, the federal government didn’t make any provision for polling booths. The people knew the site of polling booths, but regrettably, there were no booths at which the electorate would cast their votes. It was the reality throughout Nigeria. The question on people’s lips was that if there would be an election on June 12, where were the polling booths? Besides, the election was not, however, a secret ballot, but an open one. Voters had to queue up behind the candidate of his/her choice,  banner or symbol of his party.

Another hand-in-the-glove antic of Babangida to ensure that the election did not hold was making use of an organization, Association of Better (ABN), to play a spoiler’s game that was targeted at aborting the presidential election. As instructed, the ABN led by a notorious arms dealer, Arthur Nzerebe, went to court and requested the court to put the election on hold, pending the full hearing of the proceedings.

It was a scheme in scandal. The judge who, heard the case was a lady  named  Ita  Ikpeme.

The suit was the first before her honourable court after her appointment to the bench. That a new judge, who could be regarded a rookie or greenhorn at the bench was to hear the case was a surprise because of the sensitivity of the issue at stake. The schemer, Babangida, needed such a judge who was amenable to control and would take dictation from Aso Rock. That was why the new judge was a choice counsel in the chamber of Akpampo, who was the then attorney-general of the federation and minister of justice. To demonstrate the evil scheming of the government beyond any doubt, the hearing of the suit took place at night. The proceedings were heard after 9’0clock. Thus the suit was heard after 7 0’clock in the evening, the traditional time for lowering the national flag. As expected, the judge granted the plaintiff’s request. The stakeholders didn’t even send counsel to represent them at the hearing. They believe it was a run in nullity.

Most observers and stakeholders took the court’s proceedings and granting of  the Nzerebe organisation’s request, putting the election on hold, as the greatest joke of the year. They were quick to point at the decree that put the election above any court or tribunal’s jurisdiction. It was, therefore, not a surprise that the candidates of the two political parties and their supporters urged the electorate to ignore the court’s verdict and go to the polls and cast their votes for the candidate of their choice. They all cocked a snort at the ABN and the court that entertained its request for the postponement of the presidential election. It was a big mistake. The  ruling of the court was all that was needed to rubbish the election.  It was what the Chief Schemer of the fiasco, General Babangida’s supporters later cited for the annulment of the election They asserted that no election took place as there was a court order that stopped it. Thus, an election in  which more than 12 million voters cast their votes for Are-Ona-kakanfo of Yorubaland, the late Moshudi Kasimawo Abiola literally went up in flames. Babangida’s supporters asserted that the election would have donned a toga of legality if any party’s stalwart had gone to the Appeal Court to request that the ruling of the high court was a nullity as the decree that legislated the election into life had abinitio defanged any court or tribunal from hearing any suit on it, not to talk of giving a ruling on any case on the matter.

To show that the whole scheme was a hoax, the statement that annulled the June 12, 1993, presidential election was not on any letterhead to show its source or authenticity. It was not signed by anybody. It could be called a voodoo press release which made Nigeria a laughing stock in the democratic world.