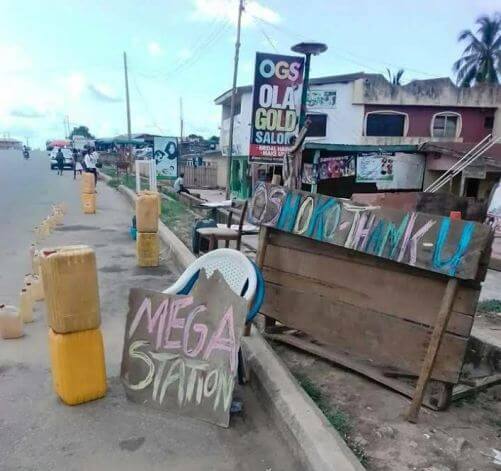 Black market petrol dealers in Ekiti state are currently making money from the lingering fuel scarcity in the state.

Governor Ayo Fayose and the state chapter of the Independent Petroleum Marketers Association of Nigeria IPMAN, are currently having a face-off over the former’s decision to demolish all petrol stations built in residential areas in the state.

Fayose recently carried out his threat by supervising the demolish of some petrol stations in some parts of the state. In retaliation, the oil marketers declared an indefinite strike action.

In solidarity with the marketers, the Nigeria Union of Petroleum and Natural Gas Workers, NUPENG have placed an embargo on further supply of petroleum products to the state. The photo above was taken in Ekiti today.