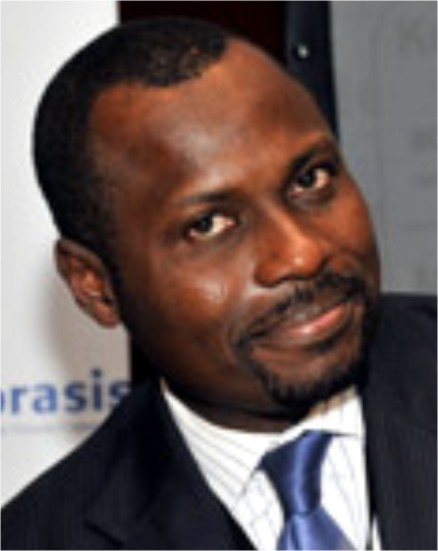 It is no longer news that the highest Honorary chieftain in Ibadan “Agba Oye “ title has been vacant for over 3weeks since the death of Chief Harry Akande, the Ibadan Billionaire It is an age-long honorary traditional title that comes with class, enigma and social eminence.

This is why the Olubadan of Ibadanland, Oba Saliu Adetunji “Aje Okukuniso” is wary on his choice of successor. Don’t forget that the title is the highest of all Honorary Title. It is not among the 21 steps which lead to the stool of Olubadan of Ibadan Land.

Many Olubadan before Oba Saliu Adetunji were always selective of who gets the title. This is because for you to become the Agba Oye, you must be rich and influential. You must also be well connected. Who then becomes the next Agba Oye? Well, City People scooped that the contest was keen before the title was given to another industrious son of Ibadan.

City People reliably gathered that the eminent title has gone to a popular Nigeria Shipping giant, who is also a billionaire, Captain Kola Karim, the Ceo of Shoreline Natural Resources. Though he seems to be one of the youngest of all who contested for the title, he is the one who is more fit to be installed the Agba Oye.

Don’t forget that Captain Kola Karim is in his 50s, and he is more than fit to be installed the “Agba Oye”. He is well connected and very rich. He is one of the rich Ibadan businessmen to reckon with. All his siblings are also super-rich. Considering the class of the late Agba Oye were, only Captain Kola Karim is fit for the crown among many contenders.

Kola Karim is the Chairman of the Board of Directors of Shoreline Natural Resources Ltd. He has a record of starting companies from scratch and nurturing them to success. Kola Karim is also the current Chairman of the Board of Directors of Costain (West Africa) plc, Nigerian Ropes plc, and serves as a Director in seven other companies including Shoreline Power Company Ltd, Shoreline Energy International Ltd, Ecobank Nigeria Plc, Schlumberger Testing & Production Services Nigeria Ltd, Trans Amadi Facilities Ltd, grange Education Ltd and African Eagles Plc. Kola Karim is a Young Global Leader 2008 Award Honoree.

He is also one of the Nigeria’s most successful businessmen. Shoreline Group, the conglomerate he founded and controls, has tentacles in oil exploration and production, power generation, construction, commodities trading and telecommunications. His principal asset, Shoreline Natural Resources is the third-largest indigenous oil producer in Nigeria behind listed Seplat Petroleum and Aiteo E & P Ltd., Nigeria’s largest, which is owned by tycoon Benedict Peters. Shoreline Natural Resources pumps 55,000 barrels of oil per day and holds an estimated 1 billion barrels in crude

What does he have in common with the late Agba Oye, Chief Harry Akande?. They are both highly educated. They are also influential. They also seat on top of many big bluechips companies. Chief Harry Akande attended the Olivet Heights in Oyo for his secondary education, before proceeding to the United States (US) where he bagged his BSc in Accounts and Finance at Hampton University in 1967, and his MBA at the Northwestern University, Kellogg’s School of Management.

He returned to Nigeria in 1970 and worked as a financial consultant with KPMG Peat Marwick and Standard Oil Corporation. He established his company, Akande International Corporation, in 1971, and became the president of New African Technical & Electrical Company (NAFTEC), a representative company of General Electric (G.E) America, which executed major Gas Turbine Electricity Projects at Ughelli, ljora, and Delta II-IV.

His company, in conjunction with Costain International, was involved in the Osogbo-Ede Water Scheme, which was then the largest water project in Africa at 35mgd capacity. Other projects executed by his company included Bauchi Township water supply scheme in 1988, financed by the African Development Bank (ADB) to the tune of $70 million; and Benin City and Warri/Effurun 35mgd water supply project in 1989 also financed by the ADB to the tune of $120 million.

In 1991, Akande’s company was appointed to oversee the complete rehabilitation and refurbishment of Nigeria’s National Art Theater. He was one of the founding fathers of the then All People’s Party (APP), which was the second-largest political party at the beginning of the present democratic dispensation. He served as Chairman of the APP Board of Trustees. Akande later ran for President on the platform of ANPP.