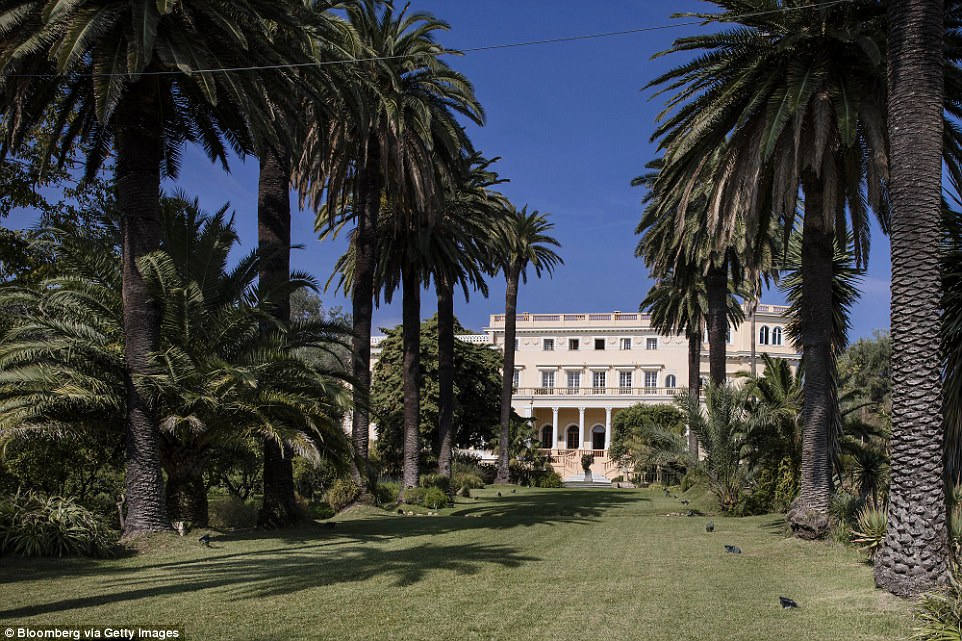 The world’s most expensive home has gone on sale for a colossal £315 million.
Villa Les Cèdres, an 18,000 square-foot estate in the South of France that comes with a 14-bedroom mansion and 35 acres of land, was built 187 years ago.
It was once owned by Belgian King Leopold II, who bought the glorious patch – along the coast of Saint-Jean-Cap-Ferrat – in 1904 after becoming exorbitantly wealthy from his savage exploitation of the Congo Free State.
It had previously been owned by the mayor of Villefranche-sur-Mer and was used as a farm for olive trees.
The property still has one of the most beautiful gardens in Europe, which includes manicured lawns, 15,000 plants and 20 greenhouses containing rare tropical vegetation.
The palatial home even features a ballroom, an Olympic-size swimming pool and stables for up to 30 horses. Close neighbours include British composer Andrew Lloyd Webber and Microsoft co-founder Paul Allen.
It is now owned by Italian distiller Davide Campari-Milano SpA, which owns Campari and Grand Marnier liqueurs. The opulent habitation was acquired by the Marnier-Lapostolle family in 1924 and owned by them for over 80 years.
Its garden is thought to have been used to grow the unique oranges that flavoured Grand Marnier.  In 2016, Campari bought the Marnier parents company, Société des Produits Marnier Lapostolle, and almost immediately put the estate on the market.
It has previously been spoken of as being worth £900million, but Fabio Di Fede – the managing director of Société des Produits Marnier Lapostolle – told Bloomberg that price tag is ‘absurd rumour and folly’.
Saint-Jean-Cap-Ferrat, which has a population of about 2,000, has attracted celebrities and royalty from all over the world throughout its history.
Those who used to holiday there regularly on belle epoque estates include Winston Churchill, who loved painting the gardens.
Other regulars included actors Charlie Chaplin and David Niven, writer William Somerset-Maugham, movie stars Elizabeth Taylor and Richard Burton, and Prince Rainier III of Monaco.
The most high profile property transaction in the stretch of Riviera around Nice came in 2008, when Russian oligarch Mikhail Prokhorov offered 320 million to buy Villa Leopolda.
See more photos: Source: Dailymail
Check Out the World’s Most Expensive Home That’s Worth Over N150Billion (Photos) was last modified: October 13th, 2017 by Arinze Ago