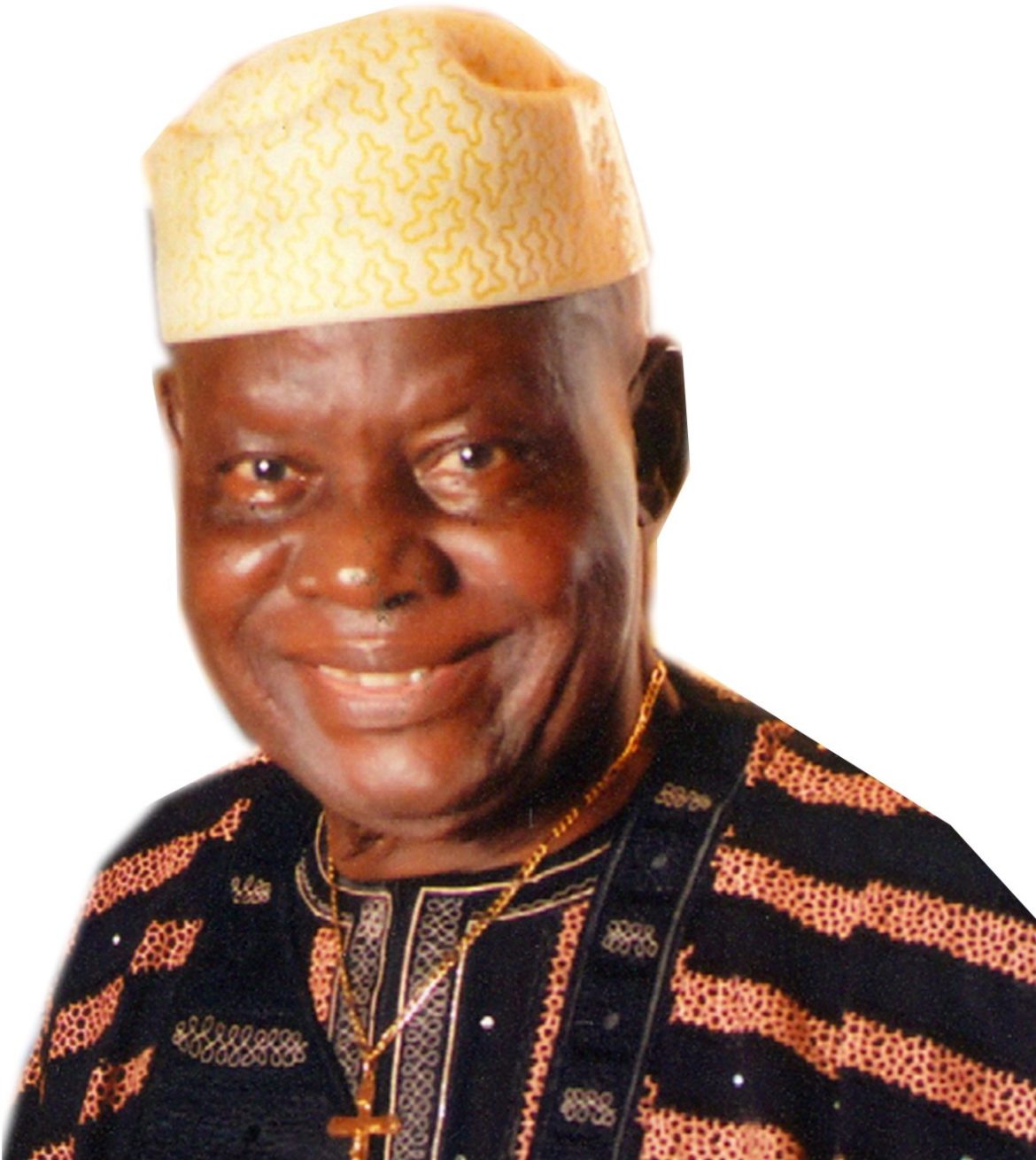 A few days back, Ogun elder statesman, Chief Duro Aikulola clocked 80 and he celebrated his birthday in Abeokuta, the Ogun state capital. The grand event was held at Ok Centre, inside, Ibara Housing area of Abeokuta. On bandstand was Evangelist Ebenezer Obey.

FASHION AT ITS BEST

The children of the celebrant dressed in their Aso Ebi of Champagne gold colour, sewed into different styles of recent designs. The guests at the event also came dressed in their different and dazzling Aso Ebi of various colours like purple, gold, cream, lilac and peach which added to the beauty of the venue.

Oba, Dr Adedotun Aremu Gbadebo, Paramount Ruler of Egbaland, in the company of his Chiefs made a grand entry at the event.  As the chairman of the day, the guests waited for his arrival so the event can begin. He came in through the back door in the company of his chiefs, dressed in cream and a touch of gold. He walked in with grace and poise, gave his opening chairman’s speech and declared the party opened.

Chief Duro Aikulola made his grand entry at the early hours of the event.  Dressed in a white and purple Agbada with a damask material at the tip. Also, his Abetiaja cap was made with his Agbada material. The celebrant was in the company of his daughter  Ambassador Mojisola, Chief  Sikirulahi Atobatele, Balogun Egbaland and many others.

In his speech, he said  ” I am very happy today and it has only been Gods grace from day one till now. I will like to say a very big thank you to everyone that took time out to come and celebrate me”

ABOUT THE FLAWLESS  ARRANGEMENT

You simply couldn’t fault any of the arrangements put in place by the organizers. With the invitation cards,  bouncers making sure there are no trespassers and the beautifully dressed ushers welcoming the guests with smiles and enthusiasm.

The hall was decorated with lovely colours, interpreting Grace and Poise. It was a mixture of royal blue and sky blue with a touch of gold and white. The centre stage was designed in the shape of 80 with white petal flowers.

Oba,  Dr Adedotun Aremu Gbadebo and the celebrant’s children joined Chief Duro Aikulola in the cutting of the cake. The beautiful 3 tiers cake with the celebrant’s picture designed all over it had beautiful white flower strapped around the stand where the cake was sorted. The Alake of Egba land coordinated the cutting of the cake by asking the guests to count 1 to 80 and bright fireworks were coming from both sides when the cake was finally cut.

When you have a legend like Evan. (Prof) Ebenezer Obey Fabiyi performing on stage, you can be sure you will get the building rocking to its foundation. His beautiful and melodious music got everyone including the celebrant, Alake of Egbaland and other guests grooving to its music because he literally set the house on fire with his evergreen tunes.

With these two as the MC of the event, you can be guaranteed to have maximum satisfaction in terms of rib cracking jokes and excellent event compere. Alawiye and Wale Dada are too of the best Yoruba OAPs in Ogun State. They took charge of the show and held it down pretty well, making sure everyone had a good time.

Adebola Aikulola during her special goodwill message to her dad the celebrant, on behalf of herself and her siblings said, “I appreciate you, dad, for being the best dad in the world. You have always taken good care of us and I could remember any time you get back from work and find out we haven’t eaten. You will drive to town to get us something to eat even at that ungodly hour”.  She further expressed that her dad is a very hard working man and he still is. She knelt down and said on behalf of herself and her siblings, they love him and wish him many more fruitful and peaceful years on earth.

He has a rich pedigree. The customary marriage between his father, Chief Emmanuel Idowu Aikulola was blessed with 3 children and paradoxically, he happens to be the only surviving fruit of that marriage. He was born on 27th October 1938. He was born into a typical Yoruba traditional polygamous home. The name of his village is Alaha Village, in Obafemi Owode LGA. His father was a farmer. His mother was a petty trader. Farming was clearly the predominant occupation of his people. His parents were Christians.

He was the first male child of his family to go to school. His school was about 3 miles away from the village Alaha to Obafemi, he revealed.  He started school in 1946. A few years later, he completed his elementary school in flying colours. In January 1951, he lost his mother, he was only 13 years old then. The only sister he had, got married in the year 1952. Due to some situations over which his father had no control, he had to relocate to Ibadan where he joined J.F. Ososami as a Technical Assistant. Sooner or later fortune smiled on him and he won Western Region Lottery. With the money, he was able to cover his GCE O and A levels, through Rapid Results self-study.

He also plays big in business. Chief Duro is a very shrewd businessman and Chief will always tell you this. He is the Chairman and CEO of many companies. One of it is Three Quarry Industries and some construction companies. He is also the Proprietor, De-Best International College. He is also a socialite. He is a member of many social organisations. He is a philanthropist par excellence. He is well travelled and he is happily married and blessed with children. At 80, Chief Aikulola has remained very stylish in his ways and you can hardly tell he is actually 80  years.