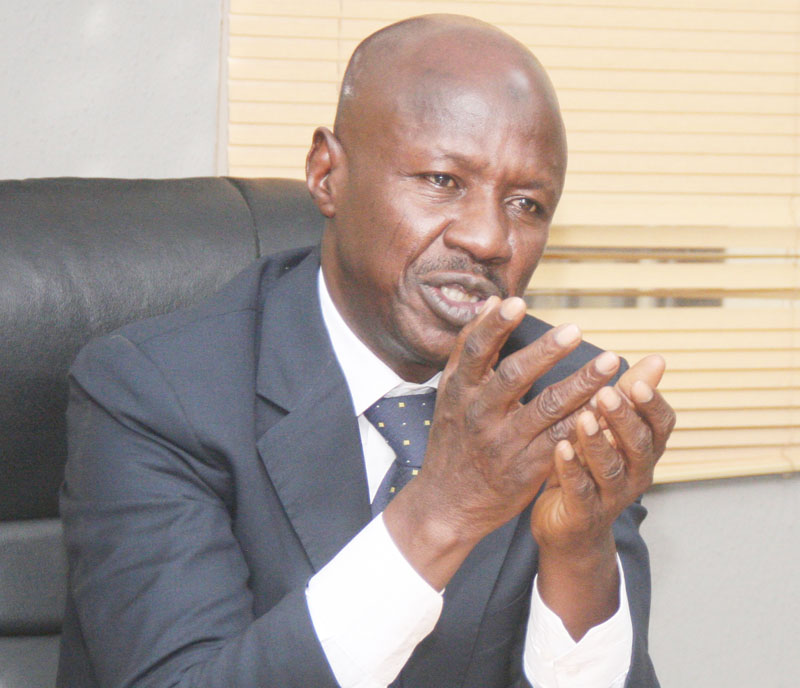 The Acting Chairman of the Economic and Financial Crimes Commission (EFCC), Ibrahim Magu, says he aligns with scholars who posit that militancy and insurgency are the by-products of corruption.

The anti-graft chief said this on Tuesday at the induction ceremony for governors-elect and their returning colleagues, held at the State House, Abuja.

He also tasked incoming and returning governors on the need to shun corruption.

Magu, who was among the panellists at one of the sessions of the event, stated that the twin evils of corruption and terrorism-financing, which have continued to bedevil the country, have created a disastrous impact on governance and socio-economic advancement of the country.

“Whether we like it or not, corruption and terrorism have become the twin evils undermining our collective efforts to make Nigeria a truly great country,” he stated.

He further stated that Nigeria’s failure to take full advantage of its natural resources could also be attributed to corruption as public office holders are in the habit of constantly stealing public resources.

He explained that the nexus between corruption and terrorism is that corruption promotes insecurity.

“Indeed some development scholars are of the view, which I also subscribe to, that militancy in the Niger Delta and insurgency in the North-east are by-products of corruption,” Magu said.

He congratulated the governors-elect and urged them to make the fight against corruption a cardinal point in their administrations.

“If we can curb corruption, we can checkmate terrorists’ activities,” he said, adding that the only certain way for their re-election is to do what is right and take a stand in favour of the fight against corruption.

READ ALSO: FIVE SOUTHWEST GOVERNORS WORKING FOR GBAJABIAMILA TO EMERGE AS SPEAKER OF HOUSE OF REPS

Corruption Is The Reason For Militancy and Insurgency In Nigeria – EFCC Boss, Ibrahim Magu was last modified: May 1st, 2019 by Damilare Salami