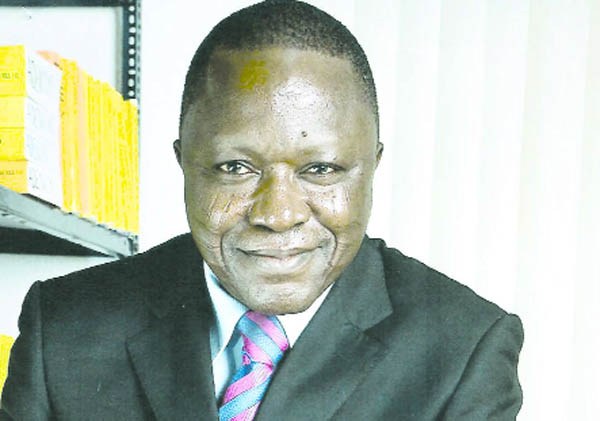 For every success story in life, there must be sacrifices just like the popular idiom ‘No pain, no gain’. Any successful individual must have, one way or the other, a story to tell. It is a standard rule of life for one to pay his or her dues to excel. And that is exactly the case of the Ibadan born legal icon and an aspirant in the coming 2019 Oyo gubernatorial race, Barr. (Chief) Niyi Akintola.

He didn’t allow challenges of life deter him from becoming the best he could be in his chosen field. From being a Mechanic apprentice to bus-conductor and later a reputable lawyer, who has not only excelled in law but risen to the very top of his career. He is a Life Bencher. Adeniyi Michael Akintola SAN, born January 21, 1960, attended I.D.C. Primary School Seni Village, Omi-Adio Ogunsami Primary School, Ogunsami & Ebenezer African Church Primary School Salvation Army Road, Ibadan.

In an exclusive interview with City People’s Correspondent, DARE ADENIRAN, recently, Akintola speaks extensively on his grass to grace story. It was indeed a revealing, interesting and educative session with him.

What would you say pushed you at the early stage of your life to have achieved this much despite the challenges that have come your way?.

“It has been the grace of God. If you look at my antecedents, I never attended any secondary school. I was a motor-boy in this town”. I was a mechanic apprentice here in Inalende.” In fact, I just paid for my master, the one that taught me how to drive vehicle, to go to mecca. That was the owner of ‘Alejolowo’ lorry, behind which I was doing motor-boy.

My university education was sponsored by some Ibadan prominent indigenes like Alhaji Tunji Bello, Chief Bayo Oyero, Chief Toye Ogunyemi, Chief Dosu Babtunde, Chief Are Oyebola, Professor Tunde Adeniran, Chief Mathew Adepoju and Chief Akande. Those were the people that put down their money for my education. Because I had the best results from Ogun State Polytechnic both HSC and Cambridge in the whole of West Africa.

I had a B.A and broke the record, I was in the same school with Governor Ibikunle Amosun. We were the pioneer students of the Ogun State Polytechnic. So everybody wanted to know who that boy was. So it has been the grace of God. “Even when I became a lawyer I had no money to buy wig and gown”. For thirteen months I was borrowing wig and gown from the likes of K.O Latunji, late Chief Moses Oladejo, Justice Segun Lagunju, he was the one who borrowed me his wig and gown for my call to the bar.

Can you remember the first brief that really shot you into limelight?.

The first brief that shot me to limelight was an election petition case. It was against Sikiru Ikuogbogun at Oyo High Court, before Justice Rotunde Oluborode. That was 1987. It was chairmanship tussle of Ifedapo Local Government, now Saki West, East, Atisbo. Comprises about four or five local governments now, I did the case of that local government and I won. That was the case that shot me into limelight and everybody wanted to know who that person was.

You said you were a mechanic apprentice due to inability of your parents to sponsor your education, what then inspired you to go back to school?.

The truth of the matter was that right from primary school, I was the best. Everybody in the village will call upon me to come and write their letters and I was even with my grandfather. My grandfather was a rich man, by the local standard of the time. In fact, my grandfather was a local champion around all these places from Bode’gbo down to Bakatari, Olude and all that. Unfortunately I thought I was the last born of the family. I never knew I  was a grand child.

In fact, I took my father as another brother of mine, my own biological father. Because like I did say, my grandfather had many farmsteads. He was a rich man. So my father was not living with us and I was fostered out to a foster mother, Mama Adepate, whom I thought was my mother erounously. I never knew she was my step-grandmother. She happened to be the last wife of my grandfather, the 8th wife.

So I thought she was my mother and I thought I was her only child. I had the primary school education and everything at my disposal. But unfortunately, as we finished the G2 as they used to call it (Primary School Living Certificate) in December, the old man passed away. A month later Mama Adepate passed on as well so I became an orphan. I had no memory of ever living under the same roof with my biological mother and father.

The people I knew as my parents were my grandfather and my step grandmother, whom I thought were my parents. Because I was given out to them when I was six months old because Mama Adepate had no child of her own. As a matter of fact, I was given tribal marks after I was handed over to her. And that saved so many things. Because if not for that people may not know that I am a southerner.

Because I can read and write in Hausa Language, I speak the language fluently. I grew up in the North courtesy of the Lorry of Baba Muraina. Who I followed to the North and decided to stay back. I was a kind of vagabond who has nobody to take care of him. So I had a checkered background, there is noting anybody is going to tell me about poverty.

There is noting anybody is going to tell me about riches. I fit into any kind of society or circumstance. “I have risen to the peak of my career; am not just a Bencher, I am a Life Bencher. And I became a Life Bencher at the age of 45, the youngest ever.”

But it was not by sudden flight, like the white men will say that, “the height reached by great men is not by sudden flight”. I suffered. What I went through I can never wish that for my enemy. I started feeding myself at the age of ten. I had graduated from the University of Ibadan here before my blood mother got to know.

I never set my eyes on my biological mother until sixteen years, eight months, after I had left the compound to join ‘Alejolowo’. Because the instruction was that if I don’t learn the trade of mechanic, in that mechanic workshop, I should not come back to the compound and I said so be it. By then the ‘Spare Parts and Planks’ market were at Okebola, where the old St. James is located now.

Presently. I am an Associate Professor, Political Science at the University of Ibadan. “I decided to go back and study another course so that I could have graduation photograph”. Because when I graduated in Law I couldn’t pay #400 for my photograph.”

With all your experience and achievements, what is the biggest lesson you have learnt about life?.

That God is in charge of the universe. Don’t you ever try to play God over any issue affecting you. It is the Lord’s doing and it is marvellous in our eyes. As a man of Christian faith, former Sunday School teacher, I have seen it all and I know that God is indeed in charge of the whole universe. You don’t even know what is going to happen to you in the next moment. One of the happiest moment of my life was the day I delivered a lecture at an international forum, in the midst of my lecture colleagues, spanuing from 93 countries, in Chanceling in London all rose to their feet and started clapping. When I got that standing ovation people walked to me and I started crying. I just remembered my past, that made me busted into tears and it was tears of joy. How I wish my grandfather was alive? How I wish my foster grand stepmother, Mama Adepate was alive to witness the day. God has been gracious to me, God has been good to me. In fact, God has taken me beyond my wildest imagination. So becoming the governor is just icing on the cake, it is not adding anything to my life.

God brought me out from the gutter. God made me from nothingness, so there is nothing for me to be boastful about. Like God said that, “He will be merciful onto those He will be merciful on” and in the Quran, Allah said “Maishau” that whatever He wishes He does. That if He wishes He makes the nonentity to be governing the intellectual. That was why you had Abacha manipulating the likes of brilliant minds like Abiola, Ya’adua and Obasanjo. If God packages you there nothing anybody can do to un-package you. They will try, but they will fail.

How I Got Into The Hair Industry...