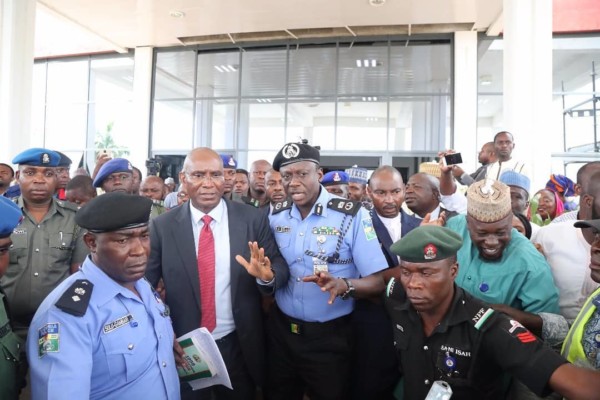 The ruling judge, Nnamdi Dimgba on Thursday stated that the Senate is only empowered to suspend an earring member for 14 days and 1 legislative day.

Justice Dimgba, therefore, ordered the immediate reinstatement of Senator Omo Agege his salaries and other entitlements should be paid.

Senator Omo-Agege was on April 12, 2018, suspended during plenary over the remarks he made at a press conference that the amendment of the 2010 Electoral Act which changes the sequence of elections set by INEC is targeted at President Muhammadu Buhari.

Although he had previously apologised to the Senate over his comments about electoral act Amendment.

Senator Omo-Agege alongside nine others accused the National Assembly of deliberately adopting the conference report on the amendment which they allege had a pre-determined motive targeted at President Buhari.

Court Nullifies Omo-Agege’s Suspension By Senate was last modified: May 10th, 2018 by Reporter