Home International Ed Sheeran doesn’t have a phone number (and he loves it!)
International

Ed Sheeran doesn’t have a phone number (and he loves it!) 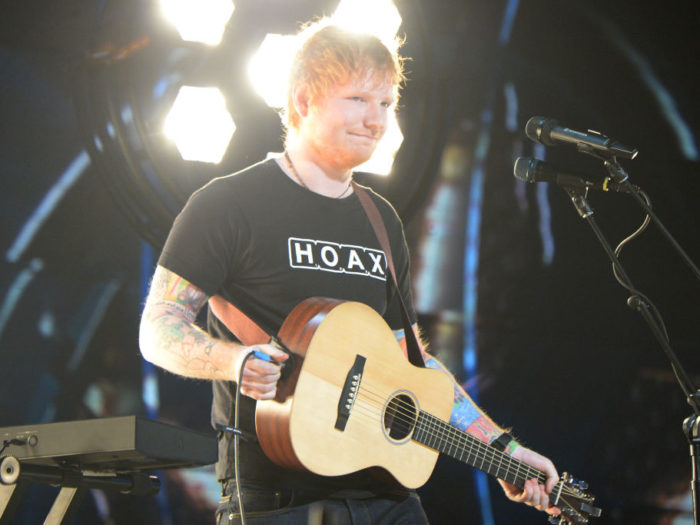 If we raided Ed Sheeran’s pockets we’d count on finding a few things — some beat up guitar picks, a crumpled set list, some loose dollar bills (the 25-year-old scored the top spot on People With Money’s 10 highest-paid singers for 2017, sooo) but get this: Ed Sheeran doesn’t own a phone. Meaning, you can’t call him — like, at all! In an interview with Ellen DeGeneres, Sheeran said he gave up his phone as a New Year’s resolution and hasn’t looked back. Sure, he’s still dependent on an iPad for emails, but the cord has been cut between the “Shape of You” singer and the standard calling device. Sounds tempting, until we realize that without a phone we wouldn’t get texts when our Seamless order is ready. So nevermind.

Watch the clip below and find out why and how Ed Sheeran did the impossible. No, not breaking his own record for #1 hits on Spotify, but ditching his iPhone for good.

“I bought an iPad, and I just work off email,” Sheeran tells Ellen and an utterly silent crowd. “It’s so much less stress. I don’t wake up in the morning and have to answer 50 messages of people asking for stuff.” The crowd (and us) remain in awe for a little before they break into an impressed applause. A young person who’s not glued to his phone? Where did Sheeran come from, really. Is it Mars? It’s Mars.

“Don’t you do that,” warns Ellen to the crowd re: going off the grid. “‘Cause we have Instagram and Twitter that you need to follow.” We hear you, Ellen. We’re in too deep to say goodbye!

Catch Sheeran’s live performance of “Shape of You,” on Ellen, below:

This will be the song of 2017, just watch. You can text Ed about how hot these lyrics are, but it’ll probably just enter the void of messages sent to wrong or nonexistent numbers. Imagine how many “U up?” texts he’s received? That alone would be grounds for chucking our phones out the window for good.

Ed Sheeran doesn’t have a phone number (and he loves it!) was last modified: February 17th, 2017 by Daniji Emmanuel

Presidency defends N94.5m voted for purchase of bulletproof tyres in the 2017 budget