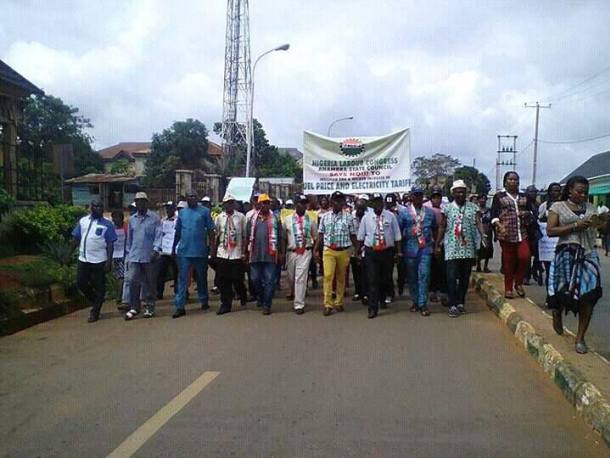 The National Association of Nigerian Students (NANS) has urged the Federal Government to fulfill its pledges to the Academic Staff Union of Universities (ASUU).

NANS President, Chinonso Obasi said this in a statement released to newsmen ,Tuesday, in Abuja.

ASUU had embarked on a nationwide strike, claiming that the Federal Government has refused to fulfill its 2009 agreement.

The union and the government engaged in a series of meetings in order to ensure that lecturers return to the classroom.

ASUU has suspended its strike but have a condition that it would resume if the Federal Government does not fulfill its pledges before the end of October.

“Dialogue is always the panacea for crisis resolution and the suspension of the strike is a welcome development that will bring relief not only to the students but also their parents as students can now return to school and continue with their studies.

“NANS however believes that just as ASUU has demonstrated responsibility, faith and understanding, the Federal Government should also demonstrate a sense of responsibility and endeavour to comply with the understanding reached to avert another level of face off with ASUU in the near future.

“The Federal Government should prioritise investment in the educational sector for the benefit of Nigeria. A situation where students are compelled to spend longer time than necessary for a particular course of study on a account of incessant strikes is a serious setback for the country.

“The students are always at the receiving end whenever strikes are declared. ASUU should always consult with NANS leadership as critical stakeholders in the educational sector before declaring or proceeding on strike in the future, “ NANS said.

FG MUST FULFIL PLEDGES MADE TO ASUU – NANS was last modified: September 19th, 2017 by Arinze Ago