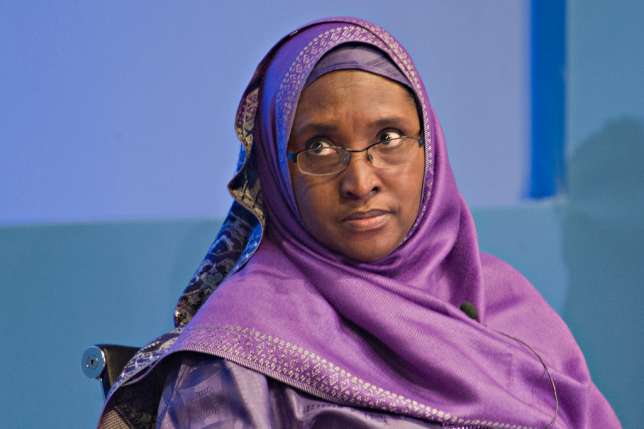 The Minister of Finance, Mrs Zainab Ahmed, on Thursday, described the International Monetary Fund’s (IMF’s) advice to the Federal Government on the need to remove fuel subsidy as good advice.

Speaking at the sidelines of the ongoing IMF/World Bank Spring Meetings in Washington D.C, she said: ” The advice from the IMF on fuel subsidy removal was good one but also we have to implement it in a manner that is both successful and sustainable.

“We are not in a situation to wake up one day and just remove subsidy. We have to educate the people, we have to show Nigerians what the replacement for those subsidies will be. So, we have a lot of work to do. We also need to understand that you don’t remove large amounts of subsidy in one go, it has to be graduated and the public has to be well-informed on what you are trying to do”.

The minister said the minister met with the IMF and have reviewed the IMF Article IV Consultation with Nigeria report, which was positive. “The review was a positive one and had good advice from the IMF to Nigeria and they have indicated that they are available to provide technical support to improve our liquidity management, our debt management and other fiscal measures,” she said.

Mrs Ahmed said President Muhammadu Buhari has directed that the minister looks at every area that requires reforms.

The minister said the Federal government has asked the World Bank to review some of the initiatives that it has put in place, including those that involve them looking at implementation systems on areas they are providing funding for infrastructure.

“What we found in Nigeria is that the Environmental and Social Standards (ESS) put in place by the World Bank is causing significant delays in the rollout of infrastructure. We understand that it is well intended but we have informed them that they need to review how they implement it so that we are not overtly slowed down because of the new proceedings,” she said.