Fresh Prince Out With A New Banging Single “Sorry” 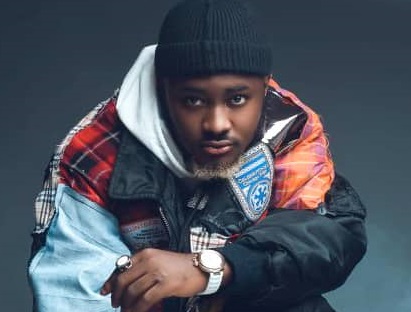 Fast rising Nigerian Afropop artiste Adewale Damilola David who goes by the stage name Fresh Prince Lomo is not allowing the CoronaVirus pandemic which has immensely affected the entertainment industry to slow him down. The talented artiste just released a new melodious single “Sorry”.

According to Fresh Prince, “the year 2020 started on high a note and came with a whole lot of big dreams and expectations before the CoronaVirus pandemic struck and ended up to disrupt plans of many people across the world. The music industry was not spared and like they used to say, “the show must go on”, this was the reason why I had to hit the studio with my producer to work on various songs, and we eventually settled to release “Sorry”.”

Fresh Prince was born in Agege a Lagos sub-urb in Nigeria, the lifestyle and hustles associated with the environment influenced his style of music. He started as a member of a music group from Agege, called YSG before going solo.

In 2013, Fresh Prince’s music journey took a huge turn when he met ace producer, Bazetubeatz who became a brother and inspiration. Fresh Prince got signed to his Gifted Hands Music in 2017.

He was also one of the 5 winners selected in the Mavin Records sensational singer, Korede Bello’s “Joko” challenge which earned him a collaboration spot on the song.

Fresh Prince who sometimes fuses Trap with the popular Nigerian music genre, Fuji has to his credit, hit singles such as “What’s Up”, “Damilola”, “They Love The Way’ featuring 9ice, “Connect” among others.

Fresh Prince Out With A New Banging Single “Sorry” was last modified: September 20th, 2020 by Reporter