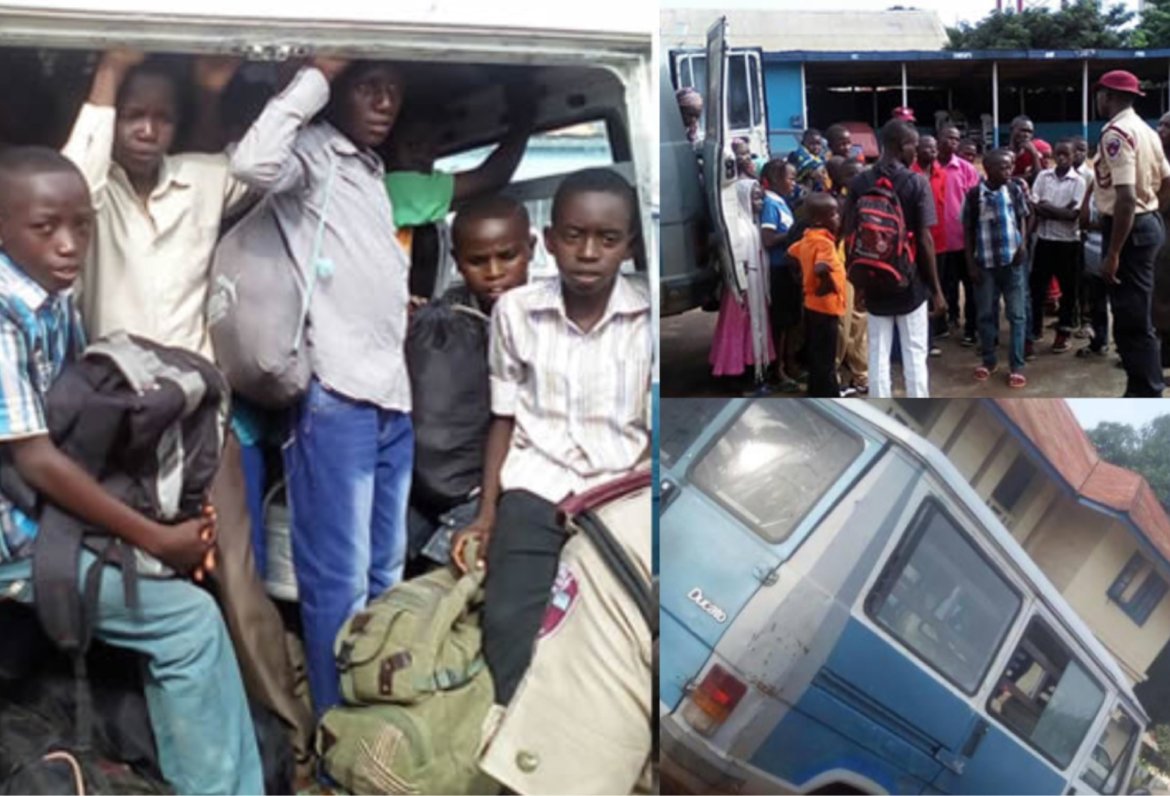 The Sector Commander, Malam Umar Ibrahim, told the News Agency of Nigeria (NAN) in Kaduna on Thursday that the suspects, a driver, and one other adult were arrested on Wednesday on Kaduna – Zaria Expressway.

According to him, the suspects were arrested by FRSC patrol team led by Assistant Route Commander Audu Usman, when he stopped a Fiat Bus (J5) with registration number XC 532 ZAR for overloading.

“Our patrol men along Kaduna – Zaria expressway, around 3 p.m. on Wednesday, stopped a white and blue colour fiat bus popularly known as J5 for overloading.

“On checking to see what the bus was loaded with, our men discovered it was stuffed with 44 minors and one other adult.

“When asked, the driver, one Dauda Ezekiel of Gubuchi Village , Makarfi Local Government Area of the State, said he was hired to transport the occupant to an unidentified location.

“But the other adult claimed they were going for a church programme.

“Our men became suspicious and immediately impounded the vehicle and booked the driver for overloading and speed limit device violation,” he added.

Ibrahim said he later alerted the Commissioner of Police, Kaduna State Command, and handed over the vehicle and the suspects for further investigation. (NAN)