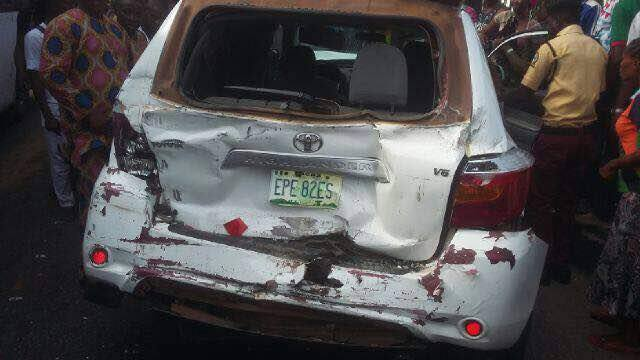 While going to perform at an event in Festac, Lagos, he was hit by a truck whose drive lost control at Onipanu, Bus Stop.

The white Highlander Jeep with plate number EPE-82-ES, the Fuji Star was in totally damaged beyond repair.

Malaika was injured at the chest and hands. Yemi Oladehinde who drove the Highlander Jeep had minor injury at his fore head.  Azeez Aziko , Segun Emo, Alhaji Saheed Sanni had injuries as well.

After the driver of the truck came back to his senses that he had damaged three vehicles, he absconded. It took the effort of some sympathizers who ran after him, while other people rescued Malaika and members of his band in the vehicle with him.

The truck driver was immediately handed over to the Police at Onipanu Police Station.

Malaika is currently at the hospital receiving treatment.

“I thank God that I’m alive and my team.  Some people would have little accident that is not up to this, they are dead by now. I appreciate God that it is not beyond this. I don’t really have to say. I thank my fans who have been calling me after the sad new broke”, Malaika said while receiving treatment at the hospital 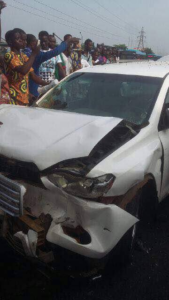 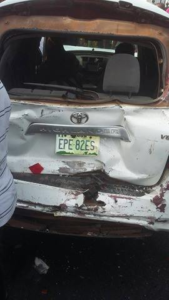 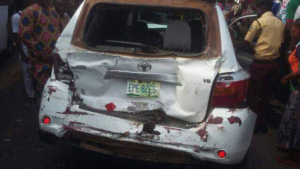 In case You Missed It: Church wedding of Olujuwon Obasanjo and Temitope Kessington [PHOTOS]