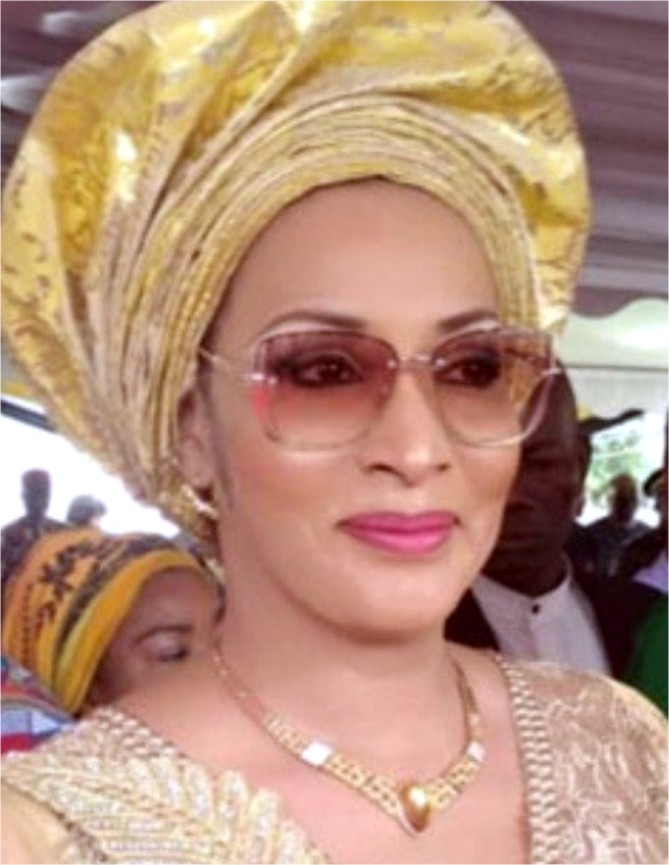 One of the biggest stories that made headlines in the past few days has been the drama between Bianca Ojukwu and Ebele Obiano, wife of former governor of Anambra State, Willie Obiano. The duo caused quite a stir and very nearly brought the inauguration of the new governor, Charles Soludo, to an abrupt end when a scuffle ensued between them. The former first lady had left her seat and walked up to Bianca Ojukwu who was sitting not far away. They both exchanged a few words laced with venom and then, all hell was let loose when Bianca lashed out at Ebele and struck her on the face with a thunderous slap. This disrupted proceedings for a few minutes before normalcy was restored and the enraged ladies were eventually pacified.

The question on the lips of many was, what actually went wrong between these two? Their quarrel just didn’t start on the day of the inauguration, what is the story behind the show of shame witnessed last 2 weeks? Who offended who? Let us tell you what City People found out. Bianca and the Obianos had been very close. According to the Obi of Awka Ancient Kingdom, His Imperial Majesty, the Eze Uzu 111 of Awka, Obi Austin Ndigwe, he explained that Bianca and the former Anambra first family had enjoyed a good relationship from the start. He stated that “It is on record that I took Obiano and his wife, Ebele to Bianca Ojukwu, where they knelt down while seeking the party’s governorship ticket. Bianca endorsed Obiano and called on all APGA members including the then Governor Peter Obi to support him. It is the same Bianca that Ebele has now publicly insulted. This is a taboo against the tradition of the Awka people and the entire Igbo race who are known for peaceful coexistence.” The traditional ruler went to issue an ultimatum to Ebele, giving her only 7 days to tender a public apology first to Bianca Ojukwu, then to the governor of the state, Chukwuma Soludo and the entire Igbo race.

But that is not all there is to the story. It was alleged that in 2019, Obiano gave Bianca N500m to contest for APGA senatorial ticket. She was meant to give delegates N5m each from the money but she chose to pocket the money and insisted she must be given an automatic ticket. She felt she was the wife of the founder of the party and so deserved such right. Obiano was said to have agreed with her but other members of the party refused. They prevailed on the wife who is believed to wield an enormous influence on the governor. She persuaded her husband to drop Bianca and pick another candidate for the party. Somehow, Bianca got to find out it was Ebele who pressured the governor to drop her and pick another candidate and this was when their enmity started. Then, it was said that she embarked on a campaign of calumny against Ebele, alleging that she killed her husband’s first wife so she could marry Obiano and become the first lady of Anambra State.

Before now, Bianca was said to have had the privilege of nominating two commissioners and some board appointees. She was also placed on a monthly allowance of N5m. Her kids’ school fees were said to have been taken up by the government and other several privileges she enjoyed, but Ebele, it was claimed, stopped all these. Naturally, this got Bianca raving mad. She rubbished Ebele’s name at every political gathering she attended and began anti-party activities, especially when she wanted to become the leader of the women’s campaign team and Ebele and some other women blocked the move. Elders of the party, including Soludo, called her to stop her anti-party activities but it was said that she declined.

Part of the allegations levelled against her was that on the eve of the last elections, Bianca held meetings with Andy Ubah. She was also said to have taken up a paid advert in the newspaper saying she would never have anything to do with APGA again and that APGA was likely to lose the election.

At the moment, there are no visible plans yet to call for a reconciliation of the two prominent ladies. When the National Publicity Secretary of Ohaneze, Chief Alex Ogbonna was asked if there were such arrangements in the works, he said there was none yet.  Ogbonnia said, “On the reconciliation of Ebele Obiano and Bianca Ojukwu, I want to believe that with the time that matter will be over. Two people will always quarrel and they will reconcile. It is hoped that time will heal whatever wound that they have inflicted on themselves.”

“It is not expected to be a prolonged quarrel. So, by the grace of God, it will end like that but if we discover that it continues, for example now, if, after today, Mrs Obiano begins to make some comments or Bianca begins to make some comments, that is when it becomes so obvious that the matter is still lingering. “By next week, they should be sympathetic to each other. It is only when there is a lingering crisis that there is a need for reconciliation.”

Ogbonnia said the fight between Bianca Ojukwu, the widow of the Biafran warlord and Ebelechukwu Obiano, wife to the ex-governor Willie Obiano, does not represent the Igbo people and should not affect their bid for a stint on the presidency.

“Any person who uses that incident between Bianca Ojukwu and Ebelechukwu Obiano to join the Igbo is not being fair. We have to be sensitive. It is very unfortunate that one would use what happened between two women to judge the Igbo, especially in relation to 2023.”

READ ALSO: 70 SHOCKING THINGS YOU DON’T KNOW ABOUT TINUBU AT 70

70 Shocking Things You Don’t Know About TINUBU At 70