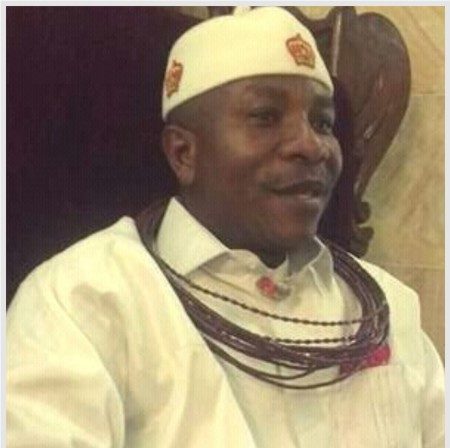 Travails of great men and women start with uncommon situations that threw them up for great things in life. For a former staffer of Industrial Training Fund-ITF, His Royal Majesty, Eze Felix Otuwarikpo, Ph.D., who seamlessly achieved greatness by working assiduously and pursuing academic excellence when others never gave him a chance. First; that the stool of Eze Igbu Upata III Clan in Ahoada East Local Government area of Rivers State was occupied by His Royal Highness, the late Eze Clifford C. Nwuche, the father of a former Deputy Speaker, Federal House of Representatives, Chibudom Nwuche, was a Second-Class king. But as providence would have it, after so many years of agitation by the subjects of the Eze Upata kingdom, His Excellency, Governor of Rivers State, Barrister Nyesom Ezebunwo Wike, a son-in-law of the kingdom elevated the Eze Upata traditional stool to First Class status and Dr. Felix Enene Otuwarikpo, an indigene of Ihuaba town in Ahoada East LGA, became the first king to be bestowed with a First Class status. This qualified him to become Chairman Traditional Council of Ahoada East Local Government Area of Rivers State. The area is a predominantly Crude Oil & Gas bearing communities in Orashi region. Whereas Ekpeyeland comprises Ahoada-East and Ahoada-West Local Government areas, a homogenous ethnic group in Rivers State. The monarch was elected to ascend the throne of his forefathers by the Upata Kingmakers on August 26, 2017. On Saturday, 16th September, 2017, His Royal Majesty, Eze Felix Enene Otuwarikpo was traditionally and officially presented to the public, and crowned the Eze Upata Kingdom III, a position he has held to date.

HOW HE EMERGED PARAMOUNT RULER OF EZE IGBU UPATA III

Before he was elected the Eze Igbu Upata III, on 26th of August, 2017, and crowned on 16th Saturday, September, 2017, HRM Felix Enene Otuwarikpo, Ph.D, was a director-cum-manager at the ITF, Corporate Headquarters, Abuja where he served his fatherland with patriotic zeal. Being a Public Relation guru, he served as head protocol as special services personnel, having once been appointed head of Media-cum-Publicity ITF, Jos, Plateau State Office. He obtained Bachelor of Arts (B.A) Degree in General Linguistics and Master’s of Arts, (M.A) degree Doctorate Degree, Ph.D in Law and Diplomacy with Specialisation in Conflict Resolution, all from University of Jos, Plateau State.

In his professional attainment, he has been able to carve a niche for himself as a fellow Nigerian Institute of Public Relations – FNIPR and fellow of the Institute of Arts Management and Professional Studies, which has distinguished him as an enlightened traditional ruler with versed experience as a scholar. In his quest to acquire internationally acclaimed global knowledge, he studied Global Business Strategy in faraway Galilee International Management Institute in Israel. Apart from all the above, he transversed all the nooks and crannies of the global communities as he attended professional courses, international seminars and conferences to update his knowledge on management. All these have elevated him to the current traditional stool that he occupies, Eze Igbu Upata III. And as regent of a highly revered First-Class Traditional Stool in Ekpeye Kingdom and in Rivers State. The immediate past occupier to the stool was late Eze Robinson O. Robinson, a former Flight-Lieutenant in the Nigerian Air Force.

Eze Felix Enene Otuwarikpo, in his service to humanity, has been rewarded with awards such as worthy son of South-South, which was bestowed upon him by The First African Church. He has been honoured with Justice of Peace-JP, by the Rivers State Government.

With his position as Deputy President of Ekpeye Logbo in-Council, which ascribed to him the highly coveted regent of Eze Ekpeye Logbo III, upon the demise of retd. Flight-Lieutenant Eze Robinson O. Robinson, the then Eze Ekpeye Logbo II, it became imperative that His Royal Majesty, Eze Felix Enene Otuwarikpo would immediately take over the reins of traditional administration of Ekpeye kingdom for the people of the area in Rivers State. His ascension did not come without a legal tussle as disgruntled persons sought legal action to stop him at Ahoada High Court before Justice T. S. Oji who eventually declared His Royal Majesty Eze Felix Enene Otuwarikpo the Regent of Eze Ekpeye Logbo in Council. He thus defeated Chief Okpara Romanus and others.

The favourable judgment came at a time he had health challenges that took him to India for treatment He has since returned with renewed vigour and strength to serve the good people of Ekpeye kingdom. Peace and tranquility have returned to the various communities rich in crude Oil & Gas wells that serve and make the economy of Nigeria bouyant. His kingdom is well known for her well flourishing cultural heritage as arts and culture remain area great export for Ekpeyeland. Nigeria’s finest golden voice, Burna Boy is a an indigene of the area. Mrs. Gift Uwame-Eke with stage name Muma Gee, is a traditional title holder in Ekpeye kingdom. Again, pretty-looking Nollywood actress, Princess Ms. Maureen Maduenyi hails from Ekpeyeland where Eze Felix Otuwarikpo holds sway.