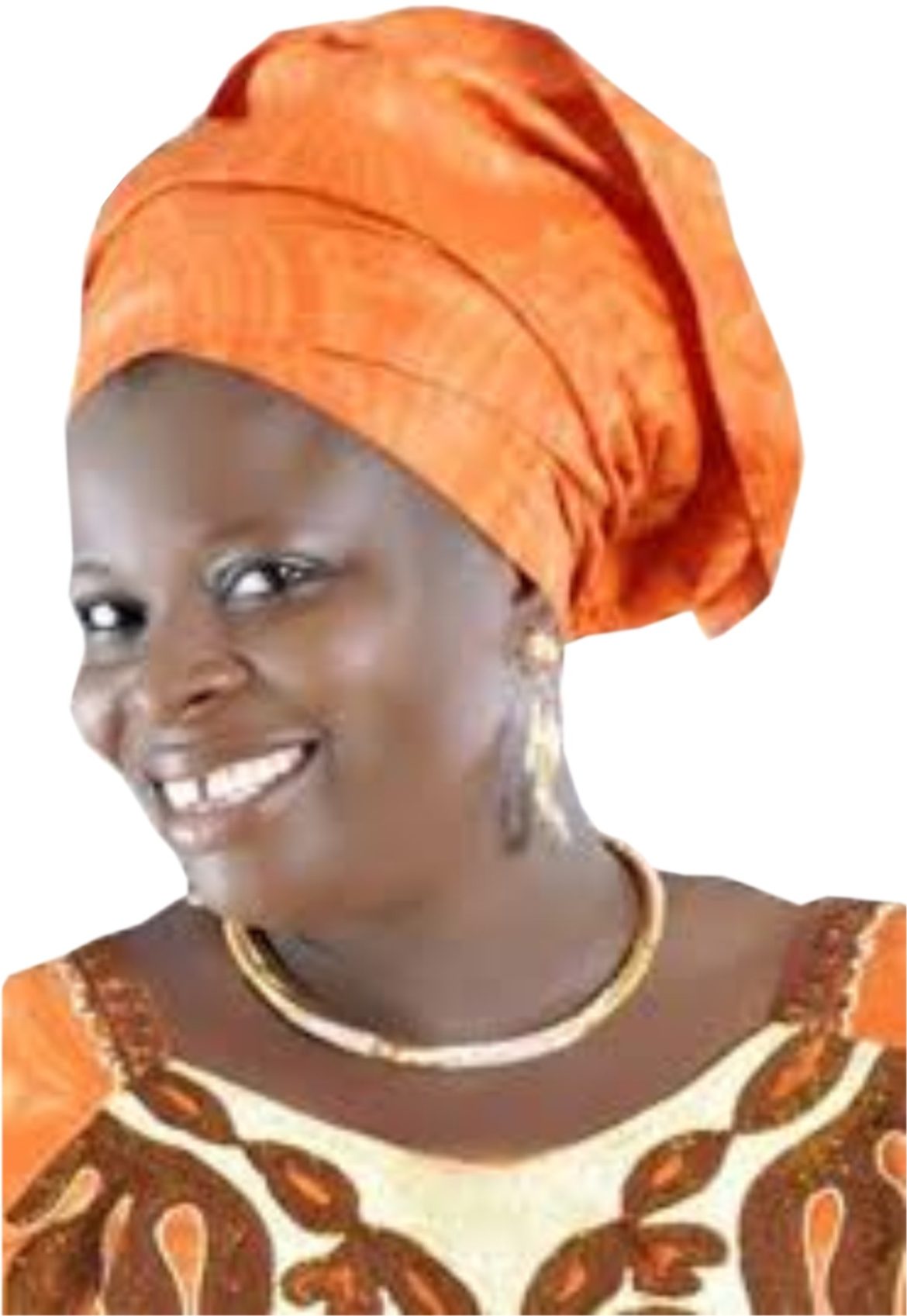 Many call her Mama Oriki, but her real name is Fausat Ayo Ewebiyi. She’s an award-winning Ewi exponent and performer. She is into singing, dancing and choreography, but her dancing is passive. In addition, she writes scripts, produces plays, as well as, soundtracks.

Ayo Ewebiyi is a cultural crusader, ambassador, and a theatre arts practitioner who had travelled far and wide in showcasing and promoting Yoruba Culture, Arts and Tradition through her cultural music, poetry and chanting.

She had her primary education at the Talimul Islam Ahmadiyya Primary School; Awori College, Ojo and Herbert Macaulay Girls’ High School for her Secondary education, while her tertiary education was at the University of Lagos under the auspices of National Troupe of Nigeria. She has represented Nigeria at different festivals of arts in countries like Brazil, the United Arab Emirates (Duba), Egypt, Algeria, South Africa and the United States of America (USA). Her company, Ayo Ewebiyi films, has produced several jingles. Notable among them is “Ire Mi A Waye” a political jingle done during a former Governor of Lagos State first term campaign. And it has many films to its credit, like, Oorun Ayo, Wura Aje, Gangan, Oloja Erupe, O Shele and Osundagbonu among many others.

Recently, Ayo Ewebiyi had her annual event, Ogo Yoruba Gbode, a Pan-Yoruba socio-cultural event she packaged to further promote the rich cultural heritage of the Yoruba nation for those at home and in Diaspora. She spoke exclusively with City People’s Assistant Editor/Head of City PeopleTV, SUNDAY ADIGUN, on how her career as a female poet started at Unilag 32 years ago. Excerpt.

Ogo Yoruba Gb’Ode is targeted at the Yoruba youth of today, many of whom are becoming estranged with the cultural values of the Yoruba. This event is aimed at rejuvenating their sense of belonging and appreciation of God-given prestige and richness of the Yoruba race.

As it is known that the glory of a nation is embedded in her citizenry, anyone of Oduduwa descent is a glory of the Yoruba race. Being a Yoruba son or daughter by birth alone is not enough to be called the glory, but having the right character and making a positive impact on the society with the blessings that Olodunare has deposited in one’s life. Being a cultural ambassador and crusader, culture could be a tool that could be used to sanitise the society. So, to further promote the rich cultural heritage of the Yoruba nation both at home and in Diaspora, we started Ogo Yoruba Gb’Ode, aimed to give recognition and celebrate the Yoruba sons and daughters who are making the Yoruba nation proud.

Your career, poetry, how did the journey start?

I was born into a family of six, the only child of my mother and I was named Faosiyat Motunrayo. I started what I’m doing now when I was in primary school because I believe art is innate and not something you pick up when you grow up. It’s something that’s inside you and blows when someone comes around to help you realise that dream inside you.

When I got to the University of Lagos in I studied Creative Arts and majored in drama. During our project, a man named Mr Lekan Oduntan asked me if I could chant and I performed it. Surprised, he asked me who taught me and I told him that it was something that was usually done in my village. That was how it all started in 1987. I never knew it was something that would be accepted.

While in the village, I would follow the Ogun worshippers and make a mental note of everything they did and later re-enacted it, but now, rather than put efforts into praising the orisas (deities), I learnt through my mum and guardian that there is a superior Orisa greater than all of the Orisas in this world and that is Olodumare (God Almighty). I take delight in praising Olodumare. This is what precipitated my first album, ‘Good Morning Olodumare’. Olodumare is the one who is the master of mysteries and all. He lives inside of you, so why won’t I praise Him? This is why I began my album with Oriki Olodumare, Elese Osun (One whose feet are camwood lotioned). My latest single is: Mofayobere because I’m starting this year on a joyful note.

What influenced your decision to go into the entertainment industry?

At a point, I was working as a computer operator. I would sit for hours to set a large volume of documents and I never got tired because I loved it so much and I was very fast. Each time I finished my work before the deadline, I would set scripts and songs and soon enough the computer memory was full. One day, my boss noticed this and advised me to resign and study Theatre Arts. I took it as advice. She paid me gratuity and that took me to Unilag.

I was faced with lots of challenges, but there’s an adage that says: “A road that is trodden every day, if not deserted, will become a very smooth path,” so I kept forging ahead. Today, I’m not where I want to be, but I’m closer to it than I was before. Then, I went on to do jingles for corporate bodies as well as for the Lagos State government like the one that ushered in the present governor during his first tenure as well as when he wanted to re-contest ewa gbo iroyin ayo come and listen to good news). It has been a fruitful ride ever since.

What kind of genre is your music?

It falls into traditional folk art. I call it gospel folk art (GOFAR) and my band is Ayo and Alayo voices. My style of music praises Eledumare and talks about being thankful all the time. It preaches morals as well as gives a melodious tune. It is fused with Western instruments and traditional voices.

Have you performed for Yoruba Monarchs who are custodians of Yoruba culture and heritage chanting your lyrics?

Yes, to the glory of God, I have performed Oriki chanting for several Obas including His Imperial Majesty, Oba Enitan Adeyeye Ogunwusi. The Ooni of Ife, His Royal Majesty, Oba Oyetunji Olanipekun Ataoja of Oshogbo, Ologidi of Ogidi, Oba Suleiman, in Kogi State. Oba Rilwan Oluwalambe Olojokoro of Ojokoro, just to mention a few.

How will you describe the industry as a whole?

The entertainment industry is thriving and I would say that it is not a place where you get into and you begin to say you are rated according to the number of years you’ve spent in the industry. If you have a good idea and there is no finance for you to bring it out, it is just like an idea whose time has not come, and when the time for an idea has come, nothing can stop it.

Tell us about your current and upcoming projects?

I’m a theatre arts practitioner and not just a singer and I have a number of things that I am working on. At the moment, I have a project which will be shot in two states in the US; one in New York and the other in Maryland and it will been titled: Osunfunmi L’America. The story is about a white woman, who came to Osun State during Osun festivity to record, take photographs, sell them and make money in America. So, when she finally came to Osun, she met someone who told her she had been selling such photographs too and that made her promise to do something for Osun.

The white woman promised to build a house for Osun, but she failed to fulfill her promise and later died of a disease. Her only daughter also started seeing images of Osun in mirrors and dreams. I have also represented Nigeria at festivals of art and have recorded a number of memorable encounters. I participated in Yemoja with the national troop of Nigeria and was also among the group who took Iba to Egypt and the Gods are not to blame to USA. I have represented Nigeria in different countries like Ghana, South Africa, Dubai and Cotonou.

How I Learnt How To Chant ORIKI Ibile 32 Yrs Ago – Popular Female Poet, AYO EWEBIYI was last modified: December 2nd, 2019 by Sunday Adigun