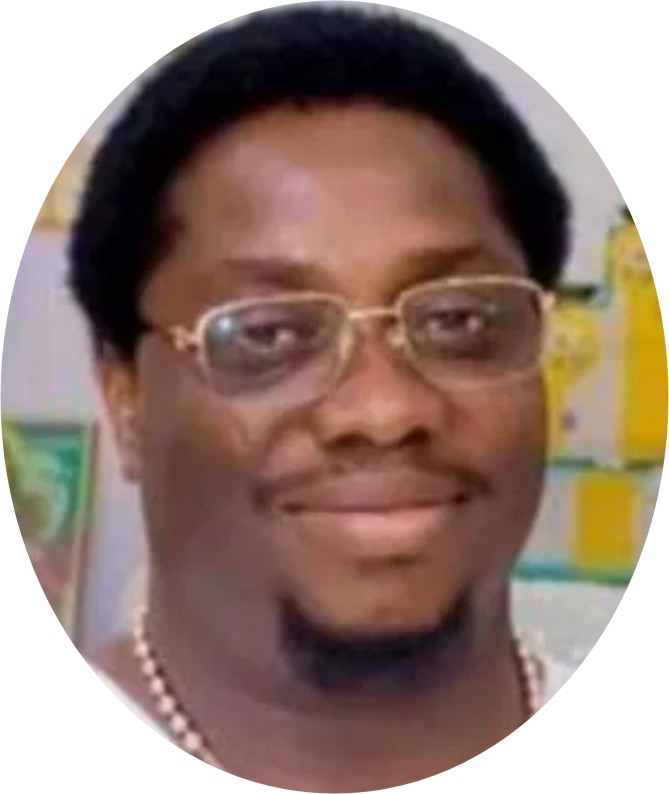 The death of Lagos socialite and philanthropist, Kayode Badru still remains a shock to a lot of people. Badru popularly known as Kay Money reportedly died on May 4, 2021 due to the severe degree of burns he sustained following a horrific fire incident he was involved in during a prayer session on a fateful day. His painful death came exactly 4 years after he got married to his lovely wife, Kofoworola. Badru who was also fondly called 7UP by his close friends lived a life of service to Humanity. For this, he would forever be remembered within the family members, among friends, neighbours and most especially the entire members of the Celestial Church of God where he worshipped till his death.

Badru was buried in his residence in  new Oko Oba, a popular suburb of Lagos. The remains of the Dubai-based socialite was ushered into the mother earth amidst prayers seeking God’s mercy over his soul. City People’s Jamiu Abubakar brings to you the blow by blow account of the whole burial service of Lagos socialite Kayode Badru:

BEFORE THE ARRIVAL OF THE BODY OF KAYODE BADRU

As early as 7am on Friday 21st May 2021, the resident of Kayode Badru was set to receive his body. His grave had already been dug and white tiles were well placed to beautify its walls. The atmosphere was calm and serene, chairs and canopies set in their rightful places, and a number of banners displaying the pictures of the deceased were displayed in strategic places. As at about 10am, people started trooping in to pay their final respect to the late Badru. Some on arrival went straight to sign and make remarks on the condolence note placed at the entrance of the main building. Many were waiting outside the deceased’s premises anticipating when the corpse would arrive.

ARRIVAL OF THE BODY OF THE DECEASED

Kayode Badru’s corpse was given a heroic welcome to his house and place of final rest. The entire neighbourhood came out to witness his arrival as undertakers all dressed in the garment of the Celestial Church of Christ danced in a procession with the corpse, accompanied by his family members, friends and associates. The procession began some miles away from the deceased’s house. As the long procession got into Morin Close, a stroll from his home, they brought out the casket of the deceased which was pure and sparkling white. At this point, the tempo of the beat and trumpets by the drummers and the trumpeters changed and got intensified. The entertainers danced in different styles while carrying the casket on their shoulders, raising it up and lowering it at intervals. By the time the procession got to the compound of the deceased, the place was almost filled to the brim. You could hardly find space to bend down to pick an object from the floor. Some of these people were seated while others were standing in anticipation of the corpse’s arrival. It is obvious on their faces that they were still very much in grieve as they couldn’t believe Kayode Badru was no more. Immediately the corpse got into the compound, he was taken to a well-decorated angle carved out from his car lot and the burial service began.

HOW THE BURIAL SERVICE OF LATE KAYODE BADRU WAS HELD

The burial service was fully loaded with hymns, prayers and admonitions. It started with the opening of the casket for Sanctification and Lying in State. CALL TO SERVICE was lead by Most Snr. Evangelist Ayodele Samson Taiwo from Celestial Church of Christ, Ogudu Express Cathedral. Immediately Opening Hymn was sung after which the doctrinal THREE MEMBERS’ PRAYER (by two males and a female of the church members) was said. The sought for the following:

(1) Remission of sins and the departed and acceptance of his gentle soul into bosom of Abraham.

(2) That the Lord remains the fortress, shield and buckler for the wife, children and relatives of the departed.

(3) That the church members, friends and sympathizers should bless with longevity of life in good health.

The casket was once again sanctified before it was finally closed. Hymns were sung, bible verse (Rev. 14:6-13) was read for people to ponder over it message, tributes were given by a representative of the committee of friends and two family members of the deceased.  The sermon of the day was highly soul inspiring and capable of rekindling hope. While giving the Sermon Shepherd-in-Charge CCC International Headquarters, Sup. Evang. Olatosho Oshoffa ably represented by Prophet Samuel Owatunde Marshal urged the bereaved to seek solace in God as Kayode Badru has gone to be by the side of the Lord where he will die no more. He however testified to the benevolence of the deceased and admonished all and sundry to live an impactful life. The celestial creed (Ijewo Igbagbo) was congregationally said after which closing prayer was done.

Before Kayode Badru was finally laid to rest, the noble CCC Hymn (AWAJA, AWAJA, AWAJA) was sung to accompany his body to the graveside. Also selected Bible passages were read in between the AWAJA hymn.  This was followed by prayers, more hymns, the THREE MEMBERS’ PRAYER, Word of Exhortation and Sanctification of the grave with Incense and Holy water. His body was finally lowered into the grave while his wife, children, relatives and the church priests sprinkled water on his corpse to bid Badru farewell. They however ushered him into the hands of God for the homeward journey of the departed. The grave was finally closed after everybody had returned back to their respective seats.

PRAYER MADE FOR THE FAMILY OF THE DECEASED

The entire officiating ministers and everyone present at the event rained prayers on the immediate family and relatives of the deceased as they went on their knees.

ATMOSPHERE AT THE EVENT

The atmosphere at the burial was calm. The weather was friendly as there were occasions the sunshine became intense and at intervals, the intensity went down. The mood of most people was reflective as they acknowledged the admonition by the sermon which emphasized that “Death is inevitable and everybody would surely die at their appointed time”. The majority of those present at the ceremony were members of the Celestial Church of Christ. They all came out in their white angelic garments, a significant colour to their doctrine of worship. After bidding farewell to the deceased, the family hosted guests to sumptuous meals. A number of spiritual and gospel singers entertained the guests with songs that restored hope and preach good virtues. Also thrilling the audience was ace radio presenter, Olaleye Bamidele popularly called MC Apala. Foods and drinks were in abundance for those that cared for it.

MEET THE OFFICIATING MINISTERS AT THE Burial SERVICE

How LAGOS Socialite, KAYODE BADRU Was Buried was last modified: May 24th, 2021 by Jamiu Abubakar