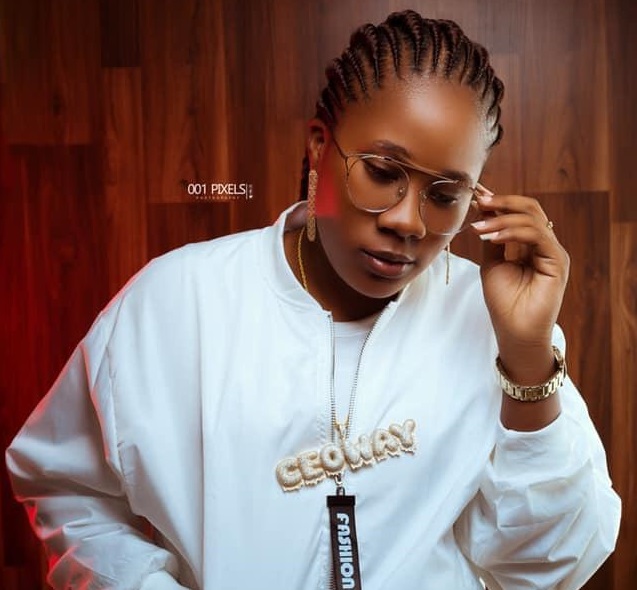 She is the daughter of Fuji Star, Pasuma but you won’t know unless you are told. This is because this pretty lady everyone calls Rawkey White will not tell you unless you ask her.

She says it is deliberate. She wants to chart her own course. She does not want to live in the shadows of her dad.

So she wants you to relate with her on her own merit. She believes shes got the talent and passion for what she does and she thinks this should see her through to success.

Although everyone calls her by her industry name, Rawkey White, her real name is Rokeebat Bolaji Odetola.

At 24 she feels accomplished with what she has been able to do for herself since 2012 when she veered into artiste promotion and management.

She is one of the young and hardworking babes making waves in the Entertainment industry. She currently manages 2 music acts.

They are Otega and Mr Benson.

Both are upcoming acts.

At first, her dad didn’t want her to be an artiste manager. And he told her so. But she pleaded with her dad to allow her to follow her dream. Over time he agreed. And she promised her dad that she won’t let him down.

And so far so good. Her dream is to manage her dad some day. “That is my dream and prayer and I know it will happen pretty soon.”

APC Has No Governorship Candidate In Bayelsa – Court Declares