Home News ‘I’ve never been so sick in my life’, Buhari opens up
News 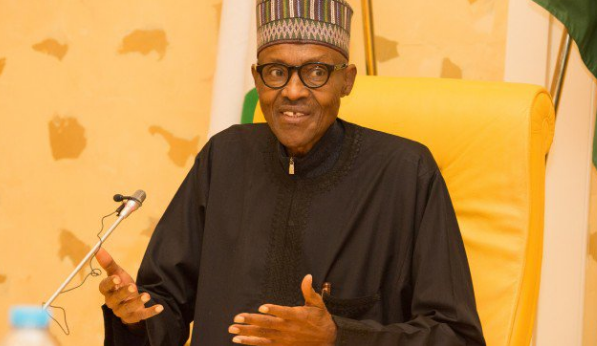 President Muhammadu Buhari has opened up on his health condition, saying he has never been so sick in his life.

Buhari returned to the country on Friday after a 49-day medical vacation in the UK.

Vice-President Yemi Osinbajo led top government officials to receive the president at the helipad in the presidential villa, Abuja.

The plane which brought him from the UK touched down at the air force base in Kaduna around 7:47am, and he boarded a chopper which conveyed him to Aso Rock.

Speaking during a meeting attended by some governors and John Oyegun, national chairman of the All Progressives Congress (APC), Buhari expressed gratitude to Nigerians for all the prayers and show of goodwill.

He revealed that he underwent lot of tests and even had a blood transfusion.

Buhari also said he may undergo some medical checkups in the weeks ahead.

“I have rested as much as humanly possible, I have received I think the best of treatment I could receive. I couldn’t recall being so sick since I was a young man, including the military with its ups and downs. I found out that technology is going so fast,” he said.

“‎Blood transfusion, going to the laboratories, and so on and so forth, but I am very pleased that we, when I say we, I mean the government and the people all over are trying to keep with technology.

“I couldn’t recall when last I had blood transfusion, I couldn’t recall honestly, I can say in my 70 years, ‎I can’t remember this drug that Nigerians take so much, very common.‎ I think one of our terrible things is self drug administration. We have to trust our doctors more and trust ourselves more, the places I visited they only take drugs when it is absolutely necessary, they don’t just swallow everything.”

He spoke of a difference between the vacation he had last year and the recent one.

Buhari said this time around, he and Osinbajo took turns to go on vacation.

“When it was getting to Christmas, I told the vice-president to go home, because I knew he had a church to attend.

“I said ‘let us do it turn by turn, you go for Christmas and New Year and when you come back I will go’. He said yes, but I suspected he didn’t go home. When he came back, I said ‘It will be my turn in some months’.

“This time around I said we better do the same, I didn’t know he had the same principles… I feel that I was a little more tired than I probably was in last 18 months. Whatever the case, I am very grateful that Nigerians are appreciative of what all of us are doing as a group. I am very pleased with them.”

He said while Osinbajo had “youth and intellect” going for him, he had age and “purely military experience”.

“I am pleased that the vice-president enjoyed this break and he has to do much more this time around,” he said.

“Youth and intellect is squarely behind him, age and purely military experience is behind me. Continue to do the work, Nigeria will continue whether we are here or not, and my single most important advise is for you to take education of everybody under you very seriously. Your children our relatives, our constituencies, education education, education. We must do more on education.”

Responding, Osinbajo described Buhari’s return as a thing of joy. He expressed satisfaction that the president came back ‘‘hail and hearty’’.

Displaying his sense of humour, Osinbajo said it was not easy going about in borrowed robes.

He also thanked Buhari for the confidence he reposed in him.

“It is a day of joy not only for us but for the whole country, Africa and the world,” he said.

‎”Mr President, I must say that personally, it has been a very challenging for me. First, I must say that I want to thank you very much for the confidence reposed in me, by handing over the realm of government to me in the capacity of acting president,” he said.

“The constitution which we all swore to is important because it outlines the code of conduct. I want to say not only am I, but I am sure the entire nation is grateful to you.

“I must say that it has been an interesting period going around the nation maybe in borrowed robes. I must say I had a very interesting and challenging time but above all, the president gave us the good support.”

‘I’ve never been so sick in my life’, Buhari opens up was last modified: March 10th, 2017 by Reporter